There are words and proper names that, due to their sound or their ability to identify the whole, go beyond the meaning itself. 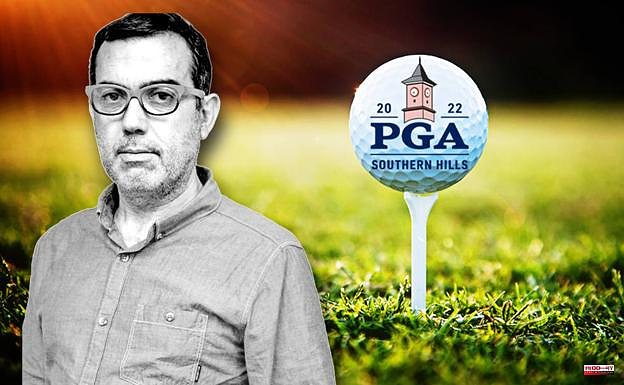 There are words and proper names that, due to their sound or their ability to identify the whole, go beyond the meaning itself. Leaf Storm, for example, is a fascinating term because the forest begins to crunch under your feet as soon as you say it. Something similar happens with Oklahoma, the corner of the United States to which this journalist has been sent to cover the information of the PGA Championship, the second 'Major' of the season. It is true that everything American always sounds very American: Missouri, Maryland, Pennsylvania, Indiana, Salt Lake City... But Oklahoma, at least it seems that way to me, resounds even more and immediately transports you to that depopulated and deep that appears less in the cinema, to those immense plains in which not so long ago the natives moved freely before the starting signal was given to the race for the settlements of the settlers.

My destination airport was Dallas, Texas – two other names that would go a long way – and the four-hour drive from there to the hotel in neighboring Oklahoma was priceless, almost dreamlike. Crossing the border between both territories was like traveling to another dimension. Also to another time. The stressful and incessant landscape of houses, restaurants and gas stations on both sides of the road gave way to another in which it was difficult to find a home –almost everything was ranches– and meadows abounded with an infinite horizon. And suddenly, in the middle of the immensity, a gigantic prison. It wasn't hard to imagine a prisoner escaping after months of preparation and his frustration at finding out there was literally nothing out there in the promised land. Not even a few lights to walk towards. The image of the prisoner knocking at the prison door asking for re-entry also comes to me.

Highway signs announce towns with evident Indian reminiscences: Checotah, Atoka, Tahlequah, Choctaw... Shortly before reaching the crossroads of this small town, a sign announces a casino one kilometer away. I don't know where so many people have come from, but it's getting dark and the parking lot is filled to the brim. Do not think of those gigantic and opulent buildings converted into gambling houses and with garish lighting that bothers even on the Moon. Here they are much more humble, made of orange or brown brick and on one level. Many are managed by the Cherokee community. Until then I had not realized that the town where my hotel (motel) is called Muskogee. There is a casino nearby, also owned by native descendants. And yes, it does have an ice machine in the hallway. And yes, everything is closed for dinner but there are machines with food and drinks. The only thing, it has wifi, which breaks the discourse a bit.

Billboards in the United States are a great source of inspiration for storytelling. There was one between Texas and Oklahoma that advertised a specialty store selling horse-drawn carts for the Amish, which, unlike Ohio and Pennsylvania, have very small communities in this area. A kilometer from my headquarters there is an Amish restaurant where they offer breakfast all day The 'staff wanted' of some bars, restaurants and businesses in the Basque Country reaches a supreme level here, with gigantic billboards on the hills They can be seen from the car. Numerous law firms offer themselves on similar boards with slogans that in many cases address 'who is incarcerated'. I mean, who can't even read them. Unless they are intended for the inmate who has managed to escape that we talked about before.

1 “In Mexico I recovered my essence” 2 Important drinking water supply issue in Saint-Lin-Laurentides 3 Quebec announces a new police team dedicated to kidnappings 4 Petronor has stopped buying oil from Russia, its second... 5 Galán prepares his most complicated shareholders'... 6 IMQ summons its shareholders to reform the statutes... 7 “Le Restaurant”: “Entering catering other than... 8 Official launch of a seven-storey building project... 9 The Petit Poucet robber gets 5 and a half years 10 Death of Celine Dion's former publicist, Francine... 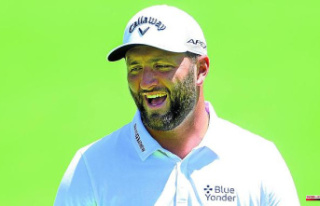 “In Mexico I recovered my essence”