Sara Baras, Ara Malikian and Miguel Poveda will go through the 'Magic Nights 2022'

The 2022 edition of the 'Magic Nights' at the Royal Site of San Ildefonso (Segovia) will feature performances, among others, by the kyiv Ballet, with 'Swan Lake', Sara Baras, Ara Malikian, Miguel Poveda, Café Quijano or El Brujo. 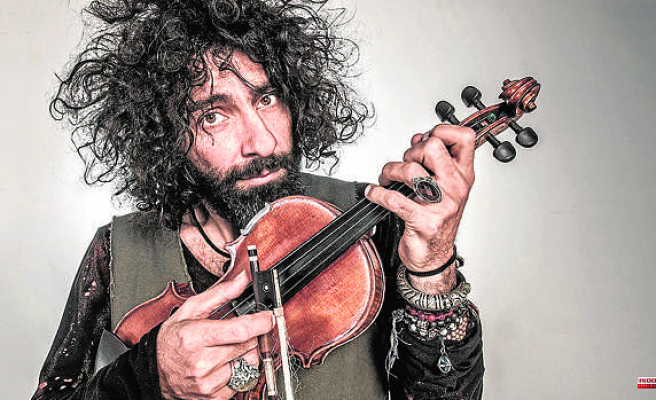 The 2022 edition of the 'Magic Nights' at the Royal Site of San Ildefonso (Segovia) will feature performances, among others, by the kyiv Ballet, with 'Swan Lake', Sara Baras, Ara Malikian, Miguel Poveda, Café Quijano or El Brujo. Appointments with the humor of Álex Clavero and David Fontecha, with tickets already sold out, and Goyo Jiménez, who will pass through the Central Courtyard of the Royal Glass Factory of La Granja. The first event, starting June 18, will be the appointment with classical music, with the XV International Festival Noches del Real Sitio.

The central initiative will be the XIV International Festival of Music and Dance, from July 30 to August 15, in the Central Courtyard of the Royal Glass Factory of La Granja.

It is the most popular programming, with some of the most recognized artists of the national and international music and dance scene.

It opens on Saturday, July 30, with the León group Café Quijano, with its 'Manhattan Tour'. The next day, Sara Baras presents her flamenco show 'Alma' at the Real Sitio de San Ildefonso. On August 1, the humor of stand-up comedians Álex Clavero and David Fontecha, who have already sold out.

On Wednesday, August 3, Rafaél Álvarez 'El Brujo', with his famous and remembered role as Lazarillo de Tormes. The next day, another international title, 'Swan Lake', with the National Ballet of Ukraine, or the kyiv Ballet. A leading company in world ballet, at the level of the world's great theaters such as the Bolshoi, the Kirov and the Paris Opera, with the legendary National Theater of Ukraine as its headquarters.

The soundtracks of the great films in the history of cinema of the last century bear the signature of great composers. On August 5, Tribute to Morricone, Williams and Zimmer, performed by the Royal Film Concert Orchestra, under the baton of maestro Kynan Johns. On Saturday, August 6, the violinist Ara Malikian returns to Segovia, with his 'World Tour', which is "a tribute to those beings who are as free as a free bird".

The magic of Jorge Blass will be the appointment on August 7, with a show to discover new and surprising illusions for an hour and a half for the whole family. On the 8th, guaranteed laughter with the comedian Goyo Jiménez and on the 9th, Queen Revolution, from Italy, one of the best tribute shows to Freddie Mercury and his band, with two hours of his greatest hits On Wednesday the 10th, Segovian Antonio Hens, who has become the great promise of urban indie pop, who defines himself as impulsive, chaotic and familiar. On Friday the 12th, 'Noches de Fuga y Contrabando', 25 years of songs by 'Rulo y la Contrabanda'. Rulo celebrates in style his 25 years recording albums, 13 as composer and singer of La Fuga, and 12 as Rulo and La Contrabanda.

On Saturday the 13th, the musical 'La Llamada', which has won over a million and a half viewers, with electro-latino and Whitney Houston, led by Nerea Rodríguez, Clara Alvarado, Lucía Gil, Marta Sango, Roko, Erika Bleda, Marta Valverde and Richard Collins-Moore. The personal and unique universe of Miguel Poveda returns, on August 14, with 'Diverse' at the Magical Nights of La Granja. It is his last studio album. He ends the festival, on August 15, with a children's event 'Masha and the bear', a series that is a phenomenon on YouTube.

1 The imposition of Valencian on a father and teacher:... 2 The Superior School of Dramatic Art of Cuenca takes... 3 Feijóo declares his assets in the Senate: two houses,... 4 They revoke a 10-year sentence for sexual assault... 5 Approved a new decree to improve the Network of Performing... 6 Luis Enrique: "There will be surprises before... 7 Javier Tebas: «The one who is in a plot to eliminate... 8 Marion Cotillard: "We have a lot to learn from... 9 More than 100 registered in the Abánades Trail, the... 10 The PP denounces the neglect of the PSOE local government... 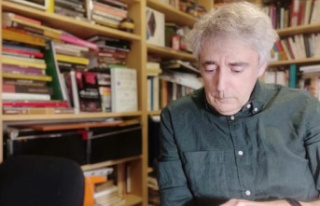 The imposition of Valencian on a father and teacher:...