FC Bayern can't use this argument at the end of a turbulent season: there is said to be tension between coach Julian Nagelsmann and sporting director Hasan Salihamidžić. 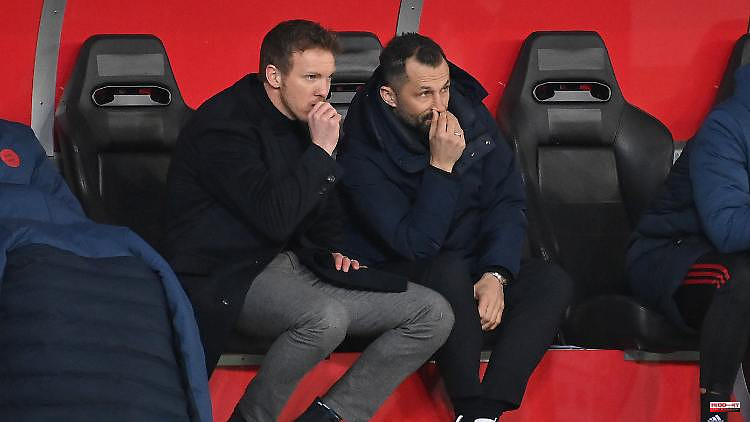 FC Bayern can't use this argument at the end of a turbulent season: there is said to be tension between coach Julian Nagelsmann and sporting director Hasan Salihamidžić. This is fatally reminiscent of the relationship between "Brazzo" and Hansi Flick.

The first big deals of the summer fluttered past FC Bayern. Nico Schlotterbeck is moving to BVB, as is Karim Adeyemi. Both are internationals with bright prospects. In the understanding of the great Uli Hoeneß, players who fit the record champions are therefore essential. Erling Haaland is also off the market, the striker is moving to Manchester City. Nothing more needs to be said about the Norwegian, he has the potential to dominate international football for years to come. And then there is Niklas Süle. He was the best central defender in Munich this season - and is now moving on. To Dortmund. Crazy.

If "Sport Bild" has its way, then these wild personalities are just the latest excesses of Munich's reluctance on the transfer market, which is supposed to cause tension internally. Between coach Julian Nagelsmann and sports director Hasan Salihamidžić. For the club, this must feel like a bitter déjà vu - with the concern that the situation could escalate again. As with predecessor Hansi Flick. The current national coach had openly shared the squad disagreement with Salihamidžić, which had pushed the club to its breaking point emotionally. Flick didn't just want to be the executor of the bosses' fantasies. He wanted to (help) shape the squad. That would have started a revolution. Because such powerful trainers are not planned in Munich.

Nagelsmann is probably also experiencing this. According to "Sport Bild" there are several missed opportunities on the transfer market that annoy the coach. Schlotterbeck, for example, for whom the 34-year-old is said to have courted himself over the phone. Or Amine Adli, who switched to Bayer Leverkusen last summer. And also Denis Zakaria. The defensive midfielder from Borussia Mönchengladbach was available for just five million euros, Juventus snapped up. A central defender, a winger, a six - these are all positions that the record champions need.

The problem with the record champions: the financial resources are apparently limited. Should the transfer of the intensely courted Ryan Gravenberch from Ajax Amsterdam be implemented (30 million euros plus fees for consultants), funds would first have to be acquired through sales for further newcomers. This situation, combined with the hesitation in negotiations, is said to have displeased Schlotterbeck, among others. And Nagelsmann too. According to "Sport Bild", he has repeatedly submitted wish lists to his employer - however, the position of the coach in transfer matters is apparently weakened after Marcel Sabitzer's transfer. The captain of RB Leipzig should definitely come, came - and only rarely delivered good performances. He was even considered a candidate for sale again, but wants to try a new start for the new season, at least his advisor says.

According to the report, a restart would also be advisable between the sports director and the coach. Because the magazine writes that it should "simmer" between the two alpha animals. A critical situation that had not necessarily announced itself. Unlike Flick, Nagelsmann was the Bosnian's preferred candidate. He was already considered an "admirer" of the coach before he signed the world record transfer fee. As the "Bild" wrote in the spring of last year, "Salihamidžić and Nagelsmann are also on the same wavelength". Although the coach also has very clear ideas, he is less stubborn than his predecessor. Well, that appears to have been disproved now.

Munich's squad for this season was quite a bold bet. One that Salihamidžić consciously accepted. He defended himself against the transfer madness about Messi (PSG), Jack Grealish (Man City), Jadon Sancho (Man United) or Romelu Lukaku (Chelsea). He had good (reasonable) reasons. But the bet only worked to a limited extent - not all players redeemed what they had promised.

What FC Bayern can do this summer does not seem clear yet. According to "Kicker", only the transfer of right-back Noussair Mazraoui is clear. He comes on a free transfer from Ajax Amsterdam. Club colleague Gravenberch should come as a reinforcement for the midfield center. There are also rumors about Konrad Laimer, the powerful sweeper from RB Leipzig, and Borna Sosa, left-back from VfB Stuttgart. According to “Sport Bild”, however, the coaching team doubts that the latter two can be transferred.

The unrest in the club, which has carried through the whole season, much to Nagelsmann's chagrin, should be dealt with in one session. It should also be about the work of the coach, some stars are said to be dissatisfied with the complex exercises, as well as with the tactical orientation. The system should also be criticized by the bosses. The coach can also use his tactics to compensate for construction sites in the squad. The back three in particular, which Nagelsmann prefers, is said to have not been well received by Salihamidžić and was always an issue. Nagelsmann, on the other hand, repeatedly complained that he could not only be a coach, but was in demand as a crisis communicator on complicated issues such as Corona, vaccinations and Qatar, while the bosses Salihamidžić and Oliver Kahn held back discreetly. Very different from their loud and opinionated predecessors Uli Hoeneß and Karl-Heinz Rummenigge.

In the meeting, which according to "Kicker" could mean a "break" for the club, everything that didn't go well should be discussed. And probably also the design of the future squad. Because there are still big question marks with the current staff. What's next for Robert Lewandowski? What will become of Serge Gnabry? Both players are still under contract in Munich until the summer of 2023 and are actually indispensable for the club, but are flirting with new challenges. A lot of work for the sports director, but he is already dampening expectations of a major upheaval. "I totally believe in the team. We love these guys," he enthused on Sunday night. "These are great guys. And they will step on the gas next year." Does Julian Nagelsmann like it? 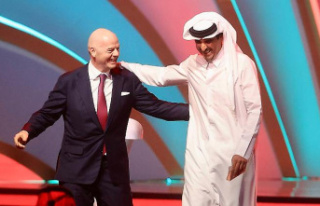 Because he is there himself...: "Human rights...