Salamanca returns to the Golden Age

Salamanca recreated at noon this Sunday the battle of the Spanish Tercios along the banks of the Tormes. 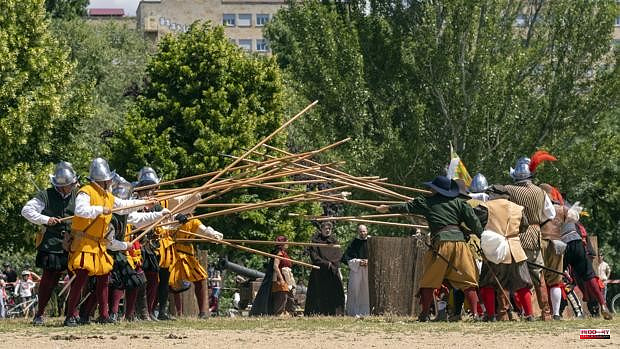 Salamanca recreated at noon this Sunday the battle of the Spanish Tercios along the banks of the Tormes. The Elio Antonio de Nebrija park was the place chosen to hold the open-air events of the second edition of the Golden Age Festival on Sunday.

Organized by the City Council of Salamanca with extras from different parts of Spain, and with the collaboration of the Cultural Association of the Spanish Tercios of Salamanca, the recreation had a great atmosphere in the vicinity of the river thanks to mild spring temperatures.

An hour before, an exhibition of ancient Spanish fencing and duels of swordsmen was held in the area, by the Great Captain Association, directed by Domingo González Santos.

In addition, the little ones were able to enjoy children's games and a gymkhana.

1 In Bangladesh, at least 49 people are killed in a... 2 The director of museums of the Generalitat Valenciana... 3 Schiff says Trump aides not being charged by the DOJ... 4 Submitted the application for the candidacy of the... 5 Russia attacks kyiv for the first time in more than... 6 Russia gives Ukraine more power 7 Albania's top general is elected as the country’s... 8 Cambodians vote in the local elections amid intimidation... 9 Mediterranean countries criticize EU solidarity regarding... 10 Silver medal for Gisela Pulido in the second round... 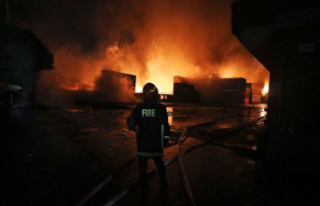 In Bangladesh, at least 49 people are killed in a...