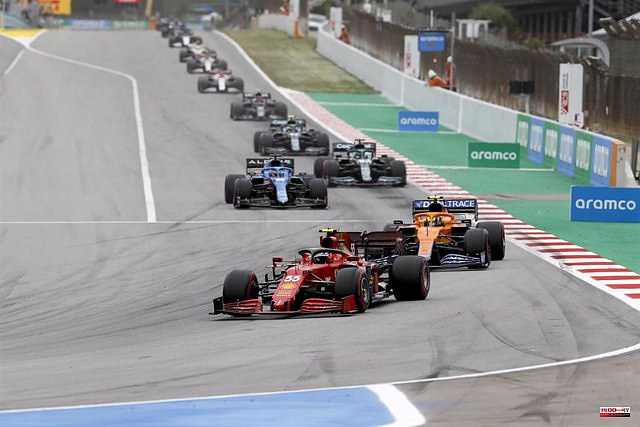 The Formula 1 World Championship arrives this weekend at its only appointment on the calendar in Spain, with the celebration of the Spanish Grand Prix at the Circuit de Catalunya, the sixth round of the championship in which both Carlos Sainz (Ferrari) and Fernando Alonso ( Alpine) dream of being protagonists in front of their fans.

After passing through Miami (United States), the championship returns to Europe with the emotion intact after the Dutchman Max Verstappen (Red Bull) showed himself very strong again and sent a new warning to Ferrari in the face of the fight for the world title.

The current champion added his third victory of the season to make it clear that he is still the rival to beat despite the good start of the 'Scuderia' with the Monegasque Charles Leclerc, settled in the lead thanks to not having yet had serious failures when not has completed the first third of the World Cup.

Leclerc was second in Miami and has already exceeded a hundred points (104), but Verstappen's two consecutive wins have left the advantage he had amassed behind Australia at 19 points. The one from Red Bull continues to have to recover the '0' from Bahrain and Australia in what, for now and almost except for surprise, a heads-up between the two for the title and probably in Barcelona is glimpsed.

And it is that both have already opened a good gap with the rest, led by the champion's partner, the Mexican Sergio Pérez, he is 38 points behind and it seems that he is not at the same level in terms of performance over the first two classified.

The British George Russell is the fourth and the current best asset for Mercedes, just ahead of a Carlos Sainz who hopes to be the protagonist again after ending a losing streak in the last race that has made him lose a large part of his options globalists.

The rider from Madrid managed to get on the podium for the third time this season by following Verstappen and Leclerc in Miami Gardens, a joy after two consecutive '0's in Melbourne and Imola and which, added to his great performance in qualifying, made it clear again that if neither mechanics nor misfortune intersect, his 'F1-75' is the theoretical best single-seater today.

Now, Sainz arrives with renewed illusions to a Grand Prix that for him is very special, not only for racing at home and in front of his 55th grandstand, but for doing it at the wheel of a Ferrari, with which he hopes to have the perfect weekend. that has still resisted.

The Spaniard knows that he has the potential to qualify for his first victory in the World Championship and will have the extra motivation to do so at Montmeló, a track where he has always performed at a good level and where he has never missed his appointment with the points, with two sixth places, in 2016 with Toro Rosso and in 2020 with McLaren as the best results.

Fernando Alonso also arrives eagerly at the Catalan track, for whom luck is not on his side too much in this first stage of the championship, especially on Sundays because his Alpine has shown good performance and he is almost a regular of the 'Top 10' in qualifying.

However, the A522 has not been able to give continuity to the good potential it seems to have in the Sunday races and the two-time world champion only has the two points from his debut in Bahrain in his locker. In Miami he achieved another two, but two penalties ended up relegating him out of the 'Top 10'.

The Asturian won in Montmeló in 2006 with Renault and in 2013 with Ferrari, in what is the last victory of the 'Scuderia' in the Barcelona track, where since that victory, it has been practically the preserve of Mercedes.

The German team won all the following races, except for 2016, which Verstappen took with Red Bull, and hopes to resurface, as does the seven-time world champion Lewis Hamilton, unbeaten at the Circuit since 2017 and who hopes to finally get involved in the expected duel between Ferrari and Red Bull. 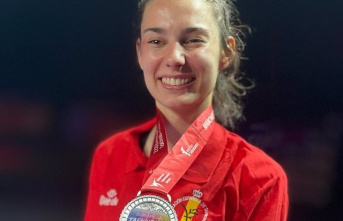