The UN Security Council held a session on Monday focused on sexual violence in Ukraine, in the face of growing allegations of rape and abuse by Russian troops against Ukrainian civilians. 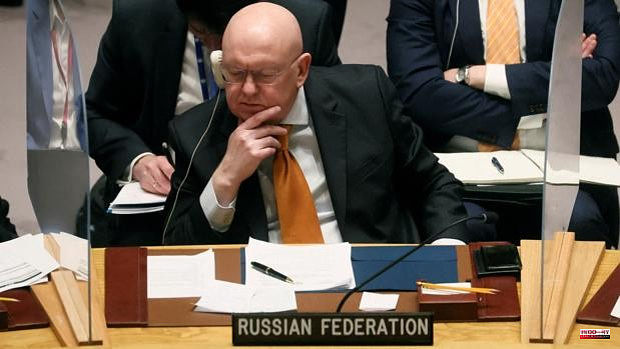 The UN Security Council held a session on Monday focused on sexual violence in Ukraine, in the face of growing allegations of rape and abuse by Russian troops against Ukrainian civilians.

"Since Russia began its illegal and unwarranted invasion of Ukraine, the mountain of credible reports of atrocities committed by Russian forces against civilians is growing every day," said US Ambassador to the UN Linda Thomas-Greenfield. “These reports include horrifying cases of sexual violence. An increasing number of allegations involve Russian soldiers sexually abusing women and girls, as well as men and boys."

Pramila Patten, the UN special representative for sexual violence in conflicts, participated in the session, assuring that sexual violence during war, especially against women and girls, is predominant and hardly reported, and that the humanitarian crisis that Ukraine is also becoming a "human trafficking crisis".

Pratten criticized that there is a big gap between the international resolutions that seek to prevent these sexual assaults in conflict and the reality on the ground, where abuses are multiplying.

As of June 3, the UN has documented 124 cases of sexual violence -97 against women and girls, 19 against men, seven against boys and one of unknown gender-, but Pratten acknowledged that this is only "the tip of the iceberg" and that these allegations are always "those that constantly and massively go unreported."

Natalia Karbowska, representative of the Ukrainian Fund for Women, an organization with the support of UN Women and various Western entities and governments, also spoke to the UN. Karbowska charged that "Russia is using sexual violence and rape as a form of terror to control civilians in the occupied territories." As the president of Ukraine assured last week, Russia and its separatist allies control a fifth of the country's territory.

"These crimes must and will be punished," European Council President Charles Michel told the meeting. "For those responsible to be brought to justice, we need evidence and we are helping to collect evidence of these crimes," added the European representative, who accused Russia of practicing a "tactic of torture, terror and repression."

In protest at these words, Nebenzia left the session. "You can leave the room, perhaps it is not easy to hear the truth," Michel snapped as the ambassador headed for the door.

Michel also accused Russia of "using food supplies like an invisible missile against developing countries" and accused him of being "solely responsible" for the food crisis the planet is experiencing.

1 The Madrid employers warn of the "devastating... 2 The REE group, the electricity system operator, changes... 3 Marco Asensio: «My future? I am looking for continuity... 4 US wins case in Fiji to seize Russian superyacht,... 5 Tribute to the "genius" Ouka Leele, the... 6 Italy seizes 4 tonnes of cocaine related to the Colombian... 7 UK Boris Johnson's career highlights 8 The Jaime I 2022 Awards distinguish advances against... 9 Siro informs the workers that it will not pay the... 10 UGT increases representativeness in the region by... 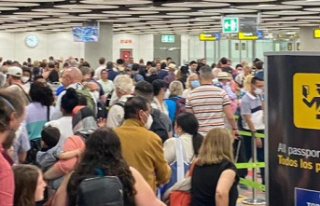 The Madrid employers warn of the "devastating...