A Moscow court began Tuesday to examine on appeal the sentence in March to nine years of detention in “severe regime” for “fraud” of the main Russian opponent, Alexei Navalny. 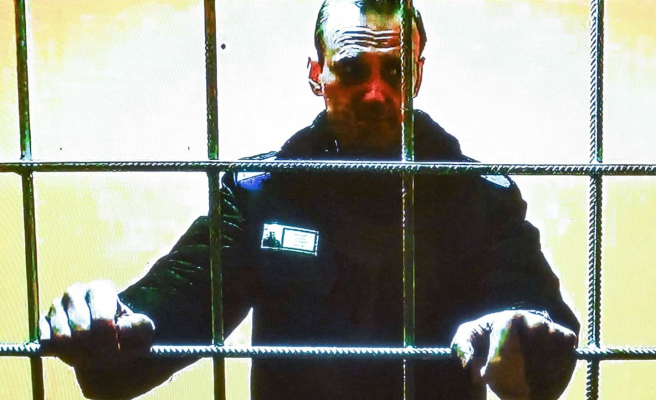 A Moscow court began Tuesday to examine on appeal the sentence in March to nine years of detention in “severe regime” for “fraud” of the main Russian opponent, Alexei Navalny.

Imprisoned since January 2021 for another case, the opponent is participating in the trial by videoconference from penal colony number 2 in Pokrov, about a hundred kilometers east of Moscow, noted an AFP journalist.

He appears locked in a cage, in a prisoner's uniform, according to the images broadcast in the courtroom.

On March 22, the opponent, accused of embezzling millions of rubles in donations to his anti-corruption organizations, was sentenced to nine years in prison for “fraud” as well as for “contempt of court”, after a trial that was taking place in a courtroom in the Pokrov settlement.

This sentence imposed on the charismatic anti-corruption activist includes that pronounced in March 2021 for “fraud”, in a case dating back to 2014 and involving the French company Yves Rocher.

Alexei Navalny was arrested in January 2021 on his return from Berlin, where he had spent several months recovering from poisoning by a nerve agent, for which he holds Russian President Vladimir Putin responsible.

The latter categorically denies and no investigation has been opened.

This arrest marked the starting point for the acceleration of a broad crackdown on all anti-Kremlin movements and independent media in Russia.

Since the launch of the Russian military assault against Ukraine on February 24, the opponent has denounced a "war" - a term prohibited by Russian law to describe the offensive - "intended to divert the attention of Russian citizens of domestic problems".

In mid-April, the Kremlin's top critic called polls that Vladimir Putin's popularity had risen since the start of the offensive "lies".

"The fact is that the majority of Russian citizens have a completely distorted idea of ​​what is happening in Ukraine," he said from his colony.

The Russian authorities have strongly increased their pressure and their legal arsenal to control communication on the conflict in Russia, threatening to impose sentences of up to 15 years in prison for the dissemination of "false information" about the Russian army.

The main organizations of the opponent had been qualified as “extremists” by the justice system in June 2021, a decision which led to their closure and the prosecution of many of their activists.

Many of them are now in exile.

At the end of January, Mr. Navalny was himself placed on the list of “terrorists and extremists”.

Sarcastically, he had told his supporters in September not to worry about him, because he would be “free no later than the spring of 2051”.

1 Maduro appoints his ambassador to Russia as foreign... 2 Lightning strikes a children's home near Caen:... 3 The German Minister of Finance foresees “negative... 4 Public debt rises again in March and rebounds to the... 5 Neinor Homes launches a €25 million share buyback... 6 The RFEF denies having hired detectives to spy on... 7 It's not just cognac and pineau: Charentais wines... 8 Sánchez sees a priority to end violence based on... 9 Picardo assures that the EU and the United Kingdom... 10 Masymas offers 250 jobs to reinforce the workforce... 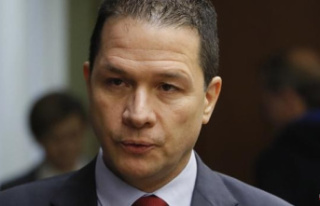 Maduro appoints his ambassador to Russia as foreign...