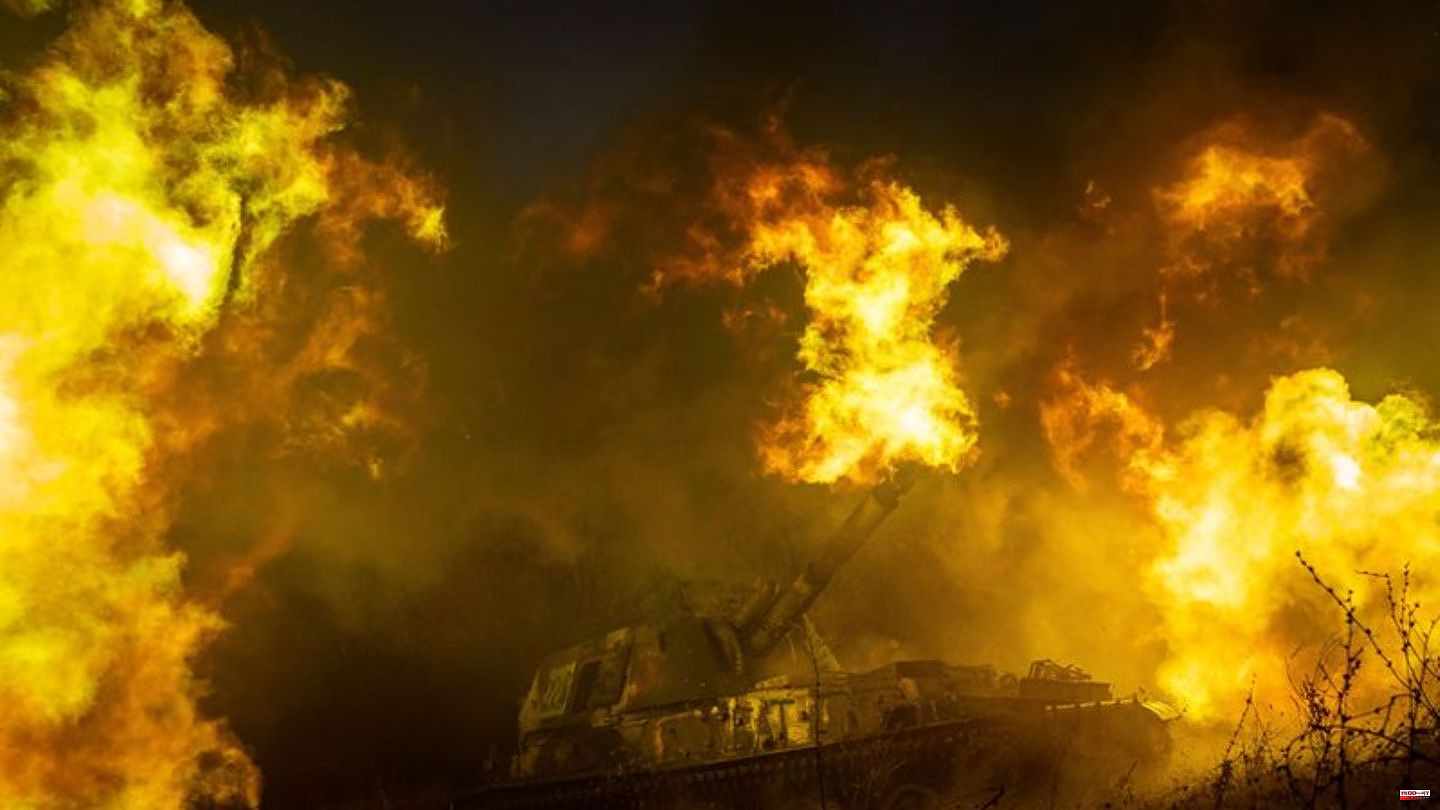 "A terrorist state will not be forgiven," he said in his video message on Saturday. "And those who order such attacks and those who carry them out will not be forgiven, to say the least." Shortly before and after the turn of the year, Russian "Kamikaze drones" attacked, and air raid alarms were raised in southern and eastern Ukraine and in Kyiv. There were several explosions in the capital. No major damage or casualties were initially known.

Zelenskyy to Russia: Ukraine will never be forgiven

In Russian, Zelenskyy declared in his speech that the neighboring country was not at war with the whole of NATO, "as your propagandists lie." The war also serves no historically significant goals. "It (the war) is for a person who stays in power until the end of his life," he said, referring to Kremlin chief Vladimir Putin. "And what's left of all of you, citizens of Russia, is none of his business."

Putin wants to show that he leads the military and has its backing. "But he's just hiding," said Zelenskyj. "He hides behind the military, behind rockets, behind the walls of his residences and palaces, he hides behind you and burns your country and your future." Nobody will ever forgive Russia for terrorism, Zelensky said. "Nobody in the world will forgive you for that. Ukraine will never forgive you."

In another video message, Zelenskyy later said: "Ukraine has not lost its sons and daughters - they were taken away by murderers." The country had been invaded by invaders. "The world has not lost peace - Russia has destroyed it."

Russia's army marched into Ukraine on February 24 - under the pretext of wanting to "denazify and demilitarize" the neighboring country. Tens of thousands of people have lost their lives in the war, which is not allowed to be called that in Russia and is officially known as a "special military operation" even after more than ten months. There are no precise figures on this from an independent source.

Just before the turn of the year, "kamikaze drones" from Russia, intended to crash at targets at high speed, were reported flying into Ukraine. Air alerts were raised for the cities of Odessa and Mykolaiv in the south and Dnipro in the center of the country, Unian agency reported. The alarm was later extended to eastern Ukraine. Mykolayiv military administrator Vitali Kim reported two formations of drones sighted in his area. The air defense opened fire on the Iranian-made Shahed drones. Even after the turn of the year there was an air raid alarm again.

In a short New Year's Eve message, President Zelenskyj wished his compatriots a happy new "year of our victory", as he called it. "Want miracles today? The Ukrainians created them a long time ago," emphasized Zelenskyy. He also published a photo of himself and his wife Olena in front of a modestly decorated Christmas tree on Instagram. There were other political undertones in his New Year's message. "Would you like real friends? We've already found out for sure who they are," Zelensky said, apparently referring to Ukraine's supporters in the war against Russia. With a touch of irony and a reference to the repeated attacks on the Ukrainian power grid, he explained: "Do you want light? It's in each of us, even when there's no electricity."

Russia's President Putin had his wartime New Year's speech recorded this time surrounded by soldiers. "It has been a year of difficult, necessary decisions, important steps towards maintaining Russia's full sovereignty and with a tremendous consolidation in our society," Putin said in the speech broadcast on Saturday. At the same time he accused the West of "lying". "Western elites have hypocritically assured all of us for years of their peaceful intentions, including solving the most serious conflict in Donbass," Putin said. "The West lied about peace and was preparing for aggression. And today it's not even ashamed to admit it openly."

Despite the damage inflicted by Russian missile attacks, Ukrainians were able to welcome the New Year largely in the light. The energy suppliers had been instructed to give priority to supplying private households with electricity for the New Year celebrations. On Saturday, the supermarkets in Kyiv were very busy after the three-hour air raid alarm. Shortly before the festival, the residents of the capital stocked up on delicacies and the traditional sparkling wine.

Despite the holiday, the 11pm local time (10pm GMT) curfew in Kyiv and most areas has not been lifted. In more western areas such as Lviv (Lemberg), Chernivtsi (Chernowitz), Vinnytsia, Khmelnytskyi and Rivne, the curfew only applied from midnight. Only in the westernmost region of Zakarpattia, which borders Romania, Hungary, Slovakia and Poland, was there no curfew. In general, there was a nationwide ban on fireworks. 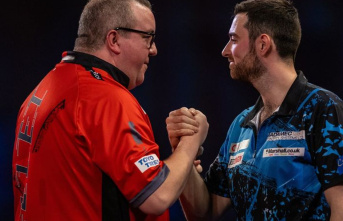 Darts World Cup in London: That brings the day at...