The Russian ambassador to Poland, Sergei Andreyev, was attacked in Poland on Monday when a group of people threw red paint at him. 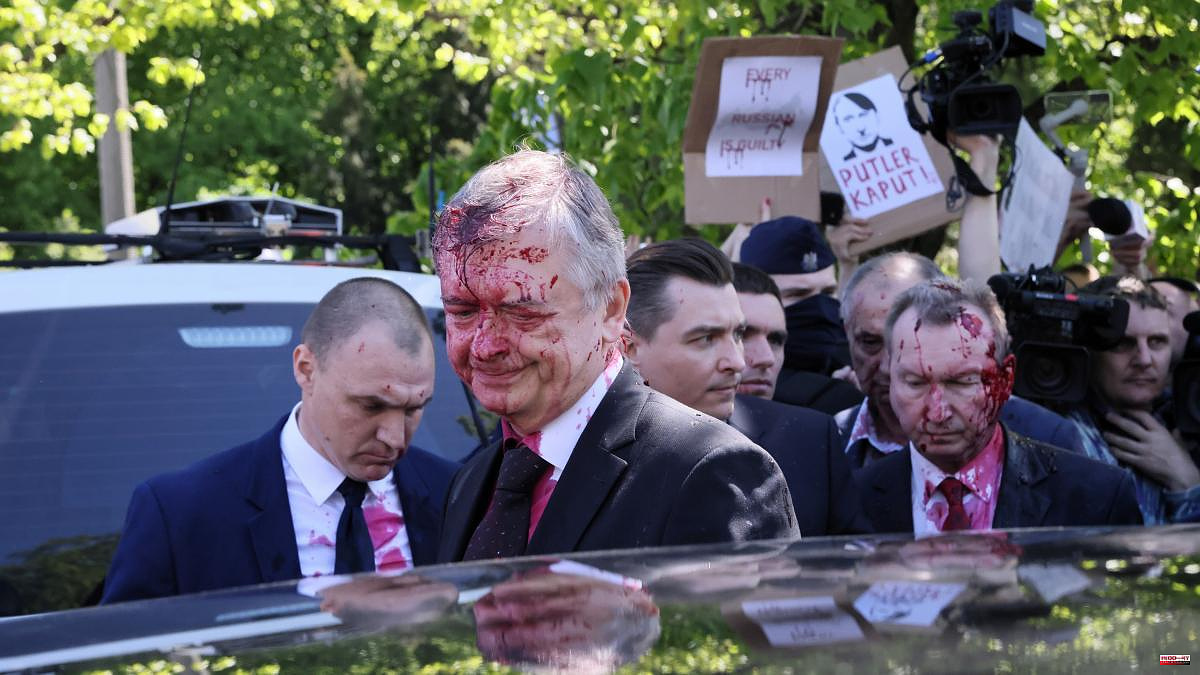 The Russian ambassador to Poland, Sergei Andreyev, was attacked in Poland on Monday when a group of people threw red paint at him. Before the incident, Andreyev carried out a floral tribute at the Soviet soldiers' cemetery-mausoleum in the capital, Warsaw, on the occasion of the Russian national holiday of Victory Day.

Despite the fact that the Russian embassy announced in the morning that it was giving up any public act outside its premises, according to the recommendations of the Polish Foreign Ministry and the mayor of the city, the ambassador and a small entourage decided to go to the cemetery.

A group of people was concentrated there, some of them with Ukrainian flags, and when identifying Andreyev, a group separated from the rest to consummate their aggression.

Images released by the Ria Novosti agency show the ambassador, completely covered in red paint thrown at him by the crowd, and protesters shouting slogans against him. Between the chants he shouted that he was "proud" of his president, Vladimir Putin, and after saying that "those territories do not belong to Ukraine" (referring to the Donetsk and Lugansk regions), he managed to make his way to the car that was waiting for him .

The Soviet Soldiers Cemetery-Mausoleum occupies 19 hectares of Warsaw and was established shortly after the end of World War II to house the remains of more than 20,000 Red Army soldiers killed between 1944 and 1945.

Since the war in Ukraine began, anti-Russian sentiment has been exacerbated in Poland, a country that remained in Moscow's orbit from 1945 to 1989. Russia constantly denounces the "Russophobia" of Westerners in general and of Poland in particular, which has hosted more than 3 million refugees, almost half of the refugees who have fled Ukraine.

In front of the diplomatic representations of Warsaw and Krakow, where there is a Russian consulate, graffiti against the invasion of Ukraine, banners and posters against a caricatured Vladimir Putin or directly characterized as Hitler are multiplying. Recently, the Warsaw city council has presented an artistic installation that authorizes a group of artists to paint 60 meters of sidewalk -including those located in front of the Russian embassy- with murals.

1 Did Nazi Germany Surrender on May 9? 2 Zelensky accuses Putin of 3 Salah is injured two weeks before the Champions League... 4 Juanpe López sweats pink ink to keep the jersey 5 Lieke Martens is discharged in time for the final... 6 Bayern sports director confirms that Lewandowski wants... 7 Influenza left the Remparts locker room, place in... 8 The pre-candidates present their endorsements to opt... 9 Bagnaia arrebata la 10 Xavi: "When you don't win and you're... 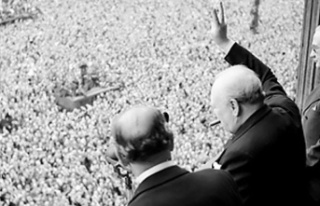 Did Nazi Germany Surrender on May 9?