Russian authorities plan for consumers in Ukraine to start paying for electricity produced by Ukraine's Zaporizhia nuclear power plant, the largest in Europe and in the hands of Russian troops since early March. 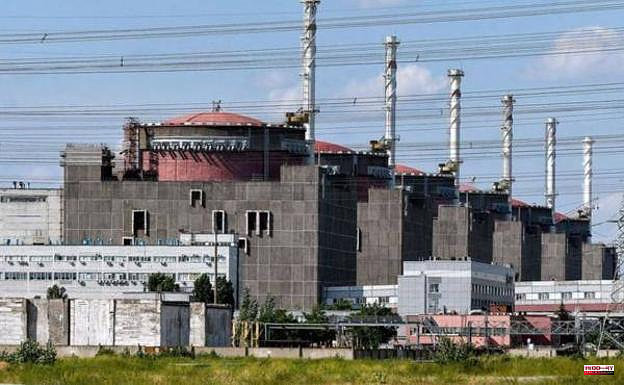 Russian authorities plan for consumers in Ukraine to start paying for electricity produced by Ukraine's Zaporizhia nuclear power plant, the largest in Europe and in the hands of Russian troops since early March. If not, Russian Deputy Prime Minister Marat Jusnullín warned Thursday, the atomic plant will be disconnected from the Ukrainian power grid to redirect its fluid to Russia.

During an "inspection" trip to Melitopol, a city in southeastern Ukraine currently occupied by the Russian Army, Jusnullín told the press that "Russia is willing to sell electricity to Ukraine" from the Zaporizhia plant. “If Ukraine is ready to accept and pay, it will work for them. But if they don't accept it, it will work for Russia," said the Russian deputy prime minister, noting once again that Moscow has plans to stay and annex the occupied areas of Ukraine. Not only Crimea and Donbass, but also the Kherson region and part of Zaporizhia.

The senior Russian official assured that the nuclear power plant, which is located in the city of Energodar, near Melitopol, "will continue to function and all jobs will be saved", in the hands of Ukrainian personnel right now and urged the local population to "work as a family with Russia (...) for that I have come, to provide maximum assistance and opportunities for integration" in Russia.

At the moment, according to the Ukrainian atomic energy agency, Energoatom, the Zaporizhia plant continues to exclusively supply Ukraine with the electricity generated by its six reactors. His spokesman, Leonid Olynyk, responded Thursday to Jusnullín that "technically right now it is not possible to supply electricity to Russia" from Zaporizhia. “That takes time and money. It's like building the Crimean bridge. And in a month or two we will get everything back and put it back under Ukrainian control," Olynyk said.

On March 4, the Zaporizhia atomic plant was hit by missiles and tank fire from Russian troops struggling to reduce the Ukrainian military defending the infrastructure. A fire broke out and one of the reactors had to be shut down. The event triggered all the world alarms due to the fear of a radioactive leak and led to a meeting of the UN Security Council.

On the other hand, also in the field of energy, the also Russian Deputy Prime Minister, Alexander Novak, declared this Thursday that about half of the 54 foreign clients that Gazprom has already pay their gas bill in rubles, as ordered by the President Vladimir Putin, on March 31, in retaliation for the sanctions imposed on Russia by the European Union. The mechanism established by the Russian gas company for its clients requires opening two accounts at Gazprombank, one in foreign currency and the other in rubles, from where the corresponding payment is made.

Moscow also announced this Thursday the expulsion of more European diplomats, after having declared personnel from the embassies of Spain, France and Italy “persona non grata” the day before. This time it was the turn of Portugal and Slovenia, with five and four members respectively of their diplomatic missions ordered to leave Russia. The Portuguese within 14 days and the Slovenians within 10 days.

On the battlefield, meanwhile, separatist forces and Russian units continued Thursday to bombard the town of Severodonetsk in the Luhansk region, which has been under heavy artillery fire for nearly a week ahead of an attempted assault. A few kilometers away, Lisichansk, also under heavy bombardment, is the other focus of Ukrainian resistance in the Lugansk region. Russian attacks caused at least 12 deaths in Severodonetsk on Thursday, Governor Sergei Gaidai reported through Telegram.

Much further south, in Mariupol, the defenders of Azovstal continued to lay down their arms. According to the Russian Defense Ministry, since Monday, 1,730 steelworks fighters have surrendered. The Ukrainian general, Oleksiy Grómov, assured this Thursday that "our heroes continue to be evacuated." The International Committee of the Red Cross (ICRC) claims to have registered "hundreds" of prisoners of war seized after leaving Azovstal and has requested access to them. The Ukrainian authorities hope to be able to exchange these soldiers, branded by Moscow as "neo-Nazis", for Russian prisoners.

1 Roland-Garros draw: Djokovic, Nadal and Alcaraz in... 2 Incredible trial between two influencers: lies and... 3 Micic knocks down Olympiacos and Efes repeats the... 4 The sentence of the killer of the Quebec mosque will... 5 The PP denounces the "disaster" of the school... 6 They launch a campaign to claim communications from... 7 Blanco highlights the "powerful" package... 8 “We too have decisions to make,” says Cam Neely 9 Summary of More beautiful life episode 4544 of May... 10 Nadal, Alcaraz and Djokovic, for the same part of... 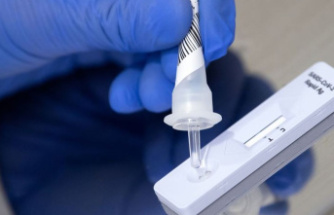 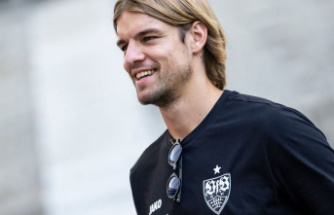 Florida: Storm chasers in the eye of the hurricane: "Ian" shakes the plane properly
BREAKING NEWS 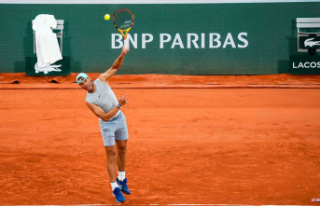