The Donbass region was destined to be the center of the second phase of the Russian invasion of Ukraine. 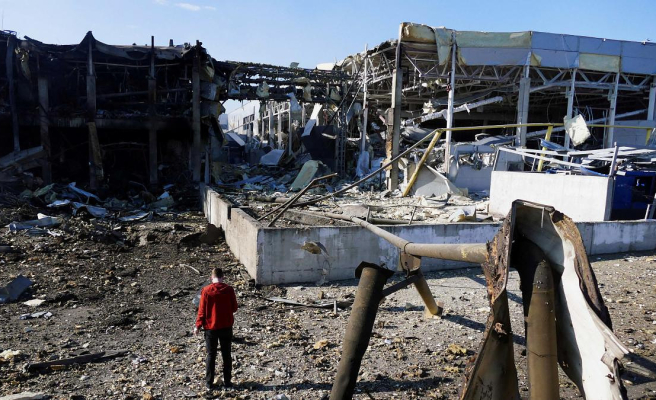 The Donbass region was destined to be the center of the second phase of the Russian invasion of Ukraine. This is how Moscow sentenced it at the time. And although the clashes in the east of the country have intensified in recent days, this new stage of the war has also ended up focusing on the south-west of the country, especially the port of Odessa.

For weeks the city lived in fear. The historic center became fully militarized, protected by steel hedgehogs and sandbags. Cafes closed and most people disappeared from the streets. The city was prepared for the worst. When he began to recover his vitality, and to get used to the uncertainty that war brings, the course changed.

On Monday, May 9, Moscow celebrated the great parade that commemorated the victory against Nazi Germany in 1945 – a date that has a great echo in this port recognized for its heroism during World War II – while Odessa was attacked again, as it has happened in recent days, when the offensive intensified. Seven missiles fell on the city, leaving one person dead and several injured. One of the targets was a shopping center that, they say, served as a storage center for humanitarian aid.

Odessa is the main port on the Black Sea where most of the wheat and corn exports go, supplying much of Europe. Ukrainian officials have claimed Moscow is seeking to cut off all supply lines across the Black Sea and also cut off Western arms shipments.

Since the beginning of the war, the port has been a military objective and dozens of soldiers guard its facilities; a Russian landing was feared somewhere along the coast. This fear was heightened weeks ago, when General Rustam Minnekayev, interim commander of Russia's Central Military District, assured that the Russian armed forces planned to open a land corridor between Crimea and Transnistria, which means taking control of Odessa and the rest of the coast on the Black Sea. Many fear that Russia is seeking to permanently cut off Ukraine's access to the sea.

The attacks and the siege of the waters of the Black Sea by Russian ships have made commercial transport with Europe increasingly difficult. Days ago, hundreds of trucks lined up to cross the border with Romania. Some drivers claimed that the wait to cross could reach a week. The situation was further complicated by the attack on the Zatoca bridge, which crosses the Dniester estuary and connects Odessa with the extreme south-west of the country. The Ukrainian authorities assured that this bridge was attacked again yesterday for the fifth time.

Already in previous days the attacks had reached the civil airport of Odessa and a residential building, which was crossed by a missile leaving at least 13 dead. More than two weeks later, dozens of flowers and stuffed animals still rest in front of the building that Charles Michel, the president of the European Council, visited on Monday. They are a tribute to remember the death of Valeria Glodan, who was in her apartment with her three-week-old daughter and her mother. On the ground floor of the building, Katerine remembers her friend, who also died that day along with her husband. Only hours before she had called to tell her that she was pregnant. "I was happy, he asked me if I could share some toys or children's clothes with her," says Katerine, a dentist and mother of two children. She has decided to stay in Odessa because she considers that the sadness and anguish will only be greater if she emigrates to another country and leaves behind her parents and her husband.

“I am from here and we have to learn to live with this situation.” His apartment was damaged and it is impossible to live in it. He lives in his mother's house, far from this sector of the city near the airport that Russia tries to attack again and again, as well as some nearby refineries.

"We are very grateful for the defense of Mikolaiv, otherwise Odessa would no longer be in our hands," says Tatiana, owner of a downtown cafe. According to her, Russia attacks with missiles to cause fear in the population that has remained in the city and that in a certain way has become accustomed to living under tension. Dozens of restaurants are open, the tables have returned to the boulevards and there are many more people on the streets; all this despite the attacks. "Even many of the steel hedgehogs we sent to Mikolaiv for protection." Mikolaiv is a city of half a million people 134 kilometers east of Odessa that has become one of the main front lines in the war in southwestern Ukraine.

1 Titirimundi returns to the stage despite the rain 2 The abortion veto would trigger the trafficking of... 3 Ukraine from Washington 4 Finland and Sweden plan to apply this week to join... 5 Johnson proposes a "bonfire" of European... 6 Biden y Draghi: 7 Musk to reverse decision to ban Trump from Twitter 8 Ukraine interrupts the transit of a third of the Russian... 9 Dismantled a network of 10 War Ukraine - Russia today, live: latest on the invasion,... 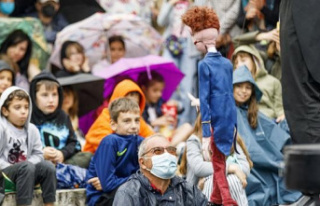 Titirimundi returns to the stage despite the rain