As expected, Moscow has decided to respond to the expulsion of 27 employees of the Russian embassy in Spain, a decision adopted by the department of José Manuel Albares on April 5, when it declared them "personas non grata". 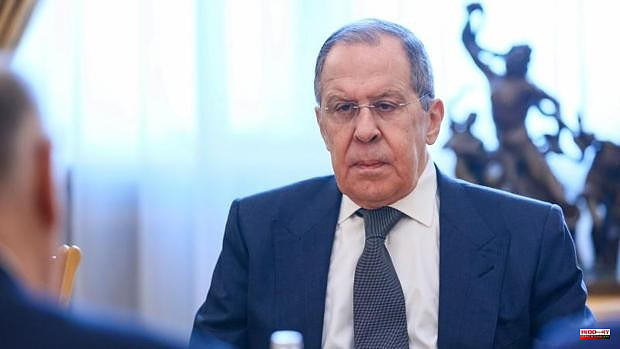 As expected, Moscow has decided to respond to the expulsion of 27 employees of the Russian embassy in Spain, a decision adopted by the department of José Manuel Albares on April 5, when it declared them "personas non grata". The Spanish ambassador to Russia, Marcos Gómez Martínez, was summoned this morning to the Russian Foreign Ministry to receive the official communication that 27 members of the Spanish diplomatic legation will have to leave Russia in a week.

Spain, along with the rest of the European Union, the US, Canada, Australia, Japan and other countries, adopted two sets of sanctions against Russia for the invasion of Ukraine and the Bucha massacre, among which measures included expulsions of Russian diplomats.

Since then, Moscow has been gradually responding in a reciprocal way. There are already several states whose diplomats have had to leave Russia, two Finns were expelled on Tuesday and today 34 French, but on the list of the Russian Foreign Ministry there are still countries that await the same provision.

On April 5, the spokeswoman for the Russian Foreign Ministry, María Zajárova, already warned that, after the expulsion of 27 Russian diplomats from Spanish soil, "all decisions of this type will have the corresponding response." The staff of the Spanish Embassy in Moscow was aware that with great probability there would be a reply from Russia and its announcement would be a matter of time.

The result of the crossing of expulsions puts Spain in a situation of clear inferiority with respect to Russia. If Russia, after the deportations, went from 49 diplomats to 22, Spain, with some 25 members so far in the legation, will have very few from now on. The additional problem is that most of the technical staff of the Spanish Embassy and Consulate is made up of local Russian contractors, who sometimes tend to have preference when it comes to obtaining access places compared to those of Spanish nationality.

Both Marcos Gómez Martínez and his counterpart, the Russian ambassador in Madrid, Yuri Korchaguin, remain in their posts. However, the former will have very limited diplomatic activity while Korchagin will have a much greater margin of action. The impact of the expulsions in countries like Germany, France or Italy will be much less, since their number of diplomats in Russia is around a hundred, of which they lose less than half.

The French ambassador to Russia, Pierre Levy, was also summoned today to the Russian Foreign Ministry to be informed of the expulsion of 34 French diplomats within a maximum period of two weeks. Paris last month kicked out 41 Russian diplomats. The Russian Foreign Ministry says in a statement on its website that France's decision "has caused serious damage to Franco-Russian relations and bilateral cooperation."

In addition, the Russian Foreign Ministry has summoned this Wednesday at 3:00 p.m. (local), 2:00 p.m. Spanish time, the Italian ambassador in Moscow, Giorgio Starace, reports the Italian press, which has reported that it has expelled 27 diplomats. On April 5, Italy announced the expulsion of 30 Russian diplomats.

More than 300 Russian diplomats were expelled from the United States and the European Union. In response, Moscow has expelled from its territory members of the representations of Germany, Denmark, the Netherlands, Bulgaria, Poland, Finland and other countries, which Spain and France have joined today. Last month, against the background of the war in Ukraine and the atrocities in Bucha, the expulsion of Russian diplomats was motivated in Madrid, since they represent "a threat to the security of our country."

1 The black box of the Chinese plane that left 132 dead... 2 Why is Turkey opposed to Finland and Sweden joining... 3 Women's Six Nations Tournament: Frenchwoman Laure... 4 Inflation continues to rise in Canada and Quebec 5 National: Red Star officially sold to 777 Partners 6 US casino tycoon Steve Wynn sued for acting as China... 7 PMU - Arrival of the quinté of Wednesday May 18 at... 8 How to obtain financial aid from the State having... 9 Ligue 1: SCO Angers in the process of being bought... 10 PSG: the national ethics council of the FFF asks Gueye... 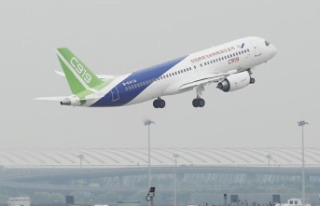 The black box of the Chinese plane that left 132 dead...