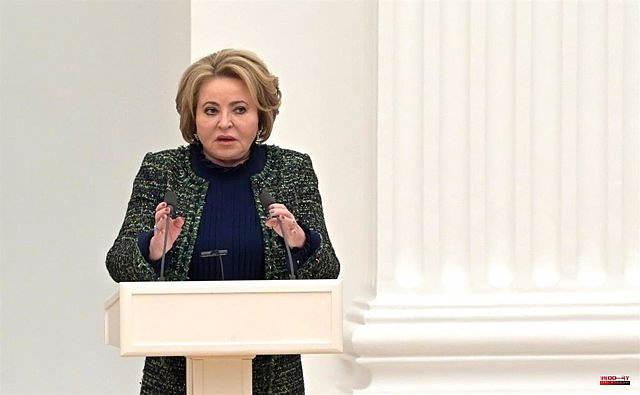 The president of the Federation Council (Upper House of the Russian Parliament), Valentina Matviyenko, has indicated this Thursday that Russia's military reaction to the accession of Finland and Sweden to NATO will be "proportionate" and "adequate".

"First of all, in military terms, Russia's reaction will be proportional and appropriate to the presence of NATO in the territories of these two states, to what kind of weapons will be deployed," he said in an interview with the Russian newspaper ' Izvestia', without specifying what kind of military measures Moscow will carry out, as reported by the TASS news agency.

Matviyenko explained that the entry of these countries into NATO "will negatively affect" the political state of Europe and will not add "stability" to it, since Sweden and Finland are countries that have shown historical "neutrality", a consensus shared by all European countries.

Likewise, according to the aforementioned agency, it has argued that this decision "is not sovereign" and that it has been taken "under pressure from the West", mainly from the United States and the countries that make up the Alliance.

"It is moving very fast. On such a serious and significant issue. They did not even consider it necessary to hold a referendum to ask for the opinion of the citizens of these countries," Matviyenko said.

"I am saddened that such a decision by the two states could lead to a decrease in the volume of our interaction and cooperation," he said, adding that "there will be an opportunity to resume dialogue" when the "special military operation" is completed.

Despite the requests sent by Sweden and Finland, the 30 NATO allies have not reached the necessary consensus after the first meeting of the Atlantic Council that has reviewed the candidacy of both Scandinavian countries to enter the military alliance, allied sources have confirmed to Europe Press.

The allies have not thus given the go-ahead to open negotiations with Helsinki and Stockholm due to the reluctance of Turkey, which seems not very willing to give its go-ahead to this expansion, as the Turkish president, Recep, reiterated this Wednesday. Tayyip Erdogan, who even asked the delegations of both Nordic countries not to bother trying to convince them.

Erdogan criticizes Sweden for refusing to extradite "terrorists", referring to people linked to the guerrillas of the Kurdistan Workers' Party (PKK). "They don't give us the terrorists but they ask us to accept them in NATO," he argued in his speech.

In addition to the refusal of extradition, which also extends to alleged allies of the cleric Fetulá Gulen -accused of the failed 2016 coup-, Ankara makes the arms embargoes imposed after the Turkish military offensive in northern Syria ugly for the two Nordic countries. .

1 The Cuban Foreign Minister assures that the exclusion... 2 The UN warns that the number of people suffering from... 3 The United States announces more than 200 million... 4 The French face inflation: without a car, a controlled... 5 North Korea has completed preparations for a nuclear... 6 Despite the advent of teleworking, coworking in the... 7 Blandine Cain, creator of 50 Coworking: "I had... 8 Monkey pox: several cases detected in Europe and North... 9 Who is the man who will host the emeritus in Sanxenxo? 10 Purchasing power: after an offer for students, Casino... 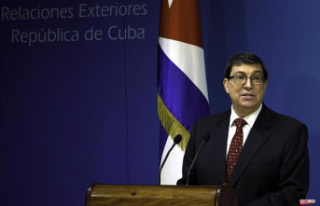 The Cuban Foreign Minister assures that the exclusion...