Rufián responds to Sánchez that if the dialogue table does not meet, it is not because of ERC and he will always defend it "even if they spy"

He warns that if the meeting fails it will be the fault of the left "and every time the left fails, the independence movement rises". 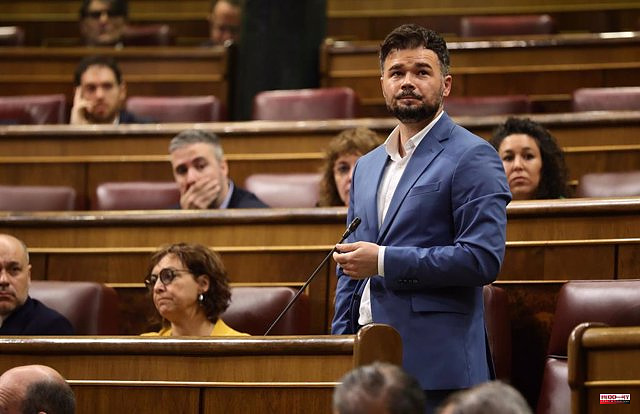 He warns that if the meeting fails it will be the fault of the left "and every time the left fails, the independence movement rises"

"It would be good for that meeting to take place now," Rufián maintained this Wednesday -- when asked about a possible date for both presidents to meet -- in the framework of the colloquium that took place at the Club Siglo XXI in Madrid.

Precisely government sources have underlined the "absolute availability" of President Pedro Sánchez to convene this forum and maintain that now the main problem for it to be carried out is not the content but the "discomfort" due to listening to the program 'Pegasus' independence leaders, including the current president of the Generalitat, Pere Aragonés.

In this regard, Rufián recalled that even when there have been "people in jail" for defending independence, those same people have asked to speak with those who imprisoned them. "How can we not want to talk now?" He asked himself, adding that the ERC will always defend "words, negotiation, dialogue". "Even if they spy on us", he added in reference to the 'Pegasus' case.

As for the specific date of this conclave and what is the reason that is delaying the meeting, Rufián has assured that he does not know it while he has warned that when it takes place they do not want only "the photo" but that "it has some utility".

In line, he has warned that the failure of the table will not be a fiasco of ERC or independence, but of the Spanish left. "And history tells us that every time the Spanish left fails, the independence movement rises. It is not a threat or an opinion. It is information," he clarified.

Likewise, he has insisted that the ERC has supported the "good" rules that the PSOE has proposed. "Every time the PSOE has wanted to do politics and not mathematics, ERC has been there, because that is what people ask of us", he stressed.

At another point, he took the opportunity to reply to Pedro Sánchez's intervention this morning in Congress, who assured that "with what is falling for 70 percent of the population of Catalonia, independence is not a priority", to which Rufián has replied that "with the one that is falling, the unity of Spain is not either."

"I don't know that percentage. I do know another one: 81 percent know that political differences and conflicts in politics are made with votes and not with sticks and not with judges," he has reproached the chief executive.

During the colloquium, Rufián alluded to the future political project of the Second Vice President and Minister of Labor, Yolanda Díaz, for her idea of ​​leaving the parties in the background and focusing on building a citizen proposal.

Thus, Rufián has defined himself as a firm "defender of the parties." "There are some who call it active listening so as not to call them for what they are, parties," he has expressed in reference to Díaz.

At this point, he stressed that "no one wins the elections with good covers" or "just with his face" but that, in his opinion, it is the "collective" projects that prevail, he insisted and then wished Díaz that "it goes well".

Much of the conference of the ERC spokesman in the Lower House has been focused on criticism of the "far right" that is on the rise in Europe.

In his opinion, citizens are "pissed off" with a lot of tension and "verbal violence." "Spain is a troubled country, with a drive towards violence in the public, political and media spheres inherent in its history," he added.

In his opinion, the "far right" is being stopped from "filling people's refrigerators" and ensuring their basic needs. "Either the left is dedicated to filling the fridge or the right will be dedicated to winning over us by raising flags, and there we will always lose," she has settled.

1 The European Parliament does not now approve Puigdemont's... 2 Don Juan Carlos will be in Sanxenxo tomorrow and on... 3 Antonio Brown wants to retire with the Steelers 4 Dolphins recognize their friends by the taste of their... 5 China will remain 'open to the world' 6 Rufián responds to Sánchez that if the dialogue... 7 Six blind students from the Canary Islands discover... 8 The promoter of the World Trade Center settles in... 9 King Juan Carlos I returns to Spain after two years... 10 Twenty teams will play in Sanxenxo the third series... 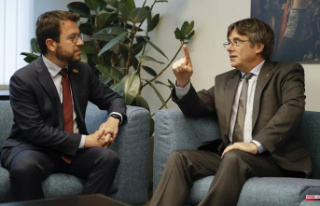 The European Parliament does not now approve Puigdemont's...