Rufián (ERC) on the return of the King Emeritus: "It looks like Pablo Escobar" 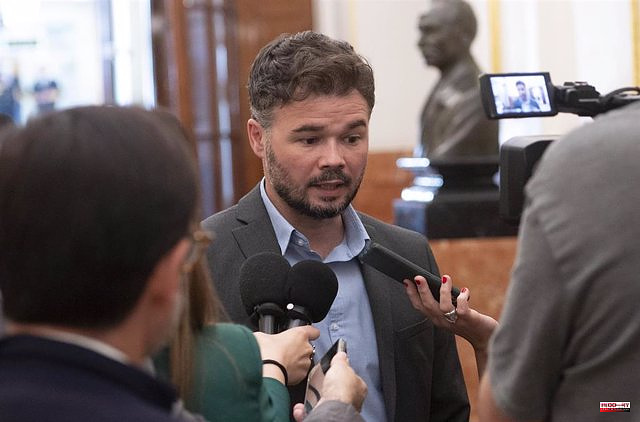 The ERC spokesman in Congress, Gabriel Rufián, has affirmed that the King Emeritus, Juan Carlos I, "looks like Pablo Escobar", has described everything around him as indecent and has insisted that he give explanations about his conduct.

"To many decent monarchists everything that surrounds this man seems absolutely indecent," he assured in an interview on La 2 and Ràdio 4 this Friday collected by Europa Press, and added that the monarchy as an institution has an endemic problem.

In reference to the position of the government parties before his return to Spain, he has disgraced the PSOE for being "a republican in the campaign and a monarchist in Moncloa" and has described that of United We Can as a correct and decent position.

Rufián has opted to be able to continue negotiating on issues such as social rights with the government and at the same time demand that responsibilities for espionage be assumed.

For this reason, he has defended that the negotiations between the Republicans and the Executive be "law by law, week by week" and has lamented that, in his opinion, the PSOE never acts on its own but, in his words, is held what to force

Rufián has described the contacts between the Generalitat and the Government as constant and has shown his support for the dialogue table to meet, without specifying dates or times: "This table could have met many times but only for a photo, and we We don't just want photos, we want content and an agenda."

He has explained that he will announce after the summer if he agrees to be the ERC candidate for Mayor of Santa Coloma de Gramenet (Barcelona): he has said that he is considering it because it is a proposal from the ERC leader, Oriol Junqueras, but has highlighted the difficulties in combining it with his work in Congress.

Likewise, he has considered "insane" that a single party has held the municipal government for so long and has defended opening the doors of the City Council to other proposals, in his words.

He has assured that "the CNI did not think it was good" that ERC won the 2019 municipal elections and that in his opinion the Republicans are considered much more dangerous for the status quo than the commons.

Asked about the state of the negotiations to agree on a response to the ruling that sets a minimum of 25% of Spanish in the school, he advocated reaching the broadest possible agreement: "If we dedicate ourselves only to doing what we always do with the We've always been wrong."

"Castilian is not persecuted in Catalonia but Catalan is not the exclusive heritage of independence," he warned. 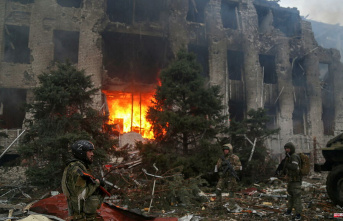