Alfonso Rueda has claimed this Tuesday that the "cordiality of Galicia is also linguistic cordiality" and has warned that "there is no reason to impose ideological partitions or wrong stereotypes", during his speech at the event held in O Barco de Valdeorras (Orense) , on the occasion of the Galician Letters Day. 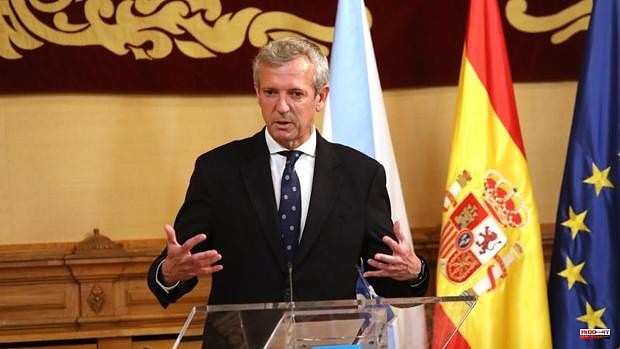 Alfonso Rueda has claimed this Tuesday that the "cordiality of Galicia is also linguistic cordiality" and has warned that "there is no reason to impose ideological partitions or wrong stereotypes", during his speech at the event held in O Barco de Valdeorras (Orense) , on the occasion of the Galician Letters Day. The honoree, this 2022, is Florencio Delgado Gurriarán, "a Valdeorrés committed to democracy", highlighted the president of the Xunta before the president of the regional Parliament, Miguel Santalices, the councilor for Culture, Education, Professional Training and Universities, Román Rodríguez, and the president of the Diputación de Orense, Manuel Baltar, among other authorities.

Rueda, in addition to highlighting the achievements and the role played by Delgado Gurriarán from exile, stressed that today "Galician sounds strong, complements itself and attracts speakers and listeners, without considering contact with other languages ​​a threat that weakens it, rather, quite the contrary».

The president has described "our language" as a "living space, of meeting, between all Galicians", a "field" in which "to recognize each other" and "converse". “There are many reasons and motives to continue promoting it with great force in all areas”, he has proclaimed.

"There is no voice left over in the story we are writing," the head of the Xunta has abounded. «Thanks to the work of figures such as our honoree and the tireless work» of the Royal Galician Academy, «Galician», has valued, «in addition to being the language itself, it can be measured on an equal footing with the rest of the languages of the world".

In his speech, at the Laura Olmo theater in O Barco, he stated that "today we celebrate a free Galicia, proud of its culture and language, and a friendly Galicia, which ceases to exist in the dreams of our ancestors to be a reality with which we are committed. «I, knowing very well what I say, the first», has underlined the president of the Xunta in his first act as such -discounted that of this Monday, of taking possession of the councilors- since last Saturday he took office in Parliament - "novice do trinque", the mayor of O Barco, Alfredo García, joked about it.

"We keep a language alive, our own, ours, which has to continue to belong to everyone, has to continue growing," he pointed out. It defines us as a people, it singles us out in the best of senses. It speaks of our footprint in the world, that we leave and we have to continue leaving». With the tribute to Delgado Gurriarán as a framework, "we are committed", he has closed, "so that the Galician flourishes for a thousand more springs".

The Galician president also wanted to have some affectionate words for the Vigo writer Domingo Villar, admitted to the ICU since early Monday morning after suffering a brain hemorrhage. Rueda has sent him "all the force" in these "so difficult moments that he is going through". «It must be kept in mind today, especially», added Rueda to the applause of the attendees.

From O Barco to the Aira dos Bolos de Córgomo, where the plenary session of the Galician Royal Academy's Day of Letters takes place, the commemorative events have been moved, with the presence of Celia, Maruxa and Carmiña, daughters of Delgado Gurriarán, and his grandson Roberto, arrived from Mexico and the United States. On the other side of the ocean, the honoree's widow, Celia Teijeiro, has remained.

1 Affected by inhaling smoke a pregnant woman by a burnt... 2 The first Canarian coin, located in a market within... 3 The 'Crims' program identifies the young... 4 Twelve arrested and dismantled a criminal organization... 5 Toledo and Cuenca dispute the grand finale of 'I... 6 These are the requirements to enter NATO and some... 7 World Padel Tour hopes to break all its records in... 8 Demonstration of SOS Talavera on June 12 to request... 9 They investigate two people after intervening a marijuana... 10 À Punt will stream the galas of the Alicante Film... 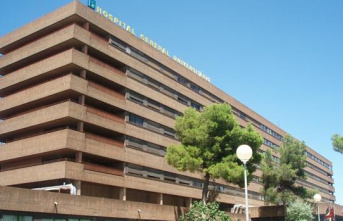 Affected by inhaling smoke a pregnant woman by a burnt...