Rudy Giuliani, Trump's lawyer, is attacked in a supermarket for the Supreme Court's ruling on abortion 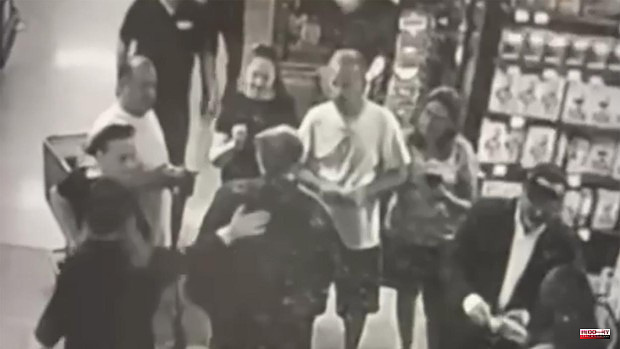 Giuliani, 78, said he had just emerged from the men's bathroom at the store and was being greeted by a group of supporters when he was suddenly punched from behind, an incident caught on surveillance video obtained by The New York Post. .

"Suddenly, I feel this 'Bam!' on my back," Giuliani said. "I don't know if they helped me not to fall, but I almost fell, but I didn't." "I feel this tremendous pain in my back, and I'm thinking, what... I didn't even know what it was," said the lawyer. "All of a sudden I hear this guy say, 'You're a fucking bastard,' then he walks away so no one can grab him."

The incident occurred two days after the US Supreme Court overturned the abortion ruling in Roe v. Wade from 1973. "The Court made a decision," Giuliani said. "You don't go around attacking people for that. I mean, go change it."

Police detained the suspect at the store. Daniel Gill, 39, of Staten Island, was charged with second-degree assault involving a person over the age of 65. He has no prior arrests.

In a statement to 'Insider', Wakefern Food Corporation, the parent company of the supermarket where the attack took place, said: "We are aware that an incident instigated by a store associate took place at our Staten Island store on Sunday that involved former Mayor Rudy Giuliani. Store security observed the incident, reacted quickly and police were notified." The company added: "We have zero tolerance for aggression towards anyone." The suspect, who had worked at the store since 2017, was "suspended pending termination," according to the company.

A New York appeals court dealt Giuliani, one of the most prominent figures in former President Donald Trump's legal team, a severe blow in June 2021 when he was suspended from practicing law for making false statements during the Republican bid. to annul the results of the 2020 presidential elections, in which Joe Biden won.

"We conclude that there is indisputable evidence that Defendant made demonstrably false and misleading statements to the courts, lawmakers, and the general public in his capacity as an attorney for former President Donald Trump during his abortive bid for re-election in 2020." , pointed out the error.

1 At least ten dead and more than 250 injured by a toxic... 2 Tiptoeing through the NATO Summit: The black olive,... 3 High mountain chefs meet in Andorra 4 Òmnium's lawsuit admitted for espionage with... 5 The Plaza Mayor, another 'NATO zone': the... 6 Cristóbal Bargueño de la Plaza, first permanent... 7 The Saxem Festival begins the cultural summer at the... 8 These are the cheapest hours of electricity this Tuesday 9 Agrarian organizations support the anti-crisis decree... 10 Petete Rubio received the Laurel Award in the Supporting... 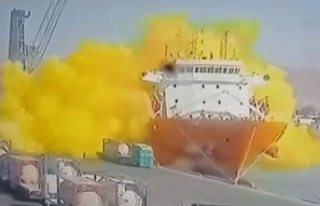 At least ten dead and more than 250 injured by a toxic...