Rodolfo Fernández, father of Rudy Fernández, has died at the age of 66 due to a brain tumor. 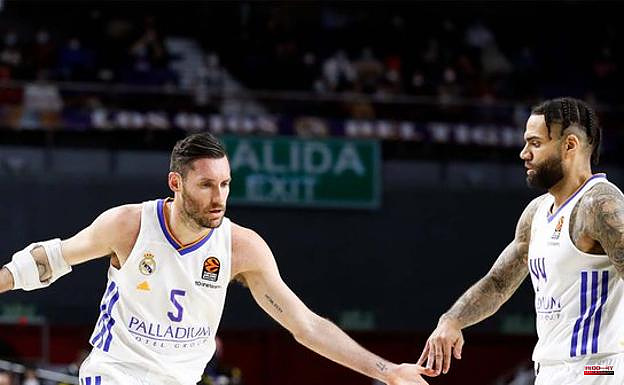 Rodolfo Fernández, father of Rudy Fernández, has died at the age of 66 due to a brain tumor. Less than a week before the Euroleague Final Four in Belgrade, where Real Madrid will face Barcelona next Thursday, the Spanish international twice world champion confirmed this Friday the death of his father, who has in mourning the world of basketball.

Real Madrid and Joventut, the club in which Rudy Fernández began his sports career, conveyed their condolences this Friday for the early and unexpected death of Rodolfo Fernández, who was also a basketball player, in the Badalona team and in Sant Josep Obrer, in what was then called the First Division.

«Real Madrid C. F., its president and its Board of Directors deeply regret the death of Rodolfo Fernández, father of our player Rudy Fernández. Real Madrid wants to express its condolences and its love and affection to his wife, Maite, to his children Rudy and Marta, and to all his relatives and loved ones. Rodolfo Fernández has died at the age of 66. Rest in peace," Real Madrid wrote in a statement.

«Club Joventut Badalona wants to express our deepest condolences for the loss of Rodolfo Fernández. We send our condolences and affection to Maite, Rudy and Marta, as well as to their family and friends, "said the black-and-green entity.

Also the Association of Basketball Clubs (ACB) joined the condolences to Rudy and his family. «The acb wants to convey our most sincere condolences for the death of Rodolfo Fernández, father of @ rudy5fernandez, and our encouragement to all his family and friends. Rest in peace," wrote the body chaired by Antonio Martín.

Rodolfo Fernández was the father of one of the most recognized pairs of brothers in the world of basketball, formed by Rudy and Marta, already retired from active basketball. The Real Madrid player has always described his father as "a fighter." «Like my sister -she lost a son when she suffered an abortion before the 2019 World Cup in China that Rudy was about to resign- and my mother. If I have to choose who to idolize, it is him, "Rudy acknowledged in various interviews.

1 Nadal and the uncertainty of Paris 2 Hoeneß is "catastrophically" annoyed: Bayern... 3 A judge investigates the former director of Kirolene... 4 Amurrio starts his title defense at Interpueblos 5 A couple of tricks to try to break a long drought 6 What is Kirolene? 7 Nadal limps ten days before Roland Garros 8 Barça transfer Coutinho to Aston Villa 9 MotoGP resumes action after Suzuki earthquake 10 Vales: "A call from Athletic are big words" 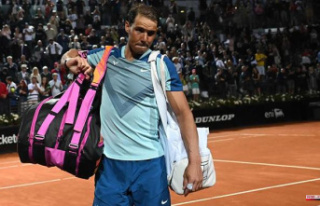 Nadal and the uncertainty of Paris