Rubén Riós, director of 'Outros Camiños', a documentary about four travelers with cerebral palsy: "It had to be told" 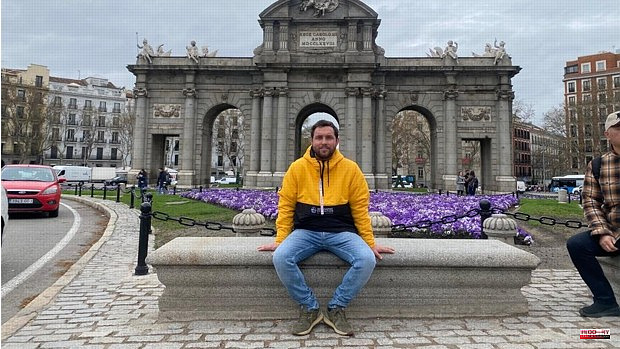 'Outros Camiños' is the new work by Rubén Riós. Premiered on April 28 at the Callao Cinemas in Madrid before the new president of the Xunta, Alfonso Rueda, the project filled the classic theater with tears with its timeless story of overcoming. The documentary follows the journey of 4 people with cerebral palsy: Fani, Paula, David and Javichi walk the Camino accompanied by the association Discamino and its president Javier Pitillas. Through Rubén's eyes, we get to know his stories better, his dreams and limitations in a journey that moves and saddens in equal parts. We chatted with the Galician director to learn more about the project, its protagonists and to find out what has marked him the most.

If only one thing had to be highlighted. What has Rubén Ríos learned in this adventure?

Did you make 'Outros Camiños' because it was a story that had to be told, or because you knew it would make us cry?

A hybrid between the two. They had been talking to me about Javier Pitillas (director of Descamino) for many years, specifically since I started in the field of inclusive cinema. He ended up telling me so many people that in the end I had to meet him. In 2017, while in Vigo for a conference, we invited both him and the protagonists of the documentary, and it was there that 'Javichi', the comedy star, asked me the question: "Hey, and would you dare to do the Walk with us?». I told him yes, although at that moment I didn't see it very clearly, really (laughs). But at that moment I realized that the story had to be told, and later, when I started walking the Camino with them, that was when it broke me emotionally.

I imagine there were many hard moments. In the end, they are realities that most people don't usually see up close...

I remember one in particular on one of the first days of the journey. I was serving dinner and I put a plate for David - his situation prevents him from eating - without realizing it. It was intense, although he took it wonderfully, like everything. I'm left with the desire to live they have, that makes you forget everything bad.

Perhaps David is the character that most impacts because of how far his reality is from ours, right?

Yes. I remember one day that I was with them and I was worried about work things, you know, paperwork, contracts… Suddenly I saw that his sister put a few drops of soda on his tongue so that he could feel the taste, since it is the only way for him to be able to prove something, and that hit me very hard. When I compared my concerns with his, I was very reflective.

Who is the star of the documentary?

Well, the star is really Javier Pitillas, who is the one who makes all this possible. I focused more on Javichi because for people to get to David they have to go through Javichi first. If I introduce you to a boy with a gastric tube and who doesn't speak, it can provoke a reaction of some rejection in the public. Like: “uff, how strong”. That's why we started to see cerebral palsy with a comedian, a scoundrel, with a guy like Javichi, who makes you smile. Once we have that image, I can add David's sandwiches, which shows a crueler side of the disease. But it was important to me that it not become a drama, but a story of people doing extraordinary things.

Sometimes the creators take the idea too seriously and there is little room for laughter, which was essential in this project.

It is that I sin a little of that, therefore I wanted to ensure that there was humor. I have a lot of respect for my work and I have fought so hard to get to the point where I find myself that sometimes that responsibility becomes serious and you enjoy it less, even more so if it is such a sensitive issue. Bringing the documentary to the comic and downplaying the problem is something we are not used to and that is what Javichi brings to the documentary. He leaves a sentence for posterity when he is in the bathroom brushing his teeth. He says: “My cerebral palsy loves me so much that it never leaves me. I have had to learn to love her; When you can't beat the enemy, join him." He says it from a comic point of view but everything that is there, concentrated in that sentence.

He has been working in inclusive cinema for a long time. What are we missing as a society from your perspective?

We will be an inclusive society the day images like the ones in the documentary stop surprising us.

I admit that many things have surprised me...

And me! If it is that it is normal because nobody teaches us. But let's see if we can all pull our shoulders together. When 15 films like 'Outros Camiños' have been made, it will seem more natural to us. It is the goal.

Where does Rubén Riós imagine himself in 5 years?

I would like to have people by my side who support my projects and be able to do bigger projects. The stories and the message will always be the most important thing, but why fool ourselves, I'm excited to be able to include helicopters (laughs).

What is your next project?

I can't say much yet, but I'll give you a few brushstrokes. We are working with a large production company with whom I had contact before the pandemic and the idea is to make a very powerful project at a European level. With much desire.

1 Podemos will not attend the NATO summit because it... 2 Hidraqua commemorates World Environment Day in Orihuela... 3 Canary Day: the island instrument that Gregg Field... 4 "I was scared, I ran out of there": the... 5 Customs in Senegal announce a record seizure for fake... 6 They arrest a 10-year-old boy for threatening a mass... 7 World Cup 2022: Play-offs for the three remaining... 8 Texas murders: Cops save their children and prevent... 9 «We lived a horror in Paris, our children cried with... 10 Spain: May sees an increase in inflation to 8.7% year-on-year...

Study: Some autoimmune diseases could be a late consequence of Covid 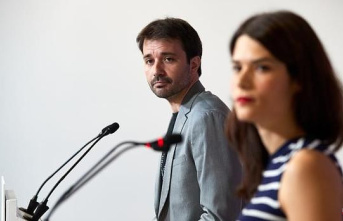 Podemos will not attend the NATO summit because it...