Albacete Balompié announced this Monday that Rubén Albés (Vigo, 1985) will be the new coach in the second division return. 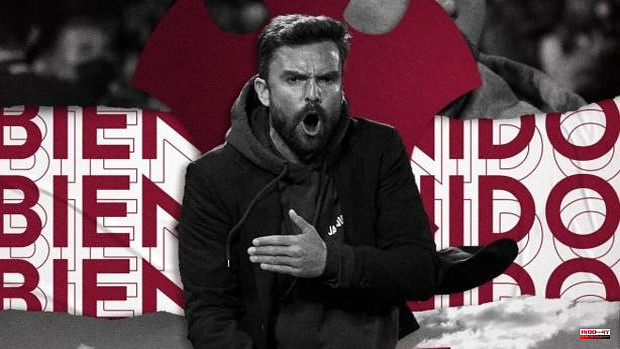 Albacete Balompié announced this Monday that Rubén Albés (Vigo, 1985) will be the new coach in the second division return. He has signed for one season. Albés arrives from CD Lugo, whom he coached last year and in the last part of the previous one, achieving salvation in both campaigns. Curiously, on the first day of LaLiga Smartbank, the 'Alba' will visit the 'Anxo Carro' to face CD Lugo. Albés is Galician and is the same age as Rubén de la Barrera, the Albacete coach who was scared after the historic promotion in 'Riazor' against Deportivo de la Coruña.

The new coach of the La Mancha team has 12 years of experience on the bench, although in the elite he has only been with CD Lugo, who claimed him at the end of April 2021 in a desperate situation.

They were in decline, there were seven games left and he was the fourth coach of the season after Juanfran, Nafti and Luis César Sampedro. Albés barely added a draw in the first three games and CD Lugo was penultimate, four points from remaining. However, in those last four games he added 10 points and achieved the goal. As an anecdote, a one-one draw against Albacete at the 'Carlos Belmonte' was key, in a match in which the La Mancha team signed their death sentence.

Another relevant fact in Albés's career is that he was the second coach of a legend of Albacete Balompié, such as Benito Floro. It happened in 2012, at the Moroccan Wydad Casablanca. In addition, he has managed Burjassot FC, Novelda CF and CD Eldense, the latter in Second B.

Likewise, he has worked in big clubs. In 2015 he started in the Real Valladolid subsidiary in Second B and later became part of the coaching staff of the Pucelano first team under the orders of Miguel Ángel Portugal. He then he would return to the subsidiary. Likewise, he was in the subsidiary of RC Celta de Vigo, with whom he came to dispute the 'play off' for promotion to the Second Division. And before CD Lugo, he coached UCAM Murcia in Segunda B and Romanian FC Hermannstadt.

1 Damiano Tommasi, from playing for Levante to becoming... 2 Torrejón, prepared for the NATO summit: 28 delegations,... 3 Silván trusts that the PP leadership "will not... 4 A woman dies run over by a van in Zamora 5 France asks to allow Iran and Venezuela to return... 6 Until when can the income statement be made? 7 "Lewandowski wants to show that he is better... 8 The Iacobus Maris unfurled sails in Genoa 9 Tomás de Perrate: «We must continue in the classic... 10 Ence projects in As Pontes a complementary plant to... 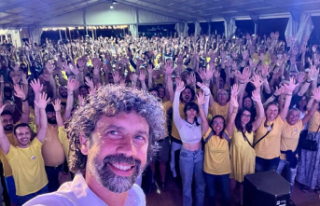 Damiano Tommasi, from playing for Levante to becoming...