Romain Bardet: no Tour de France, but big ambitions on the Giro? 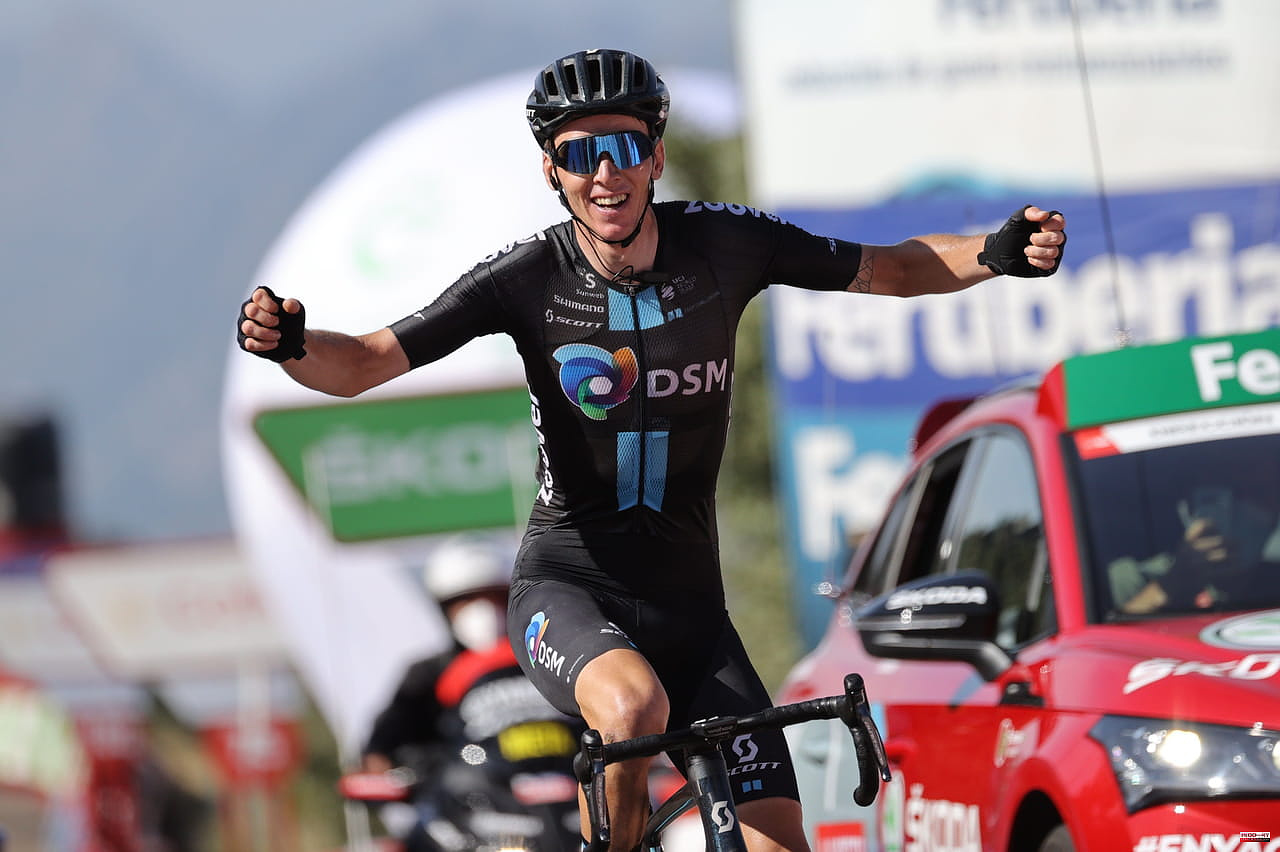 BARDET. Considered one of the best French riders in the peloton, Romain Bardet forged his popularity with his fine performances in the Tour de France. Biography, salary, private life, find out everything you need to know about the DSM team rider.

Committed to the Giro from Friday, the last winner of the Tour of the Alps has big ambitions in the general classification of the Tour of Italy as he confided to the microphone of Eurosport on April 19. "There was a little taste of unfinished compared to last year, my performance. The general classification was not extraordinary (7th). I do not train for that. It was my first year in the he team, a lot of things have changed in the winter… We have assessed a lot of things and I think I can arrive at the start of the Giro in better spirits than last year. It's a race, a Grand Tour which, if I prepare it specifically, suits me very well (...) The goal is not to put pressure on myself. I think that I approach it with very good dispositions, freshness, I have been able to train as I wanted. I want to arrive in Budapest (where the Giro 2022 will start) with 100% of my means and for the race to start. As for knowing if I will do 5th, 6th or higher, I hope so… It doesn't matter, the main thing will be to give everything.

Romain Bardet was born on November 9, 1990 in Brioude, a town in Haute-Loire in the Auvergne-Rhône-Alpes region. Son of a teacher father and a nurse mother, he took his first cycling license at Vélo Sport Brivadois at the age of 9. After promising results, the young cyclist was hired by the National Division 1 club CR4C Roanne. After a 5th place during the mountainous Tour des Pays de Savoie, Vincent Lavenu, manager of AG2R La Mondiale convinced him to join CF Chambéry, the antechamber of the professional team in 2010. The following season, Romain Bardet ranked sixth of the Tour de l'Avenir and won two stages of the Tour des Pays de Savoie.

In 2012, for his professional debut, he distinguished himself thanks to a long breakaway during the Amstel Gold Race. The young climber participated in his first Tour de France in 2013, where he finished 15th. He won his first pro victory with his success in the general classification of the Tour de l'Ain. Bardet revealed himself to the general public, taking 6th place in the Tour de France in 2014. He won a stage of the Grande Boucle in Saint-Jean-de-Maurienne the following year. In 2016, he signed his best Tour de France, finishing second behind Chris Froome, while winning a stage. The climber climbed on the podium again (3rd) in 2017. In 2018, Romain Bardet won his first podium on a ''Monument'', with a 3rd place in Liège-Bastogne-Liège, and became vice-world champion in line race, behind Alejandro Valverde.

2019 is a special year for the native of Brioude who decides to make the Grande Boucle his main objective for the season. But the failures are linked to the Tour de France where Romain Bardet despite obtaining the polka dot jersey, finishes 15th and decides to stop his season to "regenerate physically and mentally". After a fall in 2020 and a concussion, he was forced to abandon the Tour de France. The 2021 season is that of a big change for Romain Bardet who announced on August 10, 2020 his departure from the AG2R La Mondiale team to join the DSM formation. In 2022, he won the Tour des Alpes, his first stage race since 2013, and the Tour de l'Ain.

Climber-puncher, Romain Bardet was compared to Alexandre Vinokourov as soon as he arrived in the peloton. He is a natural leader in the teams he meets thanks to his approach to the job of professional cyclist. In addition to his career as a runner, Romain Bardet has a label of "runner-student" that has stuck with him since his graduation in 2016 from the Grenoble School of Management.

Faithful to Vincent Lavenu since his move to the professionals in 2012, Romain Bardet left AG2R La Mondial on August 10, 2020 announcing his arrival at the DSM formation.

With the Dutch team, the Frenchman earns 2 million euros per season.

The climber started on the Grande Boucle in 2013, during his second pro season. Teammate of Jean-Christophe Péraud at the start, he took advantage of the abandonment of his leader to play his personal card and rank 15th. In 2014, he ranked 6th in the Tour de France, while having worn the white jersey for several players. The following year, he won his first stage in the Tour de France after a long breakaway to Saint-Jean-de-Maurienne. He also finished 9th overall. In 2016, Bardet obtained his best place on the Grande Boucle, finishing 2nd, while winning his second stage arriving at Mont-Blanc. He did it again in 2017 with another stage victory at Peyragudes and continued with his second consecutive podium behind Froome and Uran. Finally, in 2018, the climber had bad luck, especially during the cobblestone stage and finally finished the event in 6th place, far from Geraint Thomas. In recent years, Romain Bardet has not had any success on the Grande Bouche with a 15th place in 2019 and a retirement in 2020.

After having "rolled" for the AG2R team from 2012 to 2020, Romain Bardet signed on August 10, 2020 with the Dutch team DSM, formerly called Sunweb or Giant-Alpecin. John Degenkolb or Soren Kragh Andersen are the main partners of Romain Bardet who receives 2 million euros per season.

The AG2R La Mondiale rider has been sharing his life since 2012 with 27-year-old Amandine Cid. The young woman has several degrees in hospitality and tourism.

Former cyclist in the clubs of the US Condat and the CRLC, the companion of Romain Bardet has a cooking blog, which she regularly feeds on social networks.

In a relationship with Amandine since 2012, the two lovebirds were married in October 2017 before becoming parents of Angus, born in February 2020.

Originally from the Auvergne-Rhône-Alpes region, Romain Bardet has already had the opportunity to race on his land in the 2019 Tour de France. His family lives in Paulhac, a few kilometers from Brioude. 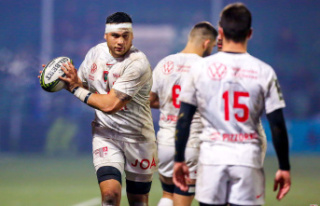 Top 14: Toulon creates a surprise in Bordeaux, the...