If there is only one left: Geoffrey Blancaneaux is the only Frenchman to have spent the qualifying week to find himself in the big picture at Roland-Garros. 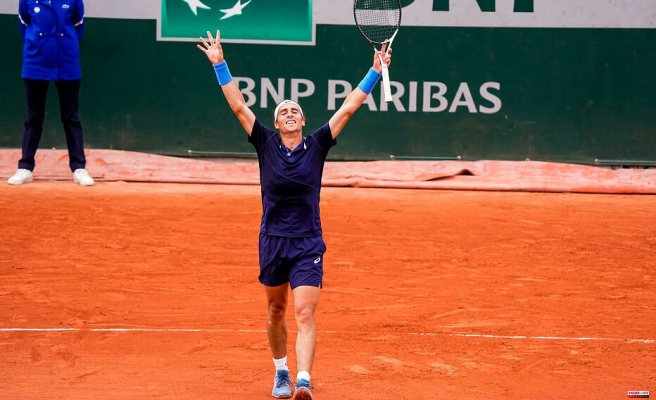 If there is only one left: Geoffrey Blancaneaux is the only Frenchman to have spent the qualifying week to find himself in the big picture at Roland-Garros. If it needed a new sign of the poor health of tricolor tennis, here is an additional one.

That doesn't spoil the fun for the former juniors winner here in 2016 who enters the Grand Slam draw for only the second time in his career after an appearance at the US Open in 2017. in Paris where he was born, Blancaneaux, 23, had never managed to get out of qualifying until then.

How do you feel after finally coming out of qualifying?

GEOFFREY BLANCANEAUX. I'm really enjoying the moment, it's amazing. It rewards so much effort. The inner joy when you have accomplished something you wanted from the bottom of your heart is so amazing. My goal this year was to compete in a Grand Slam, I managed it on the second attempt (after Australia). I'm very happy.

Did you look on cloud nine during your match against the German Masur this Friday, won 6-1 6-3?

I approached it well and managed to keep the intensity and the rigor to achieve what sometimes looked like the perfect match. He would have been if I had won the second set more easily. However, I knew I had it under control if it had to last even longer.

You did a lap of honor with the French flag. Was it premeditated?

This is the first time in my life that I've done this. I loved it incredibly. I loved it, I hope I can do it again when I win my first round match.

Is it stronger to qualify for the main round than to win the junior tournament?

It's different. I have matured a lot since 2016 even if my best period remains when I won here in juniors.

1 IN PICTURES | Tornado injures 30, 10 seriously in... 2 Covid slows down and health pressure drops, but Castilla... 3 Biden fears a Korean missile will hit his visit to... 4 Elisabeth Borne: purchasing power, Pap Ndiaye... what... 5 Paris 13 Atletico under pressure, the young people... 6 Spain: a sauna suspected of being a focus of monkeypox 7 10% of public works could be deserted by inflation 8 Santonja: «The Ages will hardly leave the Community... 9 Castilla y León will maintain the educational "successful... 10 Investigation into the tragic death of a young Quebecer... 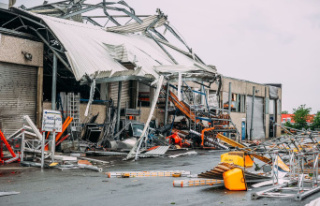