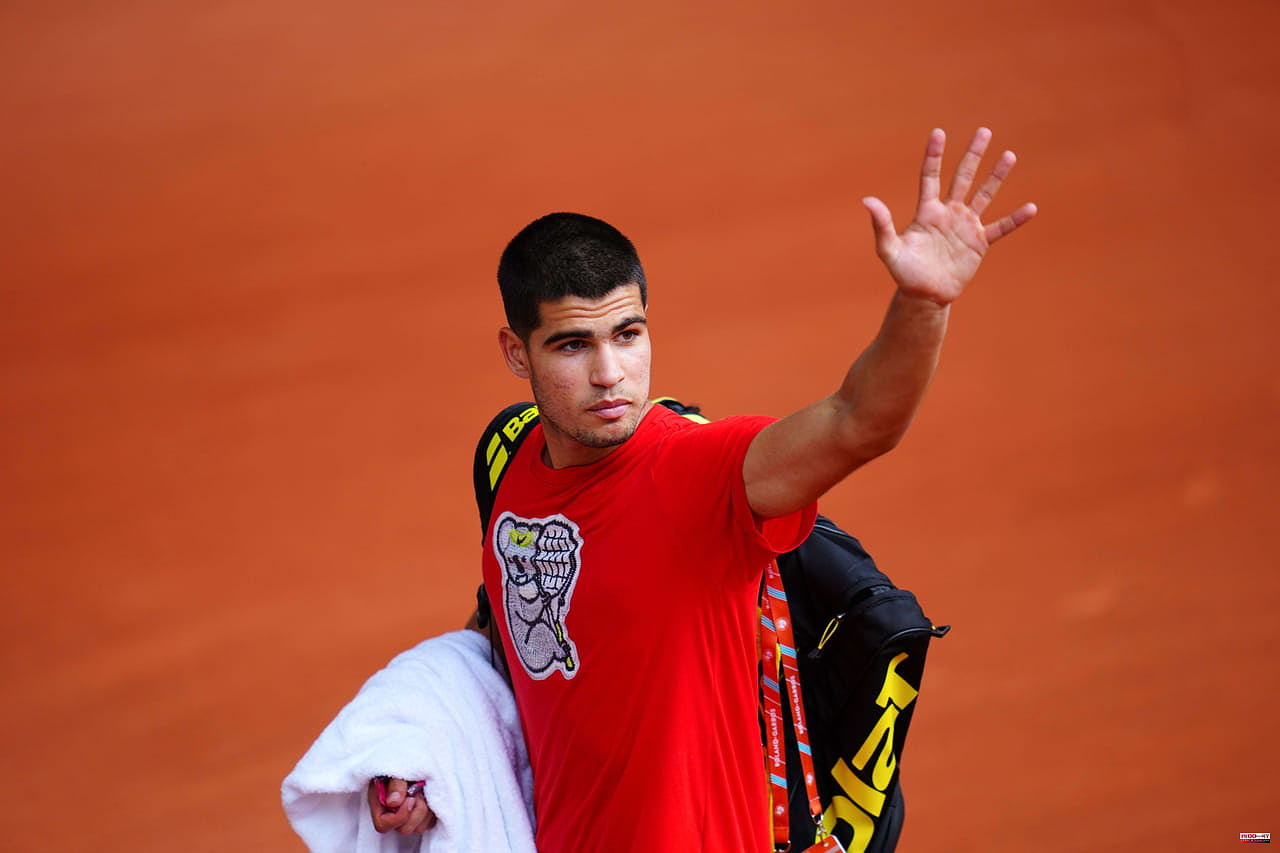 ROLAND GARROS. Start of Roland-Garros this Sunday, May 22 with the debut of Carlos Alcaraz and Alexander Zverev from the first day.

The Roland-Garros tournament begins in a few hours and some great displays are on the program for the first round this Sunday. Among the headliners who are engaged on May 22, the Spanish sensation Carlos Alcaraz will be on the Philippe Chatrier court in the last rotation against a qualified player while Alexander Zverev will be opposed to the Latvian Ofner on the Suzanne Lenglen court. Among the other posters, Ons Jabeur will open the ball on the Chatrier, Thiem, Muguruza or even Fognigi will be on the Simone Mathieu court. Among the French, we will follow Kristina Mladenovic, Clara Burel or even Quentin Halys against John Isner on Suzanne Lenglen.

With the programming, there will therefore be no Jo-Wilfried Tsonga this Sunday, he who will have to get rid of Casper Ruud for the start of the tournament if he does not already want to retire. Asked about his departure, Novak Djokovic also paid him a nice tribute. I know Jo very well, since the juniors. I have a lot of respect for him, he's an incredible guy. He generates a lot of positive vibes around this sport through his behavior and his game. He can be proud of what he has accomplished. For "Djoko", Tsonga was a "charismatic" and "very powerful" player. He now wishes him "the best possible goodbye" and imagines "that he will receive a lot of support on center court."

Asked about his departure, "Jo" wants to savor the last moments. "I feel both relieved to know that it's the last, because I still have my mind and my body telling me it's time to stop, and at the same time very excited, he said. I want to go on the court. I'm going to meet a player who is very good, very consistent. I know it will be a tough match. But I'm happy to be able to experience this and whatever it is. happens, it will be a party for me. I can't say it's a great feeling or it's a bad one. Anyway, it's a moment that for me, I'm sure, will be filled with emotion."

At Roland Garros, the official program for each day, available on the official website, can sometimes be turned upside down. Indeed, if the schedule for the start of the day is quite clear, it is very difficult to count on the exact time of the end of the matches. The main constraints for the organizers: the weather and the sunset time. Indeed, only the Philippe-Chatrier court has a retractable roof and can host matches at night. Other courts do not have lighting. The schedule for Sunday 22 May:

Here are the details of the meetings for this Roland Garros 2022 with the matches of the top seeds as well as the French men and women for the first round of the French Open which begins this Sunday, May 22:

This Roland-Garros 2022 begins with the main draw matches on Sunday, May 22. The date for the men's final, which traditionally closes the fortnight, has been set for Sunday June 5, 2022.

The Roland Garros ticketing system (see the official website) for the 2022 edition has been revised. The objective of the organizers is to fill the courts "to full capacity". For this, access to the stands has been reworked with the sale of 1,500 "annex-up" tickets which will allow ticket holders to attend matches on the annex courts but also to fill the boxes of the central court Philippe Chatrier , in case of low attendance. Often empty, the presidential stand will experience change in this 2022 edition. The organizers will give club volunteers the opportunity to attend matches from this stand, by inviting them regularly.

For the second consecutive year, €10 tickets for young people under 25 will be on sale. Also note that in addition to qualifying matches and main tournament matches, other types of tickets are offered, for peripheral events: Children's Day, Legends Trophy... It is also possible to obtain tickets when arriving at the end of the day thanks to the Evening Visitors offer. Finally, the organizers offer Weekend Passes, Semi-final Passes or Final Passes.

The global allocation for Roland-Garros is known. In 2022, this will amount to 43.6 million euros, or 7% more than in 2019. 2.2 million euros are promised to the winners of the singles tables. The organizers had promised to make an effort in the endowments for the qualified and eliminated from the first round. Something done for players who have not passed the qualifications with a 66% increase in the allocation allocated to the qualifications compared to 2019 and 30% compared to 2021.

In a press release, the French Tennis Federation indicates that "the increase in the allocation for the 1st round of the singles draw and qualifications makes it possible to support the populations of players who have suffered the most from the health crisis in recent years. ."

Roland Garros has been broadcast for many years by public service channels and Eurosport, but there have been changes since last year. Exit Eurosport: the broadcasting rights of the competition are now shared between France TV and Amazon Prime (subscribe to Amazon Prime Video), the video on demand service, which offers evening matches and those played on the Simonne court - Matthew. The semi-finals and finals are co-broadcast.

Pending possible withdrawals and the announcement of invitations, here are all the French people involved in this Roland-Garros 2022:

As they announced that they were going to retire, Jo-Wilfried Tsonga and Gille Simon were invited by the organizers of Roland-Garros to play their last Grand Slam in France.

1 Finland, Sweden and NATO try to appease Erdogan with... 2 NATO: Erdogan calls on Sweden to "end its support"... 3 US and South Korea sign trade memorandum of understanding 4 Leclerc flies in Montmeló with the improvements and... 5 A revolutionary home DNA test to know everything about... 6 Yates repeats victory in Turin and Carapaz wears pink 7 For Zelensky, any alternative to Ukraine's EU... 8 Severe thunderstorm and tornado watch in several regions 9 A demonstration forces the closure of the Honoré-Mercier... 10 Grand Steeple-Chase de Paris, in the race with Dominique... 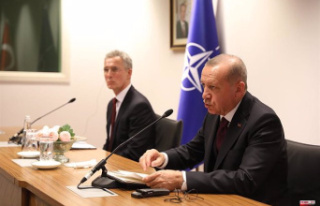 Finland, Sweden and NATO try to appease Erdogan with...