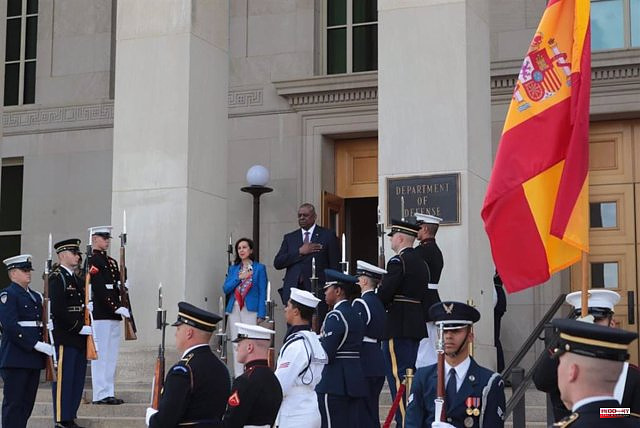 The Minister of Defense, Margarita Robles, and the US Secretary of Defense, Lloyd Austin, have promised this Thursday to work on the "construction of a new security architecture for Europe", together with NATO allies and partners from the EU, as a response to the situation in Ukraine after the Russian invasion.

Robles held a meeting at the Pentagon, in Washington, with Austin, in which both highlighted "the excellent bilateral relations between the two countries" and addressed key issues such as the evolution of the conflict in Ukraine or the upcoming NATO summit in Madrid, reported Defense in a statement.

Prior to the meeting, the minister highlighted to the media the "strong historical and cultural ties" that unite the two nations, which "are reaffirmed in these current challenging times" and confirm, "more than ever, the need to continue working together".

The Minister of Defense began by speaking "as a European", acknowledging "the American sacrifice" in defense of freedom in Europe during the two world wars, and during the dark years of the Cold War, guaranteeing that the flame of freedom, democracy and human rights will never go out in Europe". She has also highlighted that this commitment has been renewed these days in the face of the aggression of Putin's Russia to Ukraine.

Robles and Austin have agreed to highlight the strong ties and values ​​that unite both countries, "which are the basis of the Defense Cooperation Agreement between Spain and the US, and also our membership in NATO", according to the Ministry.

The minister also underlined the importance of the NATO summit in Madrid being "a meeting point" and serving to "reaffirm" the commitment to "defend the principles that unite us and reinforce that spirit of solidarity that constitutes the central nucleus of NATO", but also to build bridges with other partners and with other regions outside the Alliance.

Both have reviewed the security threats and challenges that are so complex that, they have pointed out, they must be faced "together" and they agreed on defense security "in 360 degrees". "The urgency of the situation created by the cruel Russian invasion increases the security challenges from the South," Defense said in the note.

For his part, the US Secretary of Defense valued "Spain's important leadership on the southern flank", while thanking Spain's commitment "to contribute to collective defense on the eastern flank". "Spain is an absolute friend of the United States, we could not be more grateful. These are times that call for solidarity and we are very hopeful because we have never seen NATO more united. For this reason, we are especially grateful to Spain for hosting the next NATO summit, which will be very important", he said, while highlighting "the humanitarian and defense assistance from Spain to Ukraine".

According to the Ministry, the Madrid summit "will culminate a profound process of transformation of the Alliance and from it will emerge the new 'Strategic Concept' that will define the nature and purpose of NATO in the face of a new and challenging global strategic panorama, maintaining a 360 degree view.

Along with attention to the southern flank, the evolution of the conflict in Ukraine occupied a large part of the meeting, and in this regard, both Robles and Austin expressed their conviction to continue supporting the Ukrainian Armed Forces with military and humanitarian aid.

The situation on the southern and eastern flanks of NATO and industrial cooperation and investments in defense were other issues that were addressed at the bilateral meeting.

Both underlined the importance of increasing investments in Defense and Secretary Austin thanked President Pedro Sánchez for "the firm commitment" to progress towards the 2 percent goal. The minister was accompanied at the meeting by the Spanish ambassador to the United States, Santiago Ansorena, and the Secretary General for Defense Policy, Admiral Juan Francisco Martínez Núñez.

Robles, on her first official trip as Defense Minister to the United States, began the official acts in Washington with a visit to Arlington National Cemetery where she participated in a floral offering at the tomb of the unknown soldier, which "exemplifies the courage and honor and remember those who gave their lives bravely and selflessly without anyone witnessing it", explains Defense.

The minister has toured the museum, where Robles has delivered an effigy of a Spanish soldier with a flag. In Arlington Cemetery, opened in 1864, numerous presidents, Supreme Court justices, astronauts, and more than 400,000 military personnel, veterans, and their immediate families are buried.

The Defense Minister has visited the tomb with "the eternal flame" of assassinated President John F. Kennedy and those of other members of that family.

Subsequently, he went to the Pentagon where he had a working lunch with the Secretary of the US Navy, Carlos del Toro, prior to the bilateral meeting with his counterpart Austin. Both have agreed to underline that the historical relationship between the two navies has been a bridge of cooperation in military doctrine and industrial cooperation.

1 PSG ultras support Idrissa Gueye 2 Twitter will hunt down misleading messages about the... 3 Robles guarantees the US that Spain will continue... 4 Sick, Charlotte Cardin postpones all her concerts... 5 Canada to ban Huawei from its 5G network 6 Puigdemont requested the mediation of the Vatican... 7 Long leave: advice from the MFFP to be careful on... 8 Travel: Conservatives want airport restrictions to... 9 Barça will fight to revalidate the Champions League... 10 A good start to the season abroad for the Capitals 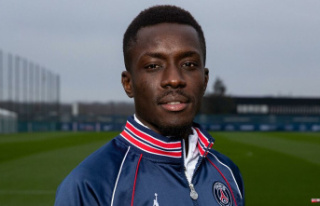