The 152 families that cannot build their homes due to the decision of the Rivas Vaciamadrid City Council to paralyze building permits in the municipality have managed to wrest from the mayor of the town, Pedro del Cura (United Left), a commitment to try to reach a solution and avoid lawsuits. 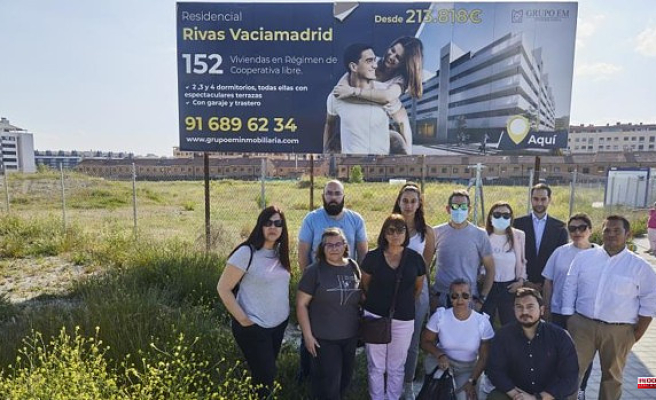 The 152 families that cannot build their homes due to the decision of the Rivas Vaciamadrid City Council to paralyze building permits in the municipality have managed to wrest from the mayor of the town, Pedro del Cura (United Left), a commitment to try to reach a solution and avoid lawsuits.

This group of cooperative members had denounced their situation, through a complaint before the Special Prosecutor's Office against corruption and organized crime and last Monday they had met to approve the filing of a lawsuit against the mayor and the person in charge of Urban Planning. However, although the presentation of the complaint was approved by the cooperative members, they agreed to give themselves a period of one month to file it, since the mayor has shown himself willing to meet with them to try to reach an agreement.

The meeting, according to what municipal sources assured ABC, still does not have a date to be held, but they maintain that it may possibly take place next week.

The complaint, to which ABC has had access, is for "alleged prevarication and misuse of power", after the city council of this Madrid municipality decided to paralyze the granting of building permits. This cooperative had requested this municipal permit prior to the suspension of these licenses, without being informed of this circumstance, for which it considers itself harmed by the decision.

In this sense, they point out that «any deviation in time, any delay and any change, immediately translates into higher prices derived in part from the financial costs that are produced and the insecurity that appears in relation to the rise in prices. mortgage interest rates.

From the City Council of Rivas they emphasize that the stoppage in the granting of licenses has been supported by the courts of justice. Thus, they assure that the consistory “has won in the Superior Court of Justice of Madrid the contentious-administrative appeal filed by Jarama Desarrollos Inmobiliarios against the agreement of the Plenary Session of July 2021 by which the urban planning licenses in the Cristo de Rivas sector were paralyzed ».

This decision, always according to the city council, "not only demonstrates the correct action of the plenary session of the city council, but also exemplifies that the judicial route will only serve to lengthen the ongoing processes." In this way, the Government invites the promoters, construction companies and real estate companies to "opt for the path of dialogue, leaving aside coercion and threats and respecting the work of the technical staff, the municipal government team and the decisions that legally take the Plenary”.

1 The award of the competition for the Plaza de Las... 2 Rahm leaves a lot of work in Tulsa 3 The controversy over the Saudi golf revolution sneaks... 4 The Basque Country will have a "relevant"... 5 The Government allocates 15 million to launch the... 6 War crimes: Five Western countries support Ukraine's... 7 Collège François-de-Laval: a former student claims... 8 Russia denounces Ukrainian attacks in Kurks for the... 9 New asphalt to be redone on the A40 10 Camels: «It is very cool that you are valued in your... 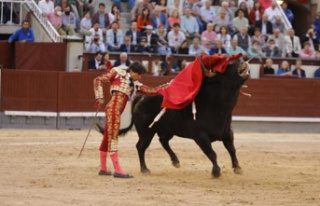 The award of the competition for the Plaza de Las...