Marcel Stut burns the Szechuan pepper twice, which exudes its lemony scent in a pot on an induction stove behind the counter. 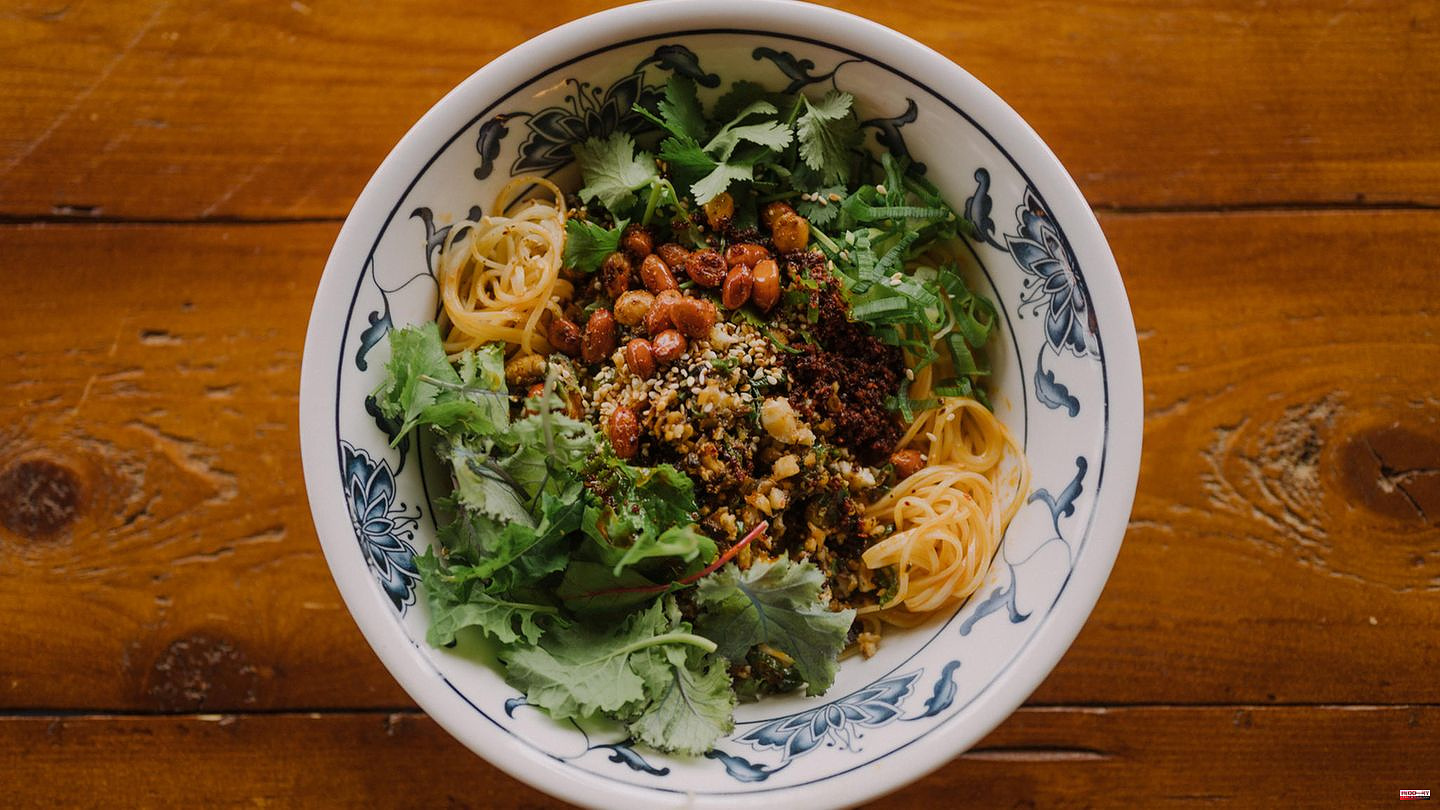 Marcel Stut burns the Szechuan pepper twice, which exudes its lemony scent in a pot on an induction stove behind the counter. Fine columns of smoke rise. Stut talks too deeply about northern Chinese cuisine, the variety of ingredients and how he gained Tim Mälzer's respect. But more on that later.

Stut is currently pulling meter-long wheat noodles out of a pot in his restaurant. The restaurant that shouldn't really exist: "I never wanted to open one," he says, laughing. But with five partners, one of whom owns the Dim Sum house in Hamburg, Stut dared to do it: The "Batu" in Hamburg's Sternschanze has been open for four months. There are "dumplings and noodles with sauces," says Stut. All recipes are based on the north Chinese Szechuan cuisine, but with seasonal ingredients. The combination is already attracting guests from all over the world. Chinese, Danes and Americans have been there, Tim Mälzer has eaten here too. There are already waiting lists at the weekend. The accolade for a restaurant. What makes Stut different?

There's cuisine here that isn't boring. Dishes with an aroma that is unknown in this country. Ingredients like fermented black beans, pickled mustard leaves or black cardamom, which looks like a fat nutmeg, are combined in such creative ways that it just makes "boom, bang, bang" in your mouth. The noodles are homemade because the ones available in Asian supermarkets don't meet the requirements of the restaurant operators. Hoisin sauce, a sauce made with fermented soybeans, garlic, vinegar, spices and more, is something chefs prefer to produce their own way too.

Stut is not in the kitchen but is responsible for the recipes and the menu. In the meantime, the chefs are getting more and more involved. A special feature: All cooks, except for the dim sum master, are just out of training. "So they are still fresh and flexible for new things and really burn for what they do," explains Stut. They are always cheaper.

Although Stut is not a trained chef, he was born with a love of food. His mother has Chinese roots and until Stut was 13 years old and demanded different food, she only cooked Szechuan dishes. Family destinations were chosen based on where the best food was. So it mostly went to Italy, his parents didn't think there was anything right in Spain after all.

The name of the restaurant "Batu" is not pure invention, but short form of "Bamboo and the Turtle", a children's story about a little boy and a turtle who go on a journey in search of a dragon that creates the world Has. Stut also makes a trip in his restaurant. Sometimes the palate isn't used to the aromas in "Batu". There was once a guest who wanted to call an ambulance because his mouth was so numb. But that was only because of the Szechuan pepper. Since then, Stut and his team have been using a little more subtle spices. "We don't cook traditionally, we continue to develop the recipes in the way that suits us best," explains Stut.

Stut has also been developing Tim Mälzer's cookbooks since 2009. Stut owes the respect of the famous chef to a chili oil: Mälzer popped up in the "Eating and Drinking" kitchen once a month because he came to discuss recipes for the "Eating and Drinking for Every Day" magazine. Stut was working as a chef there at the time. "He was always making stupid jokes and often walking around with a chili pepper in his mouth," says Stut. "I also like to eat spicy and had just prepared a chilli oil." Mälzer asked Stut what he would do there. "I took a toothpick and dipped it in the oil, which hurt. Mälzer took a whole teaspoon of it." At first nothing happened, then Mälzer drank two liters of milk. "The meeting had to be canceled because Mälzer was lying under the table. From that point on he really liked me," says Stut.

Meanwhile, Stut puts cashew butter with soy sauce in a bowl, places the long wheat noodles on top and tops it all off with aromatic cauliflower and lots of spices, fresh herbs and peanuts. The taste is unique: full-bodied, spicy and surprisingly different. I think I just ate the best pasta sauce of my life. 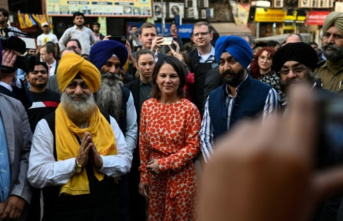