Two North American states, with a combined population of 15 million people, are preparing to make it easier for school teachers to have greater access to weapons to carry them in class and defend themselves and their students in the event of an assault. 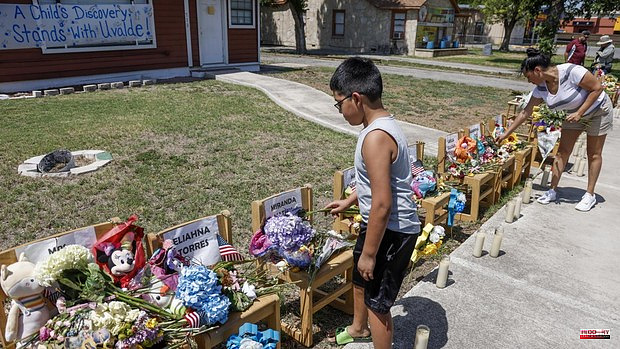 Two North American states, with a combined population of 15 million people, are preparing to make it easier for school teachers to have greater access to weapons to carry them in class and defend themselves and their students in the event of an assault. The state legislature in Ohio passed a law — which the Republican governor has said he will ratify — that allows schools to join a program to train teachers in the handling of weapons for 24 hours or less, and make it easier for them to carry them in classrooms. The Louisiana regional congress has amended a law to allow teachers to carry weapons in classrooms.

These measures come after several chain massacres, the most recent in a Texas elementary school in which an 18-year-old boy killed 19 children and two teachers.

On Thursday night, President Joe Biden addressed the nation asking it to pressure Capitol Hill to pass tougher gun laws. Republicans, however, have advocated safer classrooms and, in some cases, arming teachers, something former President Donald Trump already advocated after another school massacre in Florida in 2018.

Republican lawmakers in Ohio have sent Governor Mike DeWine a new law that allows schools to allow teachers to carry weapons after a training program lasting just 24 hours or less. Until now, a similar program lasts 700 hours. Governor DeWine indicated in a statement that he will sign the law. "I thank the assembly for passing this bill to protect Ohio's children and teachers," he said. Major police and teachers' unions have opposed this state law, as well as Democrats.

Also Wednesday, the Republican-controlled Louisiana Senate amended a gun ownership bill to make it easier for teachers and school administrators to carry them and not have to hide them. As amended, the bill would authorize school districts to appoint what it describes as "school protection officers," who would have to complete a training course and obtain a permit to bring weapons to school. That law now goes to the full Senate, and from there to the Chamber, before reaching the governor's office.

In the case of the recent Texas massacre, the school had a protection system in place, alerting the police, who intervened too late to save the children. The murderer locked himself in the school, located in the town of Uvalde, and killed without hindrance for about an hour, according to later accounts. Authorities have opened an investigation.

1 Agustín Zulueta: "We contribute about three... 2 Why is the Roland Garros trophy called the 'Musketeers... 3 Abascal warns PP "Either you govern together... 4 They judge a promoter who deceived the public throughout... 5 The Minister of Health: «The Ministry has the key... 6 Nick Cave, black magic at Primavera Sound 7 Due to potential listeria, cheeses from 9 states have... 8 Biden's beach home in Delaware was the subject... 9 Two arrested in Toledo after leading a brawl on the... 10 At least 32 dead and 450 injured in Bangladesh by... 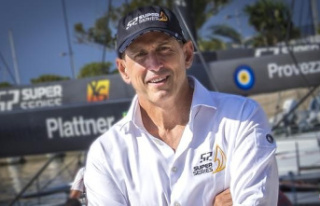 Agustín Zulueta: "We contribute about three...