Report says that almost all asylum seekers in L.A. do not have legal counsel and face deportation

A majority of asylum seekers in Los Angeles have received an order deportation under the Biden administration program to expedite asylum hearings. 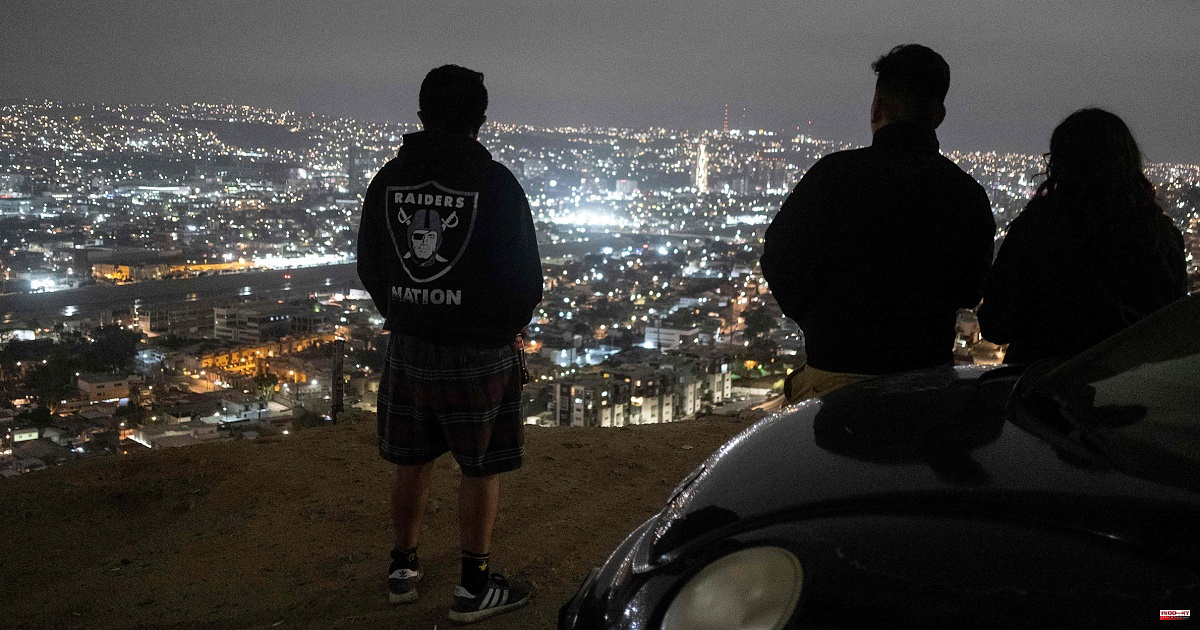 A majority of asylum seekers in Los Angeles have received an order deportation under the Biden administration program to expedite asylum hearings.

The Immigrants’ Rights Policy Clinic conducted a study and found that 91.9 percent of 449 cases under the Dedicated Dockets Los Angeles program ended up with removal orders.

"Through this Docket the Biden administration not only denies families seeking asylum their day at court but also punishes children, some under a year old by entering deportation order that will follow them for their entire lives, leaving them vulnerable for deportation without ever receiving any day in court," Ahilan Aulanantham, faculty director for the Center for Immigration Law and Policy, UCLA School of Law said in a statement.

The Dedicated Dockets were created to provide asylum seekers crossing the southwest border with a fair, efficient, and expedited hearing process. This program is available in 11 cities. It aims to cut down on the average time it takes to resolve cases from 4.5 years to 300 days.

The Immigrants Rights Policy Clinic at UCLA School of Law has discovered that the program has left families without legal representation and a large number of in-addition deportation orders against children.

The group discovered that 70.1 percent of the families who were placed on the Los Angeles Dedicated Docket were subject to an expedited docket without the assistance of lawyers.

Most removal orders were issued absentia. This means that the deportees weren't even present in court and were unable to defend their case.

The report also found that immigration judges assigned to Los Angeles Dedicated Docket had higher denial rates nationwide than any other judges -- 90.7 percent versus 67.6% nationally.

Los Angeles has approximately 2,410 families assigned to the docket. Most are charged with entry without inspection.

Nearly half of the docket was made up of children, who were all part family units.

According to the report, almost half of all in absentia orders were issued to children. The majority of them were under 6 years old and had no attorney.

Hiroshi Motomura from UCLA, a UCLA law school professor and faculty director at the Center for Immigration Law and Policy said, "Children often claim that they are stronger than their families, but children and parents are lumped together and so it is one of the most troubling things that so many children are sent home without ever having a chance."

NBC News reached out the Department of Justice regarding the report's findings. According to the DOJ the Executive Office for Immigration Review, (EOIR), doesn't comment upon third-party reporting about the data.

David Neal, Director of EOIR, published a memo in November to improve communication between the office & the legal community to increase interest pro-bono representation in these types of cases.

Talia Inlender (Deputy Director of the Center for Immigration Law and Policy) explained that Dedicated Dockets were designed for families and was used to place parents and children in immigration proceedings, consolidating cases and so on.

Inlender stated that if there isn't a lawyer to guide people through the proceedings, the child will become invisible. It's almost as if the parent's case moves forward, and the child is an added member of the family. This does not negate the children's independent claims for relief.

Inlender explained that children who are subject to removal orders are stripped of their appeal rights. This makes it more difficult for them to return to the U.S. legally and could lead to them being charged with illegal reentry.

Over two-thirds (33%) of all cases involved people from Guatemala, El Salvador and Nicaragua.

Previously, Biden's Dedicated Dockets were known as "Rocket Dockets" during the Obama and Trump administrations. They produced a similar lack in legal counsel and rate of in absentia Removal.

Prior to the introduction of Dedicated Dockets low-cost and pro-bono lawyers were operating at full capacity leaving families with little time to find legal representation.

The chances of obtaining asylum were significantly increased by those who had lawyers. They can file applications, win change-of-venue motions and help translate evidence to support their claims.

Only 33 percent of non-accelerated dockets had counsel shortages.

"The cases are being handled at an accelerated pace. You're not taking one person's claim. Inlender stated that they are all family cases and all require representation of multiple persons. Without counsel, there is no way to have fair hearings in these proceedings.

Along with the absence of representation, 88.7 people on the dedicated Docket are presumed speak Spanish as their primary language. This figure can be misleading because many migrants arrive in Spanish speaking countries and are fluent in Spanish.

According to the report, notices to appear were sent to asylum-seekers in English. They contained inaccurate hearing information and dates.

U.S. Immigration and Customs Enforcement agents tried to rectify the notices but confusion ensued. Parents arrived at ICE offices instead of at courtrooms, leaving them vulnerable to possible removal in abstentia from judges who assumed they would not show up in court.

"We have cases where people are really trying hard and they understand what's at stake. They don't have lawyers, so they may not be capable of navigating this in English. Motomura stated that they have to worry about childcare, so the process is an additional punishment. It's also a foundation that allows them to be deported without them even realizing it.

TRAC Immigration's January report, a nonpartisan database on immigration enforcement, shows that the Immigrants Rights Policy Clinic report results are in line with national trends. Asylum-seeking families assigned Dedicated Dockets throughout the country are experiencing low levels of legal representation and few asylum-seeking application filings, and substantial deportation or expulsion orders being issued in cases that are complete, according to TRAC Immigration.

Inlender stated that "our findings confirmed the worst fears and what advocates told the Biden administration was likely if these Dedicated Dockets are rolled out."

She said, "We are sitting here a full year later and we see that these fears have been confirmed."

1 Biden stated that more children are dying from guns... 2 Thunderstorms can last between 20-60 minutes 3 Lagarde points out the July 1st rate increase 4 After the pandemic, teleworking is cut in half and... 5 The workers raise the pressure to avoid the "hammer... 6 Proud Boy pleads guilty and admits that he almost... 7 The president of Colombia sentenced to five days of... 8 Zverev has "several tears in his ligaments."... 9 The Public Administration and the self employed are... 10 Jordan Díaz improves his triple jump Spanish record:... 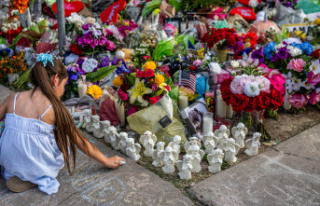 Biden stated that more children are dying from guns...