Relatives of Azovstal fighters appeal to Chinese president for help

Relatives of Ukrainian fighters trapped in the Azovstal steelworks, the last pocket of resistance to Russian forces in the strategic port of Mariupol, appealed for help to Chinese President Xi Jinping on Saturday, asking him to help their evacuation. 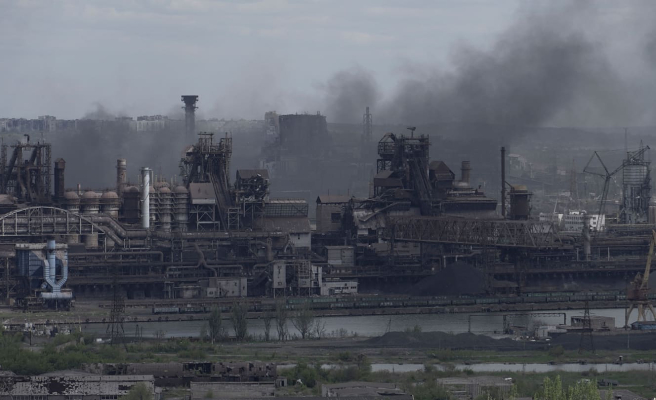 Relatives of Ukrainian fighters trapped in the Azovstal steelworks, the last pocket of resistance to Russian forces in the strategic port of Mariupol, appealed for help to Chinese President Xi Jinping on Saturday, asking him to help their evacuation.

• Read also: Ukraine will win the war “before the end of the year”

“There is one person in the world that Putin would have a hard time saying no to. We are sure that China, strong and noble, can take difficult decisions for a good cause”, launched, during a press conference in kyiv, Natalia Zarytska, the wife of a fighter.

“We call on His Excellency, Chinese President Xi Jinping, to show (…) great Eastern wisdom and to work to save the defenders of Mariupol”, she added, in a room where had been hung a portrait of the Chinese leader.

Citing messages sent by her husband, she claimed the Russians were deliberately dragging things out, to prolong the “torture” of the fighters.

The approximately 1,000 Ukrainian soldiers still present in the underground galleries of this huge steelworks - of which some 600 are wounded, according to one of their commanders - "are coming under fire from all possible types of weapons, from the sea, from the ground and airs, including with prohibited weapons,” she added. "It's not war, it's slaughter."

Stavr Vychniak, father of a soldier from Azovstal, also felt that there was only "one man left in the world to whom we can speak, the Chinese leader".

“We call on Chinese President Xi to take the necessary measures to exfiltrate (the fighters), to come forward as a mediator,” he said.

A close diplomatic partner of Moscow, Beijing is embarrassed by Russia's invasion of Ukraine, but has so far refused to condemn it.

For days, relatives and some Azovstal fighters have been calling for help, sometimes taking on Turkey, the United States, now China.

Ukrainian Deputy Prime Minister Iryna Vereshchuk said Thursday that kyiv was negotiating with the Russians for the exfiltration of "38 seriously injured fighters".

Women, children and the elderly who had taken refuge in the steelworks were all evacuated at the end of April, thanks to an operation coordinated by the United Nations and the ICRC.

1 Blow to the traffic of anabolics and steroids undercover... 2 Open fire ban still in effect 3 Kiss us to the Virgen de los Desamparados in Valencia:... 4 The Valencia Metro, free on Sunday, May 15 5 New Line 10 of the Valencia Metro: this is the track... 6 At Eurovision, Ukraine hopes for victory... by singing 7 China wants to wipe out COVID with big shots of disinfectant 8 Ayuso and Mañueco sponsor Rueda in the 'club'... 9 The Drummond Forest, an unexpected natural site 10 Send Ducati, suffer Honda 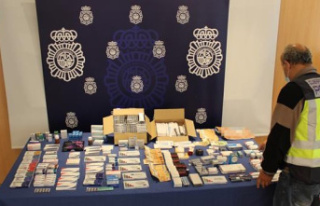 Blow to the traffic of anabolics and steroids undercover...