Reduction of the transport pass in Madrid: when can it be requested and who can do it

The transport subscription will be 50% cheaper. 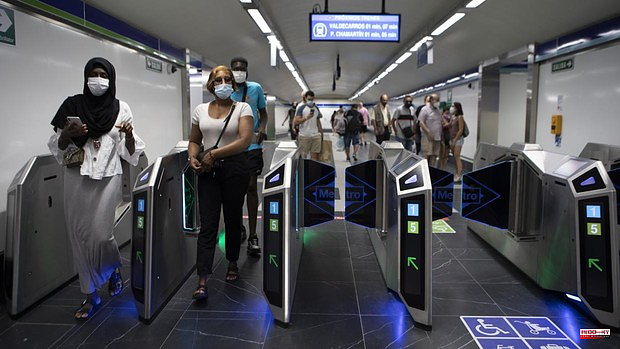 The transport subscription will be 50% cheaper. This and other measures have already entered into force with the approval of the decree-law in response to the crisis arising from the war in Ukraine. The reduction will have an effect on all subscriptions that are the responsibility of the State and will be 30% in those corresponding to autonomous communities and municipalities, which may "complement" that reduction up to 50% with their own resources.

In the Community of Madrid, for example, the price of the monthly transport pass varies depending on the area and age. Regarding zones, there are eight boundaries: A, B1, B2, B3, C1, C2, E1 and E2. Regarding age groups, the young (up to 26 years), the normal (between 26 and 64 years) and the elderly (from 64 years) are differentiated.

The measure will come into force on September 1, and everyone who is going to acquire the monthly transport pass from that date should already have the discount applied. This discount will be in operation, in principle, until the last day of this year, December 31.

However, it should be noted that it is a voluntary discount for autonomous communities and municipalities, since they are the authorities that have competence in transport matters.

In the case of annual subscriptions that have been acquired prior to the entry into force of the Royal Decree-Law, the competent administration may decide whether to enable a system to allow the return to the user of the proportional part that corresponds to 30% of the period. of four months.

The Minister of Transport and Infrastructure of the Community of Madrid, David Pérez, has been very critical of the reduction in the transport subscription announced by Pedro Sánchez. The axis of the controversy, Pérez believes, lies in a possible invasion of powers. “It is impossible for a measure that affects regional powers to be adopted unilaterally by the Ministry, by the Government, without even convening the sectoral one of the autonomous communities,” assured the counselor.

“Although it is necessary to study in depth the measure that has been adopted, we can already anticipate that this measure has not been agreed with the autonomous communities. I hope that the government's haste, propaganda and improvisation do not end up being paid for by the autonomies as well," Pérez added.

From the Madrid Executive they have also pointed out that public transport in the region is already fully subsidized by the Community of Madrid by more than 60%.

1 Ferrocarrils de la Generalitat Valenciana approves... 2 Is it possible to go to the center of Madrid during... 3 Tomatina de Buñol 2022: dates, complete schedule... 4 Buxadé: «Sánchez is a sociopath, he lacks scruples... 5 An exhibition allows to handle the inventions of Leonardo... 6 An almost deserted Congress, an image of the breakdown... 7 A missile hits a busy shopping center in Ukraine,... 8 Russian officer carrying Putin's nuclear codes... 9 Schedule and where to watch Cerúndolo-Nadal live 10 Small scare for Djokovic in his premiere 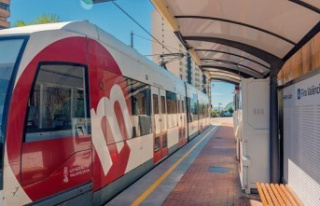