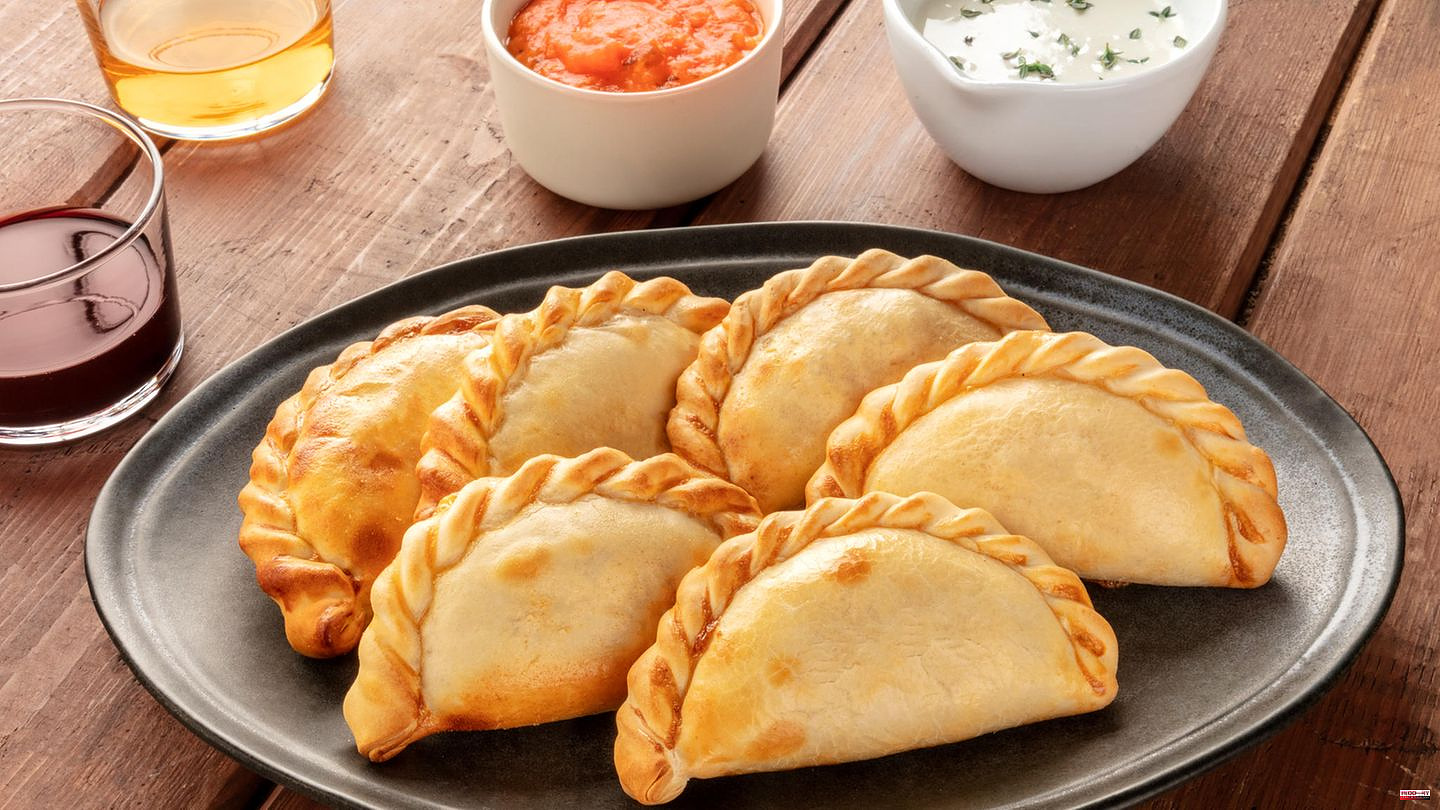 Empanadas originally come from Galicia, in north-west Spain. There they are mostly filled with seafood, in other countries not only the ingredients vary, but also the appearance: In Latin America, for example, the crescent-shaped dumplings are eaten with beef or chicken, ham and cheese or vegetables. And the original recipe from Argentina is also very popular in Germany - which is mainly due to one main ingredient: minced meat. Here you can find out what else you need for the coveted party snack in order to conjure up delicious empanadas.

Step 1: Weigh the types of flour and pour them together into a bowl. Make a well in the middle and put the remaining ingredients (apart from the water and an egg) for the dough. Then mix all the ingredients - preferably with your hands - and keep adding a little water until you have a flexible dough that no longer sticks to your fingers. Before you process it further, it should rest in a cool place for a few hours.

Step 2: Cut the onion, the pepper and the chili pepper into fine cubes and fry them together with the minced meat and the oil in a coated pan. Now taste the mass with the spices (salt, pepper, cumin, paprika powder) according to your own taste. Only then cut the tomatoes into small pieces and stir into the minced meat - this way the filling stays nice and juicy and doesn't dry out. Let the filling cool down a bit, in the meantime you can chop the olives (whether black or green is up to you), raisins and eggs and then stir them into the cooled minced meat mixture.

Step 3: Now it's the turn of the dough. Roll it out flat on a floured work surface and cut out circular shapes - these molds can help with this. The diameter is usually 10 to 15 centimetres, but you can also vary the sizes according to your mood. The circles of dough are then either placed in a suitable dumpling maker and filled halfway before the empanadas get their typical shape. Alternatively, you can fold the dough over by hand and press the edges together with a fork to create a fine pattern, or twist the edges finely (as shown in the photo). To make the edges stick together better, you can brush them with some egg white in advance. Finally, the dumplings are brushed with egg yolk so that they get a nice color when baking.

Step 4: Now you can place the finished dumplings on a baking tray lined with baking paper and bake in the oven at 200 degrees for around 15 to 20 minutes. Depending on how thick your batter has turned out, baking time can vary—for this reason, watch the empanadas and remove them from the oven when they're golden brown. Then let the bags cool down a bit before you enjoy them while they are still warm. A tomato salsa goes best with this.

To prepare the salsa, you need 500 grams of tomatoes, two red onions, two cloves of garlic, one chili pepper, some salt and pepper, the juice of one lime, five tablespoons, five tablespoons of olive oil and a bunch of parsley. Proceed as follows:

Cut the spring onions as small as possible, the same applies to the garlic and parsley. Mix the fresh ingredients with the remaining ingredients only after the empanadas are ready, and taste the chimichurri again before serving. Alternatively, you can also use a ready-made spice mix that is made from natural ingredients (including onion, tomato flakes (tomato paste, corn starch), parsley, chilli, garlic, paprika, pepper, oregano, basil) without additives, preservatives or flavor enhancers. This saves you work, you can also use the chimichurri spices for grilling and marinating.

We wish you a good appetite!

One more tip at the end: And if you are now even more keen on empanadas, you will find many more recipes for savory and sweet dumplings from Latin America in this book by food blogger Nileen Marie Schaldach – including numerous dip suggestions. How about a chili cheese, spinach feta or chicken fajita filling, for example? Alternatively, you can also try sweet empanadas with a cherry nougat or apple filling. 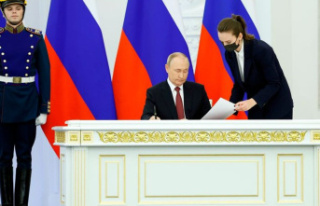 War on Ukraine: Experts: Putin himself ordered the...