Madrid in early June is the perfect diagnosis that spring has ceased to exist, and that winter turns into summer from one night to the next, as well as sideways. 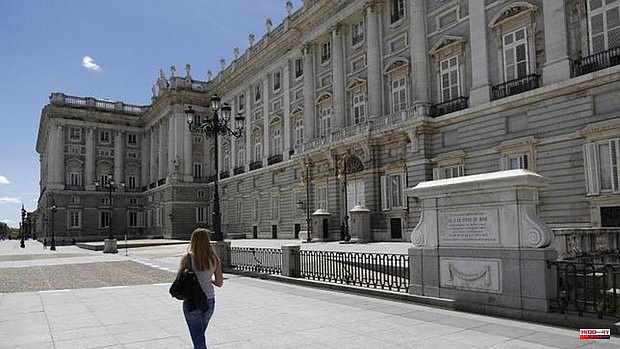 Madrid in early June is the perfect diagnosis that spring has ceased to exist, and that winter turns into summer from one night to the next, as well as sideways. Either you freeze with cold one morning, or you suffocate with heat at noon. However, it is spring, and the sky of Madrid has that blue mixture of a thousand blues that dazzles you. This is how Velázquez fell in love. The plan starts early, although not so early as to watch the sunrise, because in June the sun peeks out so early between the bedroom curtains that it is easier to see it collected from those nights of a thousand drinks, those that today no longer fit , than to enjoy it with a cup of coffee in hand.

Coffee. From those of yesteryear, in a short, white cup, with your choice of artisan coffee. For example, and before leaving for the capital with your improvised weekend plan under your arm, in Panorama, where Majadahonda breathes the rojiblancos air of Atlético. There is no need for a continental breakfast, since we classics are little of that except in hotels, where you eat breakfast more out of obligation than out of hunger. That we know each other A grilled croissant, golden brown, half toast, tomato and Serrano ham at most... And you head towards the corners of Madrid de los Austrias.

To gloss the walks through that old Madrid, made of stone, dry, with the air of an old city, with coats of arms of nobility and streets so narrow that they close in on you when you look up, is absurd. Old Madrid needs more enjoyment than gloss. Walk like losing yourself. Without direction. And let yourself be carried away by history before the imposing façade of the Basilica of San Miguel, the only one with a curved front in Spain, with its two towers knowing Vatican soil, not Spanish. Or because of the narrowness of Cordón, approaching the Casa de Cisneros, there in the Plaza de la Villa, next to where Font de Anta lived to compose Amarguras, the official anthem of any worthy brotherhood.

And Gentlemen of Luzón, peeking into the corner of the Biombo, at the square of San Nicolás, to soak up the classicism of the Royal Palace, its Courtyard of the Armory, and contemplate from the top of Bailén a changing of the guard, or the 'runners' early risers in the East. Get to the Plazuela de Santiago, let yourself be loved by the inaccuracy of Santa Clara, and lengthen your steps through Independencia. Or wherever you want, imagining scenes of what your life would have been like centuries ago.

Backtrack, for the first appetizer. The Plaza de San Andrés, and it is mid-morning, is already bustling with young people from that Madrid without nostalgia, modern but old, in search of a vermouth. Who was going to say it. Five decades later, back in fashion. Going for beers is beginning to be out of date. The vermouth is more 'cool', very reminiscent of Madrid. Few places serve it on tap anymore. Few, yes. But there are some left, and you should look for them in San Andrés, or in the Plaza de San Pedro, next to the church of San Pedro el Viejo, where traditionalism turned Christ into a Poor Man on Holy Thursday nights. And bravas, why innovate?

Latina is not my favorite neighborhood, but it serves to kill time and open the stomach a little more, on the way to Casa Paco, where Puerta Cerrada opens to San Justo, bordering the Mercado de San Miguel, crowded again, with oysters and churros , with squid and caviar sandwiches… So disparate is the offer. Casa Paco is preserved as before. On its walls, where the famous of other times hangs like a trophy, you can smell grilled meat, dense tripe tapas, pork rind tacos, and ratatouille that Charo exalted as a culinary work of art. In the unlikely event that there is a hole left in your stomach at the end, and you feel like something sweet, don't waste too much time. Just opposite, next to the corner of Calle del Nuncio, in El Madroño, there are torrijas all year round. As a whim, even in June, it is priceless.

The afternoon advances. Let's leave the Plaza Mayor for tourists. And Sol, for too seen. Cross La Pasa, peek at the cypress of El Panecillo Passage, today closed between bars, but centuries ago open to feed the poor who didn't even want alms. Just bread. And he advances before the sun goes down on Factor, to see him hide behind the Casa de Campo from a privileged loft in this 'Austrian' Madrid.

You have eaten a lot, but also walked. And the whim arises. Perhaps a cold Verdejo with a small salad cap at the old Casa Ciriaco, where hen in pepitoria has reigned for decades as a tribute to the Austrian wanderer. And it's time to return to Majadahonda, where the smell of embers and vine shoots from De María's grill whispers to you that despite the temptation, play something lighter. Buy at Attuel sweet tartlets to taste or small croissants, sugar jewels, for your morning coffee, yes, already at home, and come to the Salterius terrace.

A light starter of artichokes in citrus sauce that reveals pleasures that you did not think existed, and a wild sea bass, brought from Isla Cristina, where mojama smells like mojama, and salt tastes like salt. Estuary sea bass, of course, not farmed, and flavored with wave foam, accompanied by a bottle of a cold José Pariente. Ice cream, better, since the first days of June threaten weeks of sticky heat and barbecues with screaming children... without the tenuous peace of that old Madrid that you have eaten walking in search of the simplest. From the walk, from the rest, from the goodbye to spring with that thousand blue sky that immerses you in your own story. Because anywhere in Madrid your walk can become a rebirth.

1 Clara Villalón shares her favorite restaurants, shops... 2 What to do in Madrid this weekend: Flamenco, books,... 3 The zarzuela brings joy back to Veranos de la Villa 4 Photographic mission through the geography of Madrid... 5 Ayuso leaves sexual development out of the Early Childhood... 6 Victory or trouble in Geneva 7 Noc Brut Rosé 2019: a sparkling transgressor 8 Where to discover flamenco this summer 9 What happened to Las Ketchup? 10 Guatemalan activists try giant screen to clean up... 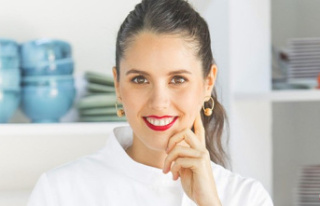