Rearguard notaries in the Civil War

Gerda Taro and Robert Capa were notaries at front during the Spanish Civil War. 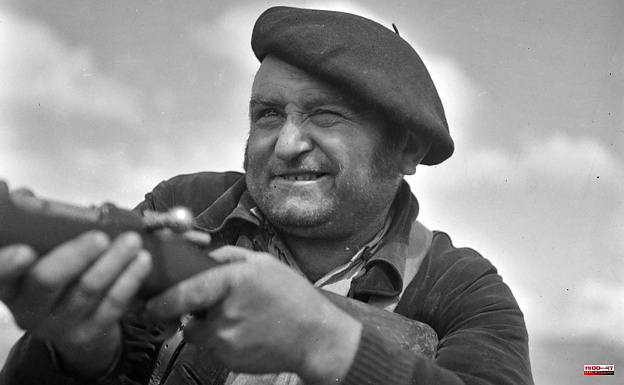 Gerda Taro and Robert Capa were notaries at front during the Spanish Civil War. Kati Horna, Margaret Michaelis and others were in the rearguard. These photographers, who were of Jewish origin and from Poland and Hungary, took images that have been cherished by anarchists, antifascism and collectivizing utopia. They were saved from the 48 boxes that were sent by the FAI to Amsterdam by the CNT in order to preserve their history and to show they understood that the war had ended.

The Royal Academy of Fine Arts hosts the exhibition, which highlights images that show the joy before the libertarian revolutions in Aragon and Catalonia. Almudena Rubio (curator of "The Amsterdam Boxes: Kati Horna and Margaret Michaelis in Civil War"), who will be presenting the exhibition until July 24, said that the majority of the work of female journalists is now visible in Spain for the first time.

Margaret Michaelis (Dziedzice 1902-Melbourne 1985) and Kati Horna (1912-Mexico 2000) both put their eyes and their work in the service of anarchism throughout the war. Franco did not lose Franco's photos of workers, militiamen, and peasants proud of their new lives. They were kept safe at the International Institute of Social History Amsterdam with all the other material that was sent by the CNTFAI. They were not visible in the Netherlands until 2016, when they were inventoried and published. Almudena Rubio was the Dutch center's art historian and researcher.

Micaelis (above): Albalatee de Cinca peasants. The CNT house, located in the middle of Barcelona (Michaelis), and a converted Church into a carpentry shop. Photo by kati Horna / Archico CNT–FAI

Rubio identified the 35mm celluloids from Michaelis's Leica among more than 5,000 negatives. There were also 2,000 positives. The half-a-million 6x6 negatives taken by Kati Horna's Rolleiflex camera. She arrived in antifascist Barcelona on January 1937, and was the official photographer at the anarchists’ foreign propaganda offices.

Rubio's photography has allowed Rubio to display the unpublished legacy these dedicated photographers who "did not hesitate to put cameras at the service the social revolution promoted and supported by the anarchists". More than 100 photos are included, including modern copies and period originals, that focus on a proletariat "excited" to take control over their lives.

They are displayed next to one the 48 boxes of rifles in which they were kept with documents from anarchists to protect their memories. A fragment of film, possibly filmed on Aragon's front, is also projected. It was also found in the Amsterdam boxes.

PHotoEspana recognizes the importance of their work in publishing and rescuing their legacy. The curator summarizes, "Together they offer an unusual look at war, documenting revolutionary experience of anarchists as they seek to combat fascism. And build a new society."

Margarethe Gross studied photography at Vienna, and in 1932 opened a Berlin studio. Rudolf Michaelis was an anarchosyndicalist she met in Vienna. She arrived in Republican Barcelona in 1933 to flee the Nazis. There she opened two studios, Foto-Elis.

He used his Leica to portray the revolutionary fervor and then the rearguard of collectivized soldiers traveling to Aragon, Valencia, and Valencia with Emma Goldman (an anarchist leader who was declared the most dangerous libertarian activist by the United States). Images of her were published in newspapers like 'Solidaridad Obrera' and 'L'Espagne Antisfaciste' magazines, as well as anarchist propaganda albums.

Katalin Deutchblau was born to a Budapest Jewish family. She is active in the Hungarian Left-Wing Movement. She was close friends with Robert Capa, and she married fellow photographer Paul Partos. They moved to Berlin in 1929. After Hitler's rise, they returned to Budapest. Then they traveled to Paris where Kati's reports about markets and cafes saved them. She travels to Barcelona in January 37. She worked for Catalina Polgare as an official photographer at the CNT-FAI. She also created the Spanish Photo Agency, Photo SPA, of which she would be chief photographer. To return to Barcelona, she traveled to Xativa and Silla, Velez Rubio and Teruel. She met Jose Horna, an Andalusian artist, and anarchist, in the magazine "Umbral". They went into exile in Mexico together in 1938. They would have their only child, Norah Horna. She was born in Colonia Roma and went on to become Catalina Fernandez's photographer.

1 At the ceremony of the XI Decortoan Contest Awards... 2 <<We are in a revolutionary moment for Spanish... 3 "We cannot rely on plants to sequester all the... 4 Already, the Royal Tennis Society is preparing for... 5 Nadal: "I'd rather lose the final than have... 6 Javier Olivan: Who are you? 7 Yolanda diaz escalates the government's war against... 8 Has anyone ever heard the PP tell Vox that it won't... 9 Olona requests Moreno "be truthful with the Andalusians",... 10 This week's IDEAL Critics Recommended Books 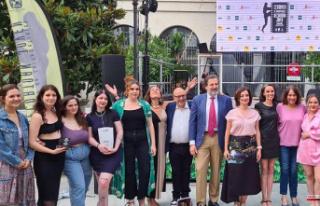 At the ceremony of the XI Decortoan Contest Awards...