Real Valladolid beats Huesca and takes the pass to First

A year later, Real Valladolid has returned to the First Division, and without a 'playoff', thanks to a thrilling 3-0 in their duel with Sociedad Deportiva Huesca. 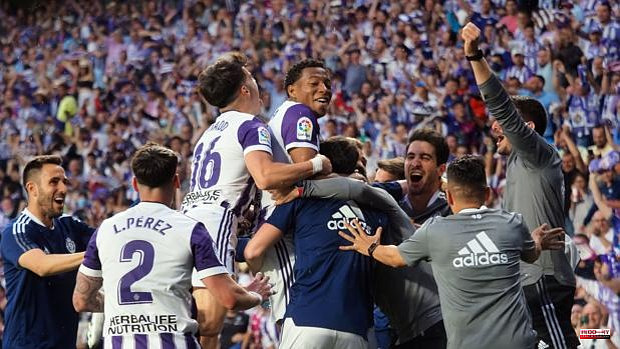 A year later, Real Valladolid has returned to the First Division, and without a 'playoff', thanks to a thrilling 3-0 in their duel with Sociedad Deportiva Huesca. This ensures the pass thanks to the goals of Weissman, Plata and Aguado, along with the defeat of Eibar and the tie of the Almeria.

Within the framework of a particularly footballing weekend, and after Real Madrid's victory against Liverpool in the Champions League, already in the hours before the match in the city of Pisuerga there was a noticeable atmosphere, with a large influx heading towards the stadium Jose Zorrilla.

An important expectation had also been added, reflected in social networks and in the shouting of the fans, since the blanquivioleta team was playing for its chances of promotion to first division in this LaLiga SmartBank match, a goal finally achieved directly, and therefore with great emotion on the part of the fans and Valladolid players.

Winning was essential for the pass, although the results of the simultaneous matches between Alcorcón and Eibar (1-0) have also been crucial, on the one hand; and on the other, the dispute between Almería and Leganés, which ended with a draw at two goals.

After a 'blank' first half, a second half came that chained three balls into Huesca's goal. A pass from Roque Mesa into space left Nacho alone in front of the goalkeeper, who rejected it. Although Toni Villa wasn't able to send him into the net either, it was the third time lucky and Weissman conceded the first goal (minute 47), picks up Ical.

Just three minutes later, in the 52nd minute, an extraordinary pass from El Yamiq left Gonzalo Plata alone, who did not forgive and added the second goal. Álvaro Aguado crowned with the third goal in the 79th minute, with less tension among the spectators, pending the rest of the markers and with honey on their lips.

1 Legislative: There are some hiccups with the vote... 2 Ukraine: The 27 countries studied the exemption of... 3 The man who brings back to life the 'giants'... 4 WEATHER REPORT. Bad weather in Isere: 8,000 customers... 5 Ligue 1 Ligue 2 play-offs. AS Saint-Etienne is relegated.... 6 The good side of Courtois: his private chef, Luis... 7 The last salute to the champions: tribute in the Madrid... 8 New outbreak of violence in French football after... 9 Innovation in the classroom exceeds its limits and... 10 A reinforced connection between companies and classrooms... 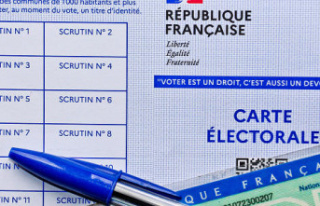 Legislative: There are some hiccups with the vote...