Real Sociedad certifies Europe and Villarreal stays in the fight

Real Sociedad is already qualified for Europe after a brilliant match against Cádiz that succumbed with a goal in the first half from Alexander Sorloth and two penalty goals from Adnan Januzaj and Cristian Portugués "Portu" and who will have to continue paddling in the last two days to save the category. 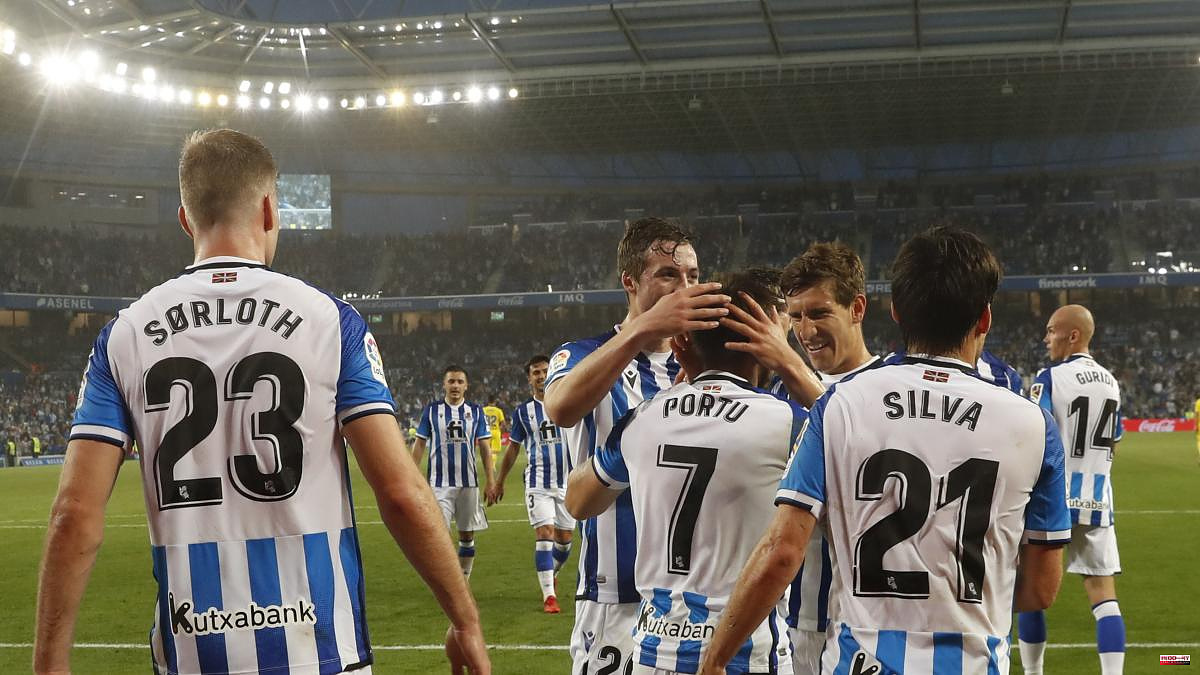 Real Sociedad is already qualified for Europe after a brilliant match against Cádiz that succumbed with a goal in the first half from Alexander Sorloth and two penalty goals from Adnan Januzaj and Cristian Portugués "Portu" and who will have to continue paddling in the last two days to save the category.

The Cadiz team started very strong against a timorous Real who seemed to be going to offer another stuck match like the last of the txuri urdin team, but Imanol Alguacil's men immediately got rid of the yellow dominance attempt to mark territory.

The primacy in the game for the San Sebastian team was favored by the early goal by Alexander Sorloth, after assistance from the always decisive David Silva, which the Norwegian culminated with quality and vindicated, with his eighth goal in all competitions this season, that he could be a player of the future if the Real decide to undertake its purchase when its assignment ends in the summer.

Villarreal won a lofty victory at the Vallecas stadium that was forged in the first half, in which they scored four goals, leaving Rayo without the ability to react, who were left without three points that keep the Castellón team in the fight for the sixth place and the Europa League.

The victory of Real Sociedad against Cádiz forced Villarreal to have to win in Vallecas yes or yes to continue having options to enter the Europa League, since the San Sebastian team leads them by three points and the next game, the penultimate of the League, is against the Basque team.

Willing to do their homework as quickly as possible, Villarreal took the lead after two minutes after a corner kick from the left by Dani Ceballos that Alfonso Pedraza, alone at the near post, finished off with a header.

Rayo leveled the match through Sergi Guardiola, who received a pass from Álvaro García from the left and, after hitting him in the foot by mistake, picked up the ball to cross it to Rulli.

The joy did not last long for Rayo because Parejo took a distant free kick, apparently without danger, that Pau Torres received on the left side to put it inside the small area and Juan Foyth finished off the goal.

Paco Alcacer, who hadn't played as a starter for almost a month, also wanted his share of the spotlight with a beautifully crafted goal. At first he received a ball in the area, feinted to get rid of Oscar Valentín and defined his shot against Stole Dimitrievski.

Before the break, Rayo's defensive ineffectiveness was again evident with a new goal, the third born from a set piece play, after a free kick centered by Parejo that Pau Torres finished off at the bottom of the net.

With that advantage, Rayo had no choice but to risk. Andoni Iraola made a triple substitution giving entry to two forwards, the Frenchman Randy Nteka and the Colombian Radamel Falcao, with whom he began to prowl the Villarreal area, although with more intention than success.

Rayo tried in every possible way but found themselves up against a very solid Villarreal defense that, without making mistakes or risking possessions in the lower zone, gave no chance of reducing the score.

It was the Castellón team that did damage against them, rounding off their victory with two minutes remaining in regulation time with a cross shot from Pedraza that was unattainable for Dimitrievski.

1 Un Nadal tocado cede ante Shapovalov en Roma 2 Barça transfer Coutinho to Aston Villa 3 Chen Yansheng dismisses Vicente Moreno and will fire... 4 Demáre repeats victory in an even battle with Ewan 5 Schreuder, Koeman's second at Barça, will be... 6 Real Madrid - Levante: Schedule and where to watch... 7 Barça and the left 8 The forms of love 9 Euroregion, Maragall and Feijóo 10 The most temperate words 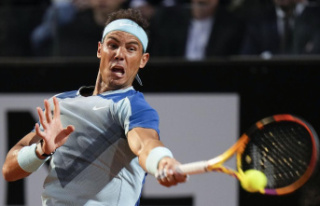