Real Madrid's plan for next season

Celebrated the Fourteenth with passion and joy, the idiosyncrasy of Madrid takes the witness. 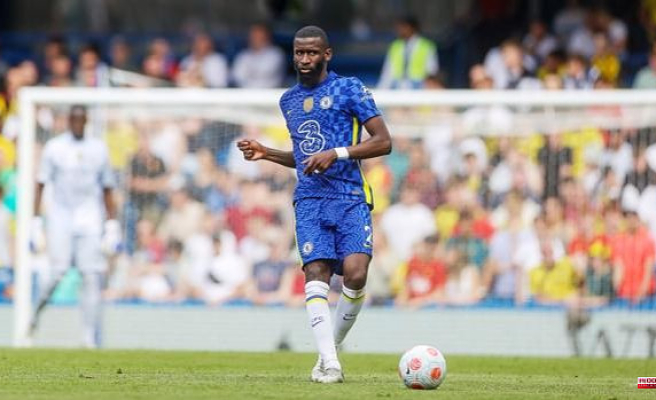 Celebrated the Fourteenth with passion and joy, the idiosyncrasy of Madrid takes the witness. Ancelotti already said it a month ago, when the team won the League —“here we celebrate quickly because we have to keep winning”—, and on Sunday Florentino, in the Almudena —“now, for the Fifteenth”—. Madrid is insatiable and the club considers the celebrations of a brilliant season closed, with three of the four titles won, two of them the most important. It's time to look forward and start building Real Madrid 2022-23.

Mbappé's no was unexpected and disappointing, but the facts have shown that the club is always above any player, even if he is the one aiming for number one in the coming years.

There is a solid base, a number of veterans with weight and legs to continue fighting, and a new generation that has already shown with solid facts that the Madrid shirt fits like a glove.

The renewals chapter will have a lot of weight this summer. Militao (24), Rodrygo (21) and Vinicius (21) will see how their contracts will improve, both in duration and in the amount received. The biggest jump will be that of Vini, without a doubt one of the three best players of the season along with Courtois (30) and Benzema (34). Nacho (32), whose contract ends in 2023, has one more year agreed. Modric (36), ditto. And Kroos (32) and Benzema, who also end their relationship in twelve months, will be free to choose their destiny. Madrid wants to continue counting on them, but the last word will be for both players. If they see themselves with the strength, desire and level to continue being decisive players, the white club will make it easy for them to give them another year, until 2024. If the opposite happens, they will leave through the big door and with the well-deserved tribute they deserve.

The cases of Ceballos (25) and Asensio (26) are the most delicate. The player from Utrera was one of the three changes in Paris, a sign of what Ancelotti already told him in private. The Italian is counting on him and has promised him minutes, many more than this season, but he is not sure. He believes that he still has options to go to the World Cup in Qatar, but for that one weekend and another must be important. As for Marco, Mbappé's no represents a consolidation of status. He wants to renew, but at the moment there is no economic agreement.

Marcelo (34), Bale (32) and Isco (30) leave for sure, and a destination will be sought for Mariano (28), Vallejo (25) and Jovic (24). Returning loanees like Mayoral (25), Odriozola (26), Kubo (20) and Reinier (20) have different diagnoses. The first two have some option to remain in the first squad, although that will depend on the final calculation of registrations and withdrawals. Japanese and Brazilian have no gap, neither administrative, due to their role as non-community, nor sports. They will look for teams where they can add quality minutes.

The transfer folder is the one that, at the moment, has the most pages to define. It is well known that Rudiger (29) will arrive free, after finishing his contract with Chelsea, and that Madrid is close to closing the hiring of Tchouaméni (22), a midfielder who will be Casemiro's generational replacement, but more hiring is being worked on . The left back position is incomplete with the captain's goodbye. Fran García (22), from Rayo, is an option, but a new FIFA rule makes it difficult for him to return. In goal, Lunin (23) wants minutes, which would force him to hire a substitute goalkeeper. And once the soap operas of Haaland and Mbappé are over, it remains to be seen if Madrid will bid for any of the other stars on the market, such as Lewandowski, Gnabry or Mané. The summer will be long.

1 The classic Djokovic - Nadal, at the wrong time 2 George Russell, the pilot who depresses Lewis Hamilton 3 Will I be able to work when I finish my master's... 4 Vocational Training is no longer the last in line 5 The ten mistakes you should never make when deciding... 6 The first steps in the infinite possibilities of virtual... 7 More than 25 years training great professionals online 8 The fate of Donbass is played out in Severodonetsk 9 Ten Dominicans stab an African shouting: "Fucking... 10 Prevention is better than cure: the keys to the new... 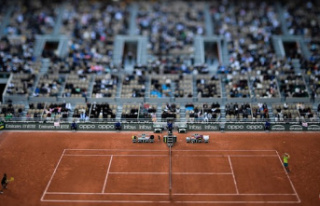 The classic Djokovic - Nadal, at the wrong time