Real Madrid continues its set-up against a Cádiz in danger. 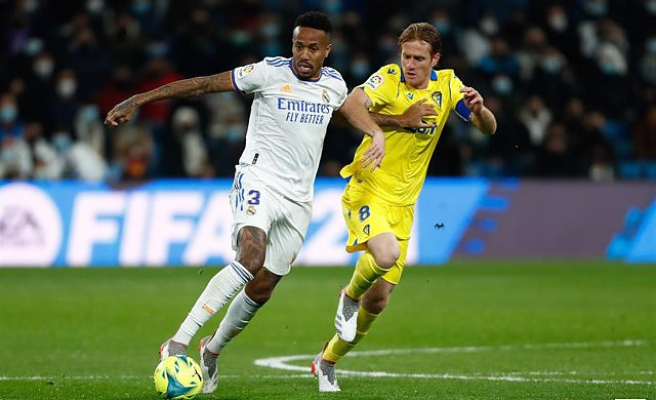 Real Madrid visits the Nuevo Mirandilla this Sunday (7:30 p.m.) in a match on matchday 37 of LaLiga Santander, with the aim of insisting on getting ready for the final in Paris against Cádiz, who are currently out of the relegation, which needs to add to arrive with a little more air to the last game of the competition and to which a victory could save him.

After completing a set (6-0) this Thursday against Levante, the champions have a new day in the League ahead of them to fine-tune their preparation prior to the Champions League final on May 28 against Liverpool, and show that you don't want to simply let yourself go to the end.

The defeat at the Metropolitano in the derby against Atlético de Madrid was the first loss as a visitor against a team from the top half of the table, although his background away from the Bernabéu is almost impeccable, with 13 wins in 18 games, becoming a compelling argument to add a new victory.

Although everything is already sold for Real Madrid in the domestic championship, the merengue team still has motivations such as reaching 90 points to further strengthen their status as leaders in a very complete campaign. In addition, you must not forget that he signed one of his thickest games of the season precisely against a Cádiz that stopped them at the Bernabéu with a goalless draw. If Sergio González's men, who always created difficulties during his time at Valladolid, do it again, they will join Villarreal as the only ones to scratch points from the champion in both rounds.

Against the 'granotas', Real Madrid exhibited its most offensive version, favored by the spaces left by its rival in its emergency rooms, and which will not be so clear in the Nuevo Mirandilla despite what the locals are playing for. Ancelotti put on the field those who did not have a leading role in the derby, with Benzema who was once again key and has now scored 44 goals this season, with Modric assisting on three goals and with Vinicius scoring his first hat-trick as a madridista.

However, none of the three will be at the Tacita de Plata this Sunday. The offensive duo to have rest and the Croatian midfielder due to suspension, three casualties that join that of Thibaut Courtois, who does not even travel and who will leave his place again to the Ukrainian Andrey Lunin confirming the policy that is going to be carried out by the Reggiolo that continues with David Alaba out, but that recovers Eden Hazard.

The Italian stressed in the previous one that the Belgian will continue next year in the project and could have minutes in the attack again due to absences, as well as the youth squad Juan Miguel Latasa because Luka Jovic was also left out due to injury. Asensio and the enrachado Rodrygo seem fixed and there is a place to fill that indicates that it will be for Mariano.

In the center of the field, Kroos and Casemiro would be the white helm, and Ceballos, who also returns, and Camavinga fight for the other position since Valverde could have rest. Back, Carvajal and Militao, after resting against Levante, would return, with Vallejo repeating and with Nacho or Mendy as options on the left side.

For its part, Cádiz occupies 17th place with 35 points, two above relegation, so the Cadiz team depends on itself to continue in the top flight. To do this, they must beat Real Madrid and hope that their rivals for the goal lose, while they could be a First Division team next year even if they lose the two remaining duels and Mallorca only adds a draw and Alavés loses at least one game. .

The Cadiz team received a harsh correction on the last day against Real Sociedad (3-0, but hopes that in their fiefdom, where they have only added two defeats in the last eight games, they will be their great ally in the face of less tension from the visitors to get closer to the long-awaited salvation.

Sergio González could have the important loss of Iván Alejo, who was injured at the Reale Arena and whose position could go to Alex Fernández or Salvi, while Fali would return to the center of defense, Rubén Alcaraz to midfield and Álvaro Negredo to the forward together with Lucas Pérez.

1 Araújo does not travel to Getafe as a precaution 2 Finnish President and Prime Minister announce application... 3 The price of electricity falls 33% this Sunday and... 4 Loquillo: open 24 hours 5 6 The government of Rueda: keeps all the councilors... 7 Finland formally approves its application to join... 8 Italy neutralizes a computer attack by pro-Russian... 9 Catalonia has lost more than 4,300 bank branches in... 10 Delivery of heavy weapons: Zorn: Ukraine only asks... 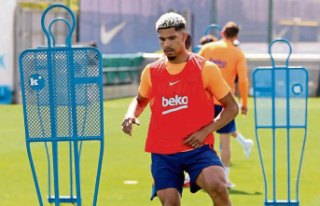