The great day of European football has arrived. 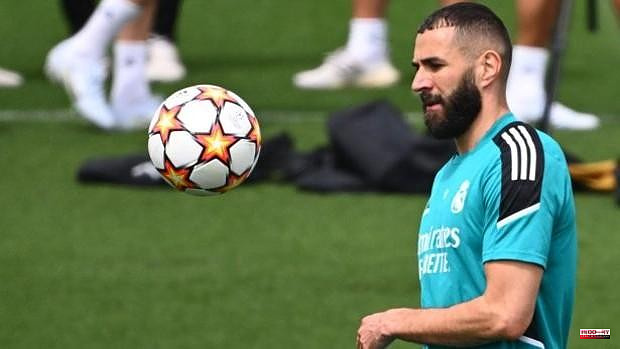 The great day of European football has arrived. Real Madrid and Liverpool meet today at 9:00 p.m. at the Stade de France in Paris to decide who is the new champion of the Champions League, the highest continental competition for football clubs.

The white team, led by Carlo Ancelotti, seeks to increase its legend in Europe and get the 'orejona' number 14 after a tremendous final stretch of the season, in which Real Madrid has been proclaimed champion of the league for the thirty-fifth time, and above all , with the epic comeback against Manchester City in the second leg of the Champions League semi-final, when everything seemed already lost.

Both the field where this Champions League final is played and the rival, are fond memories for Real Madrid.

In this same scenario, the white team won their eighth European Cup against Valencia, and their thirteenth against Liverpool, with a scissors goal by Bale that is in the memory of all fans.

Carlo Ancelotti has taken the entire squad to Paris, and the main doubt in the starting eleven is between Fede Valverde and Rodrygo, and, except for surprise, the Italian coach will present the following starting eleven against Liverpool: Courtois; Carvajal, Militao, Alaba, Mendy; Kroos, Casemiro, Modric, Fede Valverde; Karim Benzema and Vinicius.

Liverpool is seeking revenge against Real Madrid for the lost final in kyiv, and Klopp's big doubt is in the physical condition of Thiago Alcántara, the Spanish midfielder, who is in doubt until the last minute due to an injury that forced him to leave of the field in the last day of the Premier League last week

1 Latin gangs: one of the Trinitarians of the last aggression... 2 Brandon Sanderson, the writer who raised 8 million... 3 Paris and the madridista obsession 4 End surreptitious influencer advertising and fake... 5 Alpes de Haute Provence. Montclar: This weekend, Montclar... 6 ARDECHE. Ardeche: The regulation of assistance to... 7 Bourg-les-Valence. Drome: A coniferous hedge that... 8 Holy Cross. Two teenagers are killed in canoe-kayak... 9 Payzac. Ardeche: 6,000m2 of brushwood are up in smoke... 10 War in Ukraine Live: Russian troops advance on Severodonetsk,... 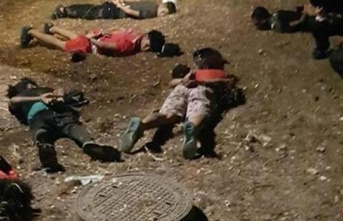 Latin gangs: one of the Trinitarians of the last aggression...