The National Police of Santa Cruz de Tenerife has been involved in a spectacular accident. 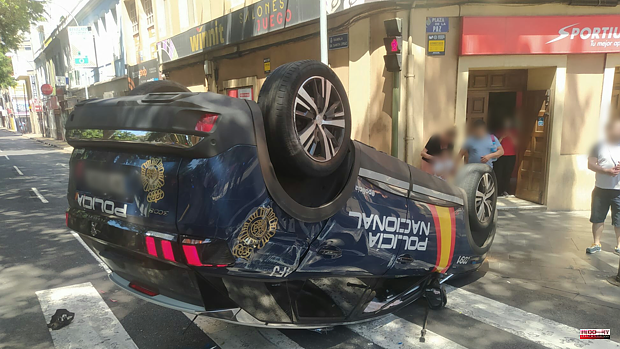 The National Police of Santa Cruz de Tenerife has been involved in a spectacular accident. It has been a collision in which a police vehicle has been involved while it was in priority service, and which has overturned in an urban area due to the collision of another car, whose driver was circulating without a valid permit.

According to local police sources, the patrol car was circulating using the luminous devices, when another car, whose driver was driving without a license, left the Rambla Pulido and collided with it, causing it to be overturned on the road.

The patrol vehicle was turned upside down at the confluence of Rambla de Pulido and Ramblas de Santa Cruz. The incident has resulted in three minor injuries.

Emergency resources were activated, personnel from the Canary Emergency Service (SUC) and the Local Police Police team have intervened, which instructed the corresponding proceedings.

1 Sánchez de Vega defends the usefulness of the Consultative... 2 More than 3,100 marijuana plants intervened in three... 3 They create the first biodegradable mask that disintegrates... 4 The Talavera City Council asks for explanations from... 5 Mañueco defends that the new Territorial Cohesion... 6 The British Government defends deportations to Rwanda... 7 Fernando Alonso's record: 21 years, 3 months... 8 Don Felipe asks Madrid lawyers to defend Justice as... 9 The PSOE would win the general elections again although... 10 The nine finalists of the San Clemente literary prize:... 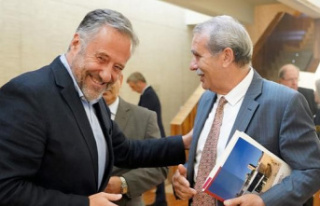 Sánchez de Vega defends the usefulness of the Consultative...