Raúl García: "Marcelino is the best coach we can have"

Raúl García has joined the long list of Athletic players who have demanded the continuity of Marcelino García Toral. 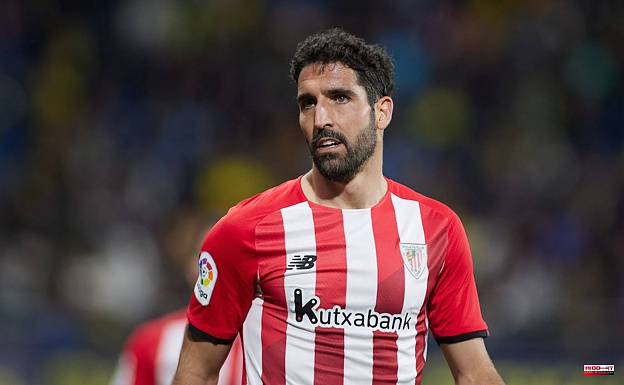 Raúl García has joined the long list of Athletic players who have demanded the continuity of Marcelino García Toral. The Navarrese, who has just renewed until 2023 and is one of the most respected voices in the locker room, has staged his unwavering support for the Asturian and has done so in the midst of an electoral maelstrom, with the candidates already on the march and ready to compete for accommodation on the main floor of Ibaigane. The attacker has been forceful when he has been asked about the future of the Careñes coach, a professional who has beaten him and who he wants to keep by his side. Obviously, it is not up to him to manage the matter of the San Mamés bench, but he wanted to show his support for the still Atletico coach. «I have it very clear: everything that is not that Marcelino does not continue next year would be a handicap. He is a coach who has given us a lot and knows us perfectly. He has the ability to manage a group with very young people who have to be given way. For me, there is no other option », he emphatically underlined

The Navarrese attacker, who is rushing his chances of recovering from the muscle injury suffered against Osasuna and reaching Sunday's game against Sevilla, has deployed a protective shield over the coach and has firmly defended his continuity. “Starting next year with Marcelino would be starting with the knowledge of what the coach wants. I hope so. I have also told him," said Raúl García. "It would not only be good for me," he said, "but also for the players and the club." He has even gone further and has stated with conviction that Marcelino is what the team needs. Is it a message for the candidates? The veteran was waiting for the question, a professional seasoned in thousands of battles. «I speak of what I have seen inside. I live day by day (with the Asturian) and I have a lot more information than you have (Press) or people who are not in the locker room. I am in a position to say that he is the best coach we can have. Then each one take what I say as they want. For me, it would be good news if he continued at the club."

Raúl García's statements have come only one day after Ricardo Barkala's candidacy was presented to society and one before Iñaki Arechabaleta, another of the candidates for the presidency of the Bilbao entity, does so. Now, the Navarrese has transferred that the appointment with the polls and the process that he leads towards them does not affect the operation of the team. “We try to be a bit on the sidelines. Football depends on what you do on the weekend, and for that we have to work and train like we train. The less noise outside, the better for everyone. We know that there are elections and that they are important for the club. The only thing we want is that whoever comes is very clear about what they want and is good for Athletic». Regarding the topic of the coach, Raúl García has left his message in the mailbox of the presidential candidates.

There are only four days left for the 'final' in Seville and Raúl García wants to rush all the deadlines to help the team in its agonizing race to reach Europe. “I work to be able to play. I trust I can get there. I put in hours to have more possibilities », he commented in Lezama. He has revealed that he "lived with discomfort" for ten days and finally his body ordered him to stop in the 19th minute of the clash against Osasuna. "We are playing a lot," the Navarrese commented in reference to his efforts to be available at Pizjuán. Getting a better result than Villarreal, who will face Barcelona at the Camp Nou, would give the Conference League to the rojiblancos. “In football we play finals every day. When you get to the end of the season you have to win yes or yes to have those -European- options. We've been like this for a few games. The target is there. We do not depend on ourselves, but we have possibilities to enter. You have to go out with everything to get ahead. Then we'll see what happens."

The Navarrese is rushing through his seventh season at Athletic and next year he will uncork his eighth. It will be the last? He first responded with a smile and then made it clear that he intends to continue as long as his body holds out. “Some of them retired me a long time ago and I'm still here. You never know. I don't set deadlines. The illusion to come continues to train is intact and I don't think I will lose it. Then it is to see if the sensations are good and if I can continue contributing. The time for withdrawal will come when it has to come." And is he happy with his performance this season? «Few seasons have I finished happy with myself. He could have contributed more”, the Navarrese has admitted.

1 Agile Content appoints Alfredo Redondo (former Amper... 2 Brussels proposes capping gas prices if Russia cuts... 3 Russia expels 27 Spanish diplomats 4 Lyon: the mayor denounces “brutal” cuts in regional... 5 The Chamber of Commerce confirms to the judge that... 6 Only one in five managers in the Canary Islands is... 7 Formula 1 announces that it will not replace the Russian... 8 The trial of the Hipra vaccine against Covid begins... 9 The Ombudsman endorses the espionage with Pegasus... 10 Acquitted a Zamorano accused of sexually assaulting... 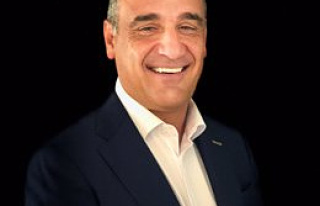