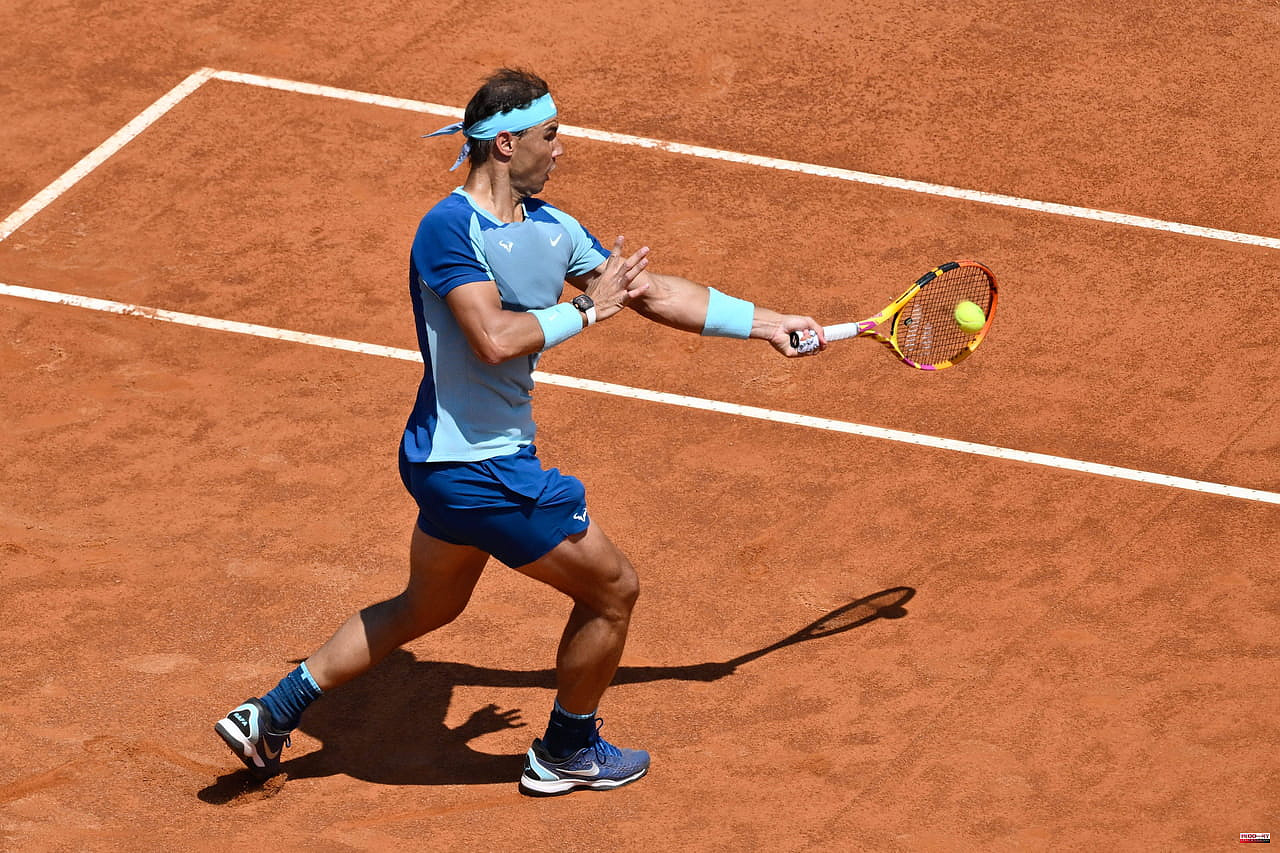 NADAL. Despite his foot injury, the Spaniard should be present near the Porte d'Auteuil for the start of the French Open this Sunday, May 22.

Injured in the foot for several weeks and even several months due to the Muller-Weiss syndrome which notably leads to necrosis of the navicular bone, Rafael Nadal should be present at Roland-Garros. On social networks, the Mallorcan has published a photo of him in training, giving an appointment in Paris in the coming days. As a reminder, after his elimination at the Rome tournament, the Spaniard had shown his pessimism. "I don't know how it will be in two days, in a week. I really don't know. Maybe it will get better. I don't know if I should rest or train. But I still have a goal in a week and a few days. I'm going to dream about this goal. Today I couldn't play. But maybe in two days it will be better. At Roland-Garros, I will have my doctor with me. It can help."

Asked about a possible package, Amélie Mauresmo explained that she obviously wanted to see Rafael Nadal at Roland. "I followed what Rafa went through in Roma. And he knows himself better than anyone. It's an injury he's been living with for years. Of course there's concern for him first because we We know how important coming to Roland‐Garros is for him. This tournament has shaped his whole legend, in a certain way. So we follow him…I would say carefully, but there is nothing we can do. We cross paths all fingers to get the best players into the draw. Then what would it mean if he ended up not playing the tournament? Obviously that would be a miss."

Short biography of Rafael Nadal. Rafael Nadal was born on June 3, 1986 in Manacor, a town on the island of Majorca in Spain. Attracted very early by sport, in particular football and basketball, he discovered tennis and held a racket from the age of four where he benefited from the skills of his uncle Toni Nadal to teach him the discipline. Very quickly, Toni Nadal will transform his nephew into a real "monster of tennis", capable of winning the biggest trophies. He won his first competition at eight years old in the Balearic Islands.

When he was 14, the Spanish tennis federation asked him to leave his hometown of Manacor to join Barcelona to continue his progress with the aim of becoming a professional. But the Nadal family refuses to see little Rafael join Catalonia and the federation reduces the amount of its aid, which will be compensated by Rafael's father to meet the needs of his son. A true hope of Spanish tennis, the native of Manacor won the "Petits As" tournament in Tarbes in 2000, the unofficial World Championship for 13-14 year olds where he notably beat the Frenchman Richard Gasquet. He turned professional in 2001 after replacing Boris Becker in an exhibition in Mallorca against Pat Cash where 'Rafa' won against the then 36-year-old American.

After being a Wimbledon semi-finalist for the Juniors in 2002, nothing can stop Rafael Nadal, who immediately imposed himself on the ATP world circuit. Winner of his first Grand Slam tournament at the age of 19, Rafael Nadal enjoys an extraordinary track record. The Mallorcan has won 21 Grand Slam tournaments, including thirteen on the clay courts of Roland-Garros, a record. Olympic medalist in 2008, quadruple winner of the Davis Cup with Spain, Rafael Nadal has won everything during his career. Considered the best clay court player in the history of tennis, "Rafa" managed to dethrone Roger Federer from his world number one spot on August 18, 2008. A place he then held for 46 consecutive weeks.

Born right-handed, Rafael Nadal plays tennis with his left hand, his uncle having chosen to develop this aspect of his game to obtain a more powerful two-handed backhand. Known for his fair play and sportsmanship, Rafael Nadal is also renowned for being one of the most combative players on the circuit and an excellent defender who is difficult to overwhelm. His numerous routines during a match (meticulously placing his water bottles, touching his nose and then his hair at each point, etc.) are another characteristic of the character.

Since the beginning of his professional career in 2001, Rafael Nadal has won 91 titles, including 21 Grand Slams (2 Australian Open, 13 Roland-Garros, 2 Wimbledon and 4 US Open). Of 1258 professional matches played, the Majorcan won 1048.

Since his time on the professional circuit in 2001, Rafael Nadal has won nearly $130 million in prize money ($128,081,950m). His personal fortune is estimated at just over 200 million dollars, the Majorcan has invested his money in real estate markets or in his foundation to help underprivileged or disabled children by using sport as a means of integration.

The most successful player in the history of Roland-Garros, Rafael Nadal has a special relationship with the Parisian Grand Slam, which he has won thirteen times, including four times without losing a set (2008, 2010, 2017 and 2020). This tournament is special for the Mallorcan, so much so that he has his statue near the Porte d'Auteuil.

Sincerely moved, "Rafa" said: "It's something special and important for me. It's the most important tournament of my career. When I come here, I feel like home."

In the top 10 since 2005, Rafael Nadal became on March 3 the only player in history with 6,000 consecutive days spent in the top 10 places in the ATP rankings. A unique performance for the one who managed to dethrone Roger Federer to the rank of world No. 1, a place last occupied by the Spaniard on January 20, 2020.

1 Swedish Foreign Minister signs Stockholm application... 2 Rainy weather to make you regret the last heat wave 3 The borders of Ceuta and Melilla open in a restricted... 4 Belgium refuses to extradite Valtonyc after repeating... 5 Marlaska celebrates that Morocco is a "fraternal... 6 For Zemmour, Macron appointed Borne Prime Minister... 7 Is it true that you can't surf in the Mediterranean? 8 The family effort to rent a home increased throughout... 9 «I leave with a clear conscience because we have... 10 Lleida, next obstacle of the Sestao River towards... 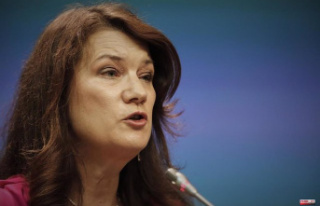