The last image of Rafa Nadal in a tennis tournament, the Masters 1,000 in Rome, left a feeling of concern among Spanish fans and Balearic fans. 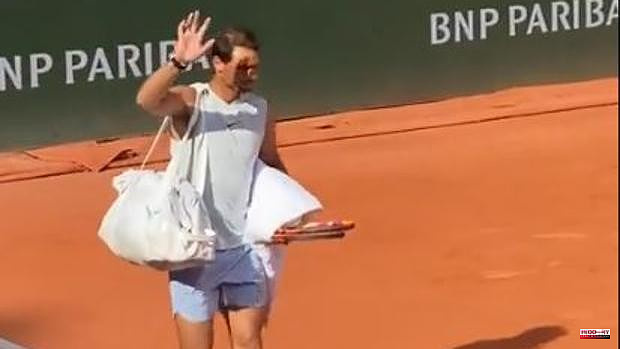 The last image of Rafa Nadal in a tennis tournament, the Masters 1,000 in Rome, left a feeling of concern among Spanish fans and Balearic fans. His foot ailment, which he has had since 2005, prevented him from competing in the last leg of his match against Shapovalov, which ended with an obvious limp. A worrying pain, and more so just ten days before the start of the Spanish's favorite tournament, Roland Garros.

“Today I started to feel great pain in the middle of the second set and it was absolutely impossible for me to play. I don't want to take credit away from Denis, he deserved to win and he has made merits for it », Nadal explained in the subsequent press conference.

After the ordeal of the last set against the Canadian in Rome, the man from Manacor recalled that he suffers from a chronic injury to his foot: «This is my day to day. It's hard, really... and of course sometimes it's hard for me to accept it. I had a lot of pain in my foot again and that's it. It's sad, because I've been playing better, feeling good in training... and coming back to this is hard, because there's nothing that can be done. It is not known if rest or training goes better. It only remains to accept it and fight ».

In Nadal's mind was his fetish tournament, the one he has managed to win thirteen times, more than any other tennis player in history: «There is still time. We'll see how it goes in the next few days, in the next few weeks. It is not an easy moment for me », he settled.

After the disappointment of not being able to compete on the court against Shapovalov and verifying that the match was slipping away from him, the Spaniard left a disturbing reflection on his future: «I play because it makes me happy, but the pain takes away that happiness. I live taking a lot of painkillers just so I can train every day and you can't keep it up for long. I don't pretend to be in perfect condition, I just hope I can go out on the field », he finished.

A wish that seems to have been fulfilled ahead of the next edition of Roland Garros, in which Rafa Nadal faces the challenge of reaching his fourteenth 'Coupe des Mousquetaires'.

The training sessions after Rome do not seem to have gone badly for the Spaniard, who landed at the Roland Garros facilities this Wednesday to start his work for the fight for the title. The company seems complicated, with Djokovic triumphant in Rome and demonstrating a high level in the Foro Italico, and the final takeoff of Carlos Alcaraz, executioner of his compatriot in Madrid and amazing final winner in the Caja Mágica. But if someone can fearlessly face any challenge, it is Nadal.

The public of the French Grand Slam received with an ovation its greatest winner in history when he appeared on the clay of the Philippe Chatrier to carry out his first training session. Despite his nationality, Nadal has been an idol in Paris for years and the fans also wanted to show him all their support after a few days that were undoubtedly very difficult.

1 The Ukrainian flag at the top of Everest: “the whole... 2 A Michelangelo nude sold for $31 million in Paris,... 3 Rugby: Bernard Laporte's license paid by the... 4 Educator sentenced to 40 months for assaulting her... 5 First Russian soldier tried for war crimes in Ukraine... 6 The PP ends the round of talks with the judicial associations... 7 Ben Chiarot pays for a gesture of frustration 8 Verhaeghe, a late star 9 The wine from Castilla-La Mancha Honest GSM 2019 triumphs... 10 A worker injured after falling into an empty pool... 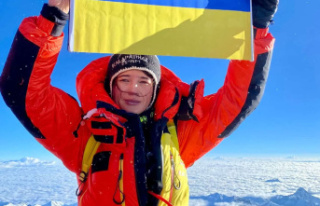 The Ukrainian flag at the top of Everest: “the whole...