Quintanar implements an incident communication service through the mobile APP

June begins with news in Quintanar de la Orden, and one of them is the launch of a new municipal service for communication of incidents through the mobile APP. 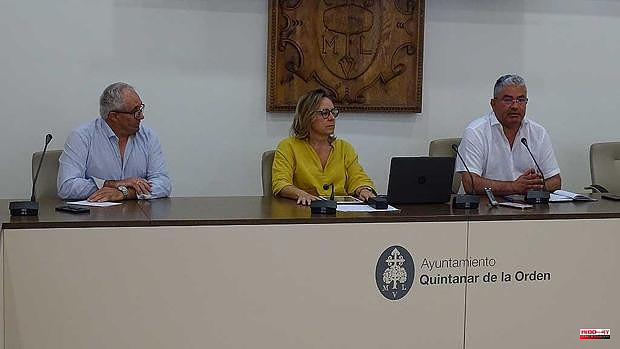 June begins with news in Quintanar de la Orden, and one of them is the launch of a new municipal service for communication of incidents through the mobile APP. It has been presented this Wednesday in the plenary hall of the town hall in an act that has had the presence of the mayor, Juan Carlos Navalón; the first deputy mayor, José Maria Viller; and the person in charge of the Green Line company that has launched the application, Esther Fidalgo.

The mayor explained that this is a novelty that will allow two-way communication between citizens and the administration to report directly and in real time, on the one hand, both on the damage found on public roads, and on any announcement or act that the City Council considers important to publish.

"It is a communication channel that takes advantage of the opportunities offered by new technologies and involving citizens."

Navalón recalled that this project is a contribution from the United We Can group to the 2022 budgets. "Although it will be a while before it can be fully implemented in the immediate future, it will be a complete reality that, surely, will be utility and efficiency for all neighbors.

For her part, Esther Fidalgo has detailed the application, its purpose and how to use it correctly. An intuitive and easy-to-use application for the citizen.

During this month of June, the City Council of Quintanar de la Orden joins the more than 500 municipalities that have the Green Line service at a national level. Through this direct communication channel, residents can notify the council of any damage they detect in their area. Thanks to this citizen participation tool, the City Council intends to know the needs of the municipality and thus be able to solve the issues communicated.

In order to use this new service, it is necessary to download the Green Line APP. To do this, the user accesses Google Play or the APP Store depending on the technology used in their Smartphone (Android/iOS). Once located, the download is carried out for free. From that moment, the user selects the municipality on which he wants to report the incident. The procedure is very fast and simple.

1 They rescue the eleven crew members of a Galician... 2 Germany will send IRIS-T air defense system to Ukraine... 3 Erdogan declares that Turkey will not continue bilateral... 4 Germany announces more arms shipments to Ukraine but... 5 Biden offers to supply Ukraine longer-range missiles 6 Pope urges lifting of Ukraine block to allow wheat... 7 Rwanda declares that it will not stand by if Congo... 8 Israel claims that a laser missile shield will cost... 9 S&P, Dow futures rise ahead of economic data;... 10 Yellen claims she was wrong about the inflation path.... 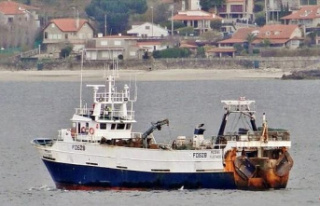 They rescue the eleven crew members of a Galician...