Her Majesty Queen Emeritus Doña Sofía has returned this Monday to commit herself to the food banks, through the Foundation that she presides over, and has thanked the work carried out by these organizations to guarantee basic food to the most needy in the country. 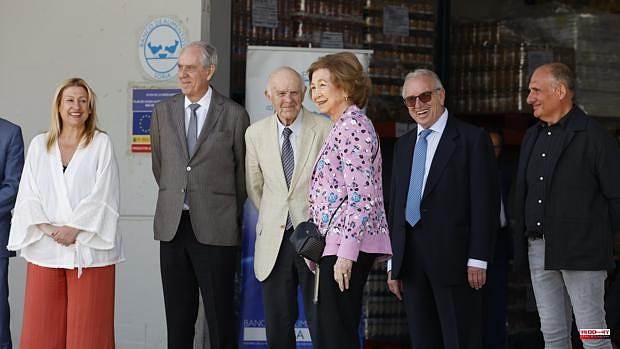 Her Majesty Queen Emeritus Doña Sofía has returned this Monday to commit herself to the food banks, through the Foundation that she presides over, and has thanked the work carried out by these organizations to guarantee basic food to the most needy in the country. Doña Sofía has visited the Food Bank of Soria, on the occasion of the tenth anniversary of its foundation and with the aim of knowing its management and daily operation. During the visit, she was interested in the work and social response that the Association has carried out during the pandemic and currently due to the conflict of the war in Ukraine.

After the reception, the queen has learned first-hand the management of the Soria Food Bank and its main demands, the actions carried out at the moment and the strategic objectives it pursues, in order to be able to serve the beneficiaries better and better .

Subsequently, he signed the guest book and toured the facilities, both offices and warehouses, and greeted the volunteers who gathered to thank them for their presence and commitment to the most vulnerable.

The president of the Spanish Federation of the Food Bank of Castilla y León, Jesús Mediavilla, has assured, in statements collected by Ical, that the organizations note the “economic and social crisis and the remains of the pandemic”, and has added that the beneficiaries have risen in recent months. “Yesterday we were in Ponferrada and users have increased by 25 percent. At the end of December, the number of beneficiaries in the Community was reduced by 3,000 people, but in the first half of the year the trend is upwards », he lamented.

In the Community there are about 65,000 people who go to a food bank in the network and it is the smaller provinces that have a greater number of beneficiaries (Segovia, Ávila, Zamora, Palencia), according to Mediavilla, who has specified that Parallel to the increase in the number of beneficiaries, the number of online contributions was reduced by 90 percent, something that affects small provinces directly.

The Spanish Federation of the Food Bank of Castilla y León sets itself the challenge of serving all those in need and, above all, children. Likewise, Mediavilla insisted on the need for the Community's ten food banks to carry out proper food management, that is, to stockpile them in a proportionate manner.

1 A Commissioner will be created for the reconstruction... 2 Lasquetty distances himself from the new Cordish project... 3 They warn of the risk of new wild boar attacks on... 4 The firefighters of the Diputación de Alicante are... 5 The collection of poems 'Servido en Frio',... 6 Nigerian forces are hunting for gunmen who shot 50... 7 Treasury changes for the second time in five months... 8 General USA: Ukraine will continue to receive'significant'... 9 Kazakhstani voters approve of constitutional changes... 10 The death toll from the tower collapse in southwestern... 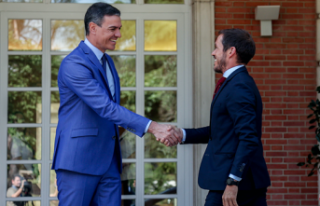 A Commissioner will be created for the reconstruction...