The world bids farewell to the Queen: Numerous heads of state and hundreds of thousands of people took to the streets to pay their last respects to Elizabeth II with a royal event of the century. 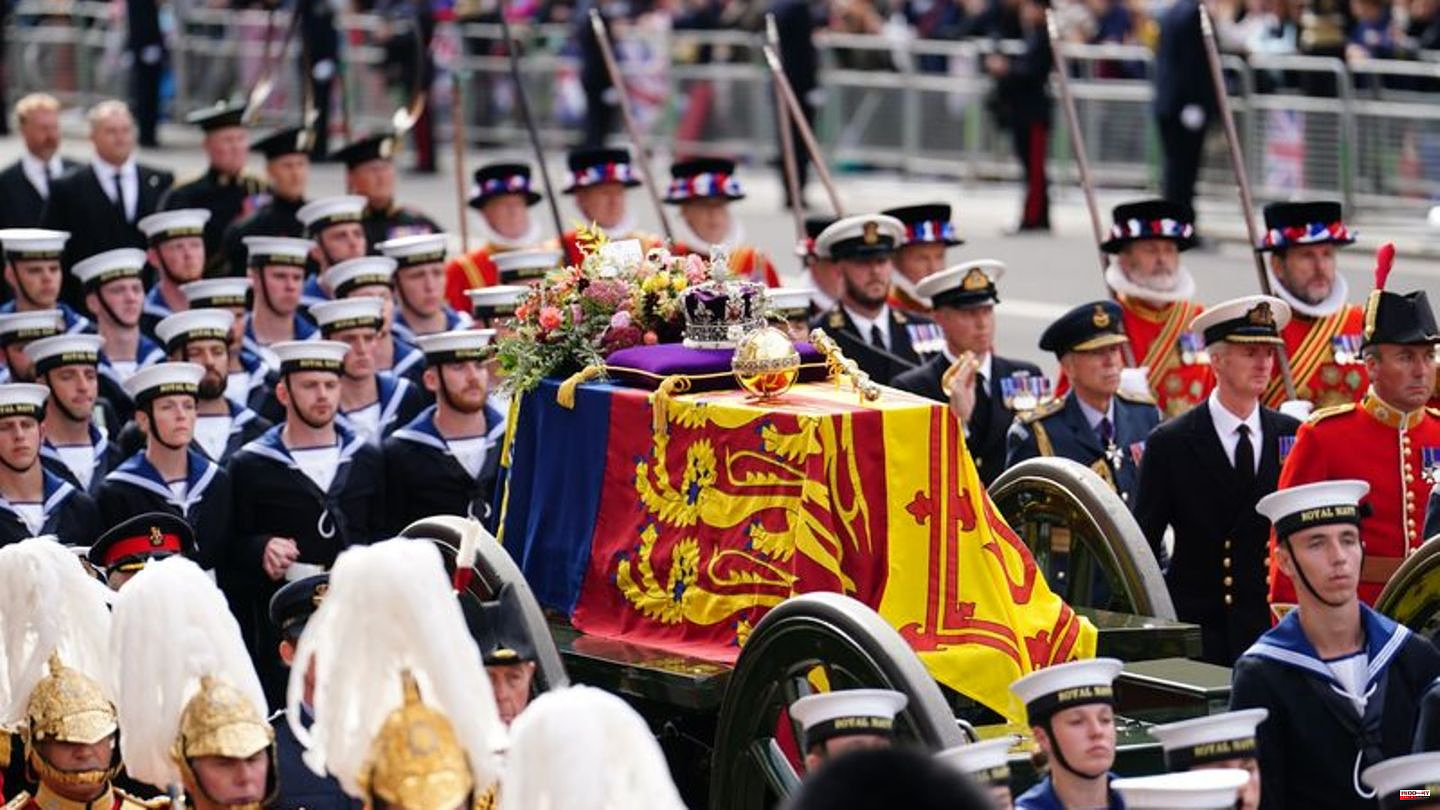 The world bids farewell to the Queen: Numerous heads of state and hundreds of thousands of people took to the streets to pay their last respects to Elizabeth II with a royal event of the century. King Charles III seemed moved when, together with his closest family, he escorted his mother's coffin through the British capital. Tears shimmered in the 73-year-old's eyes. Queen's great-grandchildren Prince George (9), a future king, and Princess Charlotte (7) also joined the funeral procession with their parents Prince William and Princess Kate (both 40).

The sympathy was great on the streets. United in mourning, crowds threw flowers into the street from the fringes as the hearse carried the Queen from the British capital for the last time to her beloved Windsor Castle for her funeral. Elizabeth was to be buried there in a private ceremony that evening. Commentators spoke of an unprecedented spectacle in recent British history. The Queen died on September 8 at the age of 96 at her country home, Balmoral Castle, in the Scottish Highlands.

The state funeral was meticulously scheduled: at 11:44 a.m. (12:44 p.m. CEST), the coffin wrapped in the royal standard was carried from Parliament’s Westminster Hall, where a number of people had paid their last respects to the Queen in state, to nearby Westminster Abbey. About 2,000 guests attended a one-hour service there. It was at the Abbey that the Queen married her husband Prince Philip in 1947 and was crowned in 1953.

Hundreds of thousands of onlookers crowded the city center. Hours before the service, all areas along the route were packed, and newcomers were escorted into Hyde Park, where the ceremony was shown on giant screens. "We put on a good show," said Londoner Kas Girdler, who watched the ceremony with two friends. "We're good at that, we can do that. Tomorrow everything will be back to normal."

A gun salute sounded every minute of the funeral procession, and the famous Big Ben bell rang regularly. A number of soldiers in full dress uniforms walked past the sites of Elizabeth's 70-year reign, such as Buckingham Palace, with the coffin. Many of the uniforms and ceremonies reminded many viewers of the former British Empire, which continued to crumble during Elizabeth's reign.

King Charles was followed by the other children of the Queen - Princess Anne, Prince Andrew and Prince Edward - in the funeral procession. Behind her walked her grandsons Prince William and Prince Harry. Their wives and William's children followed in limousines to the triumphal arch of Wellington Arch, where the coffin was transferred from a carriage to the hearse by eight porters.

As expected, Prince Andrew and Prince Harry did not arrive in uniform. Both were in the military, Andrew in the Falklands War and Harry in Afghanistan. However, they are no longer active members of the Royal Family. At the wake in Westminster Hall, they had previously exceptionally appeared in uniform.

Many eyes on the youngest royals

During the service, many eyes were on the youngest participants. Charlotte looked down a lot and wore a black hat with a bow over her long blond hair and a coat, she held her hands clasped in front of her. George wore a dark blue suit with a white shirt and tie. Her younger brother Prince Louis was not seen.

Princess Kate and Harry's wife Duchess Meghan appeared in black, but in different fashion styles. Kate (40) wore a long-sleeved coat dress, a hat with a net veil over her face and pearl earrings. She had also put on a three-row Japanese pearl necklace from the late Queen Elizabeth II. Meghan (41) wore a dress with a cape, including bare arms, as well as a sweeping hat and pearl earrings.

A good dozen queens and kings, plus sultans and even the Japanese emperor Naruhito, who otherwise never attends funerals - there has probably not been such an exquisite guest list for a long time. US President Joe Biden also attended, as did French President Emmanuel Macron and Federal President Frank-Walter Steinmeier. He expects the new British king to visit Germany in the not too distant future, Steinmeier, who spoke to the monarch at a reception on Sunday, told ZDF.

The six British ex-prime ministers who are still alive and the incumbent head of government, Liz Truss, also attended the state ceremony. Truss also took on one of the readings, as did the Secretary General of the Commonwealth of Nations, Patricia Scotland. The floral arrangements and music were specially chosen for their symbolism for the Queen. In addition to the state crown, orb and scepter, a personal letter from Charles to his mother was enthroned on the coffin. "In loving and faithful memory. Charles R." The R." stands for Rex, the Latin word for "king".

The Archbishop of Canterbury also recalled the Queen's widely acclaimed speech to the nation during the coronavirus pandemic. Elizabeth II encouraged her subjects at the time and said: "We will meet again." At the conclusion of the service, the signal "The Last Post" sounded. After two minutes of silence, the Queen's bagpiper performed "Sleep, dearie, sleep". Finally, the national anthem "God Save the King" was sung.

The state funeral was an enormous challenge for the authorities: the police, secret services and anti-terrorist units coordinated what is probably the largest security operation the city has ever experienced. Meanwhile, the country stood still - schools and universities as well as shops remained closed almost everywhere. The event also had an impact on the travel plans of numerous people. More than 100 flights have been canceled at London's Heathrow Airport. The entry lanes led over central London or Windsor Castle. The UK's main airport said they wanted to ensure there was silence during the ceremonies.

For those unable to travel to London or Windsor, the funeral service was broadcast in cinemas and many churches. Screens were also set up in public places. 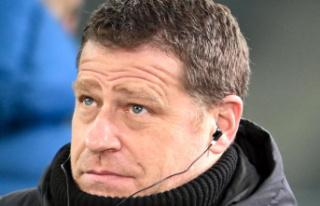 After leaving Borussia Mönchengladbach: Now it's...