RIMOUSKI | Océanic head coach Serge Beausoleil expects the Quebec Remparts to arrive in Rimouski with a knife between their teeth to show that their loss in the second game of the series on Monday night was a mistake. 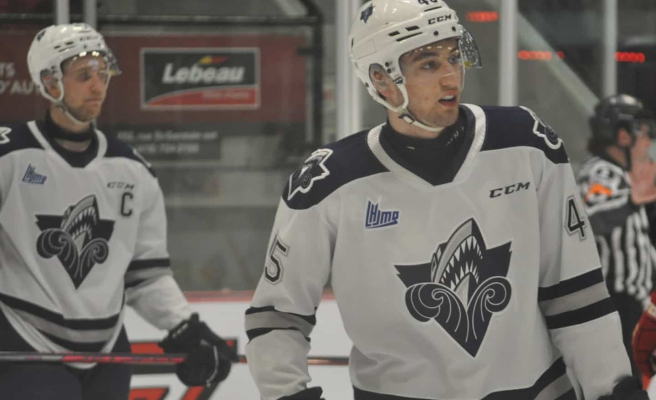 RIMOUSKI | Océanic head coach Serge Beausoleil expects the Quebec Remparts to arrive in Rimouski with a knife between their teeth to show that their loss in the second game of the series on Monday night was a mistake. of route.

“We will be ready for that. It's our job to be mistakes along the way. We are comfortable there. We have to continue to stay in our identity and work hard as we have done since the start of the playoffs. The credit goes to the players. In the last game, the trio of “Maritimers” (Liam Kidney-Cam Thomson and Alex Drover) were our best unit. There is always someone who gets up, ”commented the pilot of the Rimouski training after the morning training on Wednesday.

The Océanic does not change anything in its preparation despite the importance of the next meeting. “We are going to play the most inspired hockey possible against a very good team that gives us little room for manoeuvre. Let's stay in the present and play the best hockey we can. We don't change our routine or our way of thinking.

About the declaration of Nathan Gaucher, of the Remparts, to the effect that the Océanic would not win any more games in this series, Serge Beausoleil had this comment: “He is a very talented young man. He can be very determined without provoking the opponent, but honestly we will not bet on that as a source of motivation.

The luxury of having two good goalkeepers

A bit like with Philippe Desrosiers and Louis-Philip Guindon, in 2015, Serge Beausoleil does not hesitate to use his two goalkeepers Patrik Hamrla and Gabriel Robert in the playoffs. “Hamrla’s arrival was the turning point of the series against the Sea Dogs, even though Robert started the series well. Robert was excellent on Monday. The decision is not yet made for tomorrow (Thursday). The guys are confident with our two goalkeepers.

Words that are corroborated by Captain Ludovic Soucy. “We are lucky to have two excellent goalkeepers who keep us in games. It's up to us to work hard even if we have injuries. We are a team. It's up to others to take double bites."

Serge Beausoleil was tight-lipped about his injuries. He confirmed that Jacob Mathieu would be absent and he said that there would be returns, without wanting to identify them. The Océanic was without forwards Xavier Cormier and Maxim Coursol and defenders Mathis Aguilar and Luke Coughlin in the last game where Mathieu and Louis Robin also fell in battle. Coughlin is out long-term, the others are considered day-to-day.

1 Betclic Elite: Collet elected best coach of the season,... 2 Canada's Got Talent champion: Jeanick Fournier's... 3 These are the cheapest hours this Thursday 4 “I am not an extreme”: the strange sequence of... 5 Child pornography: a 43-year-old man from Magog is... 6 The King Emeritus will arrive in Spain tomorrow and... 7 Rob Blake would put down roots in Los Angeles 8 'The Bad Dog' reissues the famous novel... 9 Four Chinese and an American charged in New York with... 10 Formula E: a calendar set to change 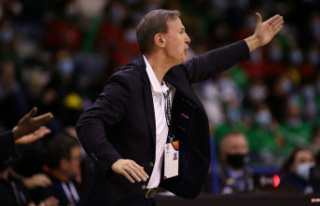