A sworn enemy of President Putin to the point where the latter had him poisoned, Alexeï Navalny is seen in the West as the man who could straighten out Russia. 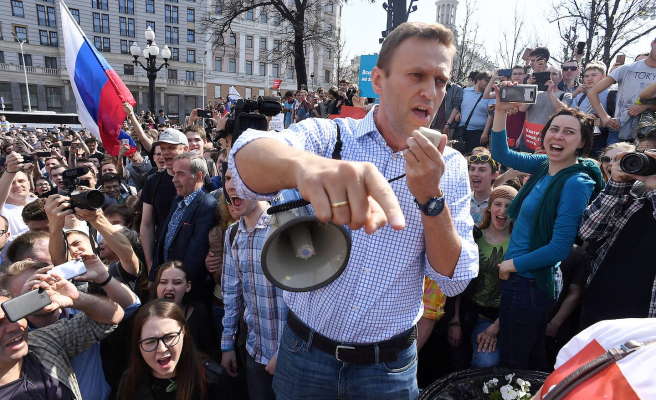 A sworn enemy of President Putin to the point where the latter had him poisoned, Alexeï Navalny is seen in the West as the man who could straighten out Russia. But only a tiny fraction of Russians see him as a savior, and the man's past raises more questions than it brings hope.

• Read also: Ukraine: an influx of weapons which raises fears of smuggling

Alexeï Navalny is the leader of the opposition to dictator Vladimir Poutine, of which he denounces the corruption of the regime, the repression and the absence of democracy.

The popular demonstrations he organized earned him the reprobation of the regime. Navalny becomes a world-famous figure when he narrowly survives poisoning by the Russian secret service in August 2020.

After recovering in Germany, he surprised the whole world by returning to Russia in January 2021 where he was immediately imprisoned. Last March, he was sentenced to nine and a half years in a maximum security institution for corruption.

In 2006, Navalny participated in the Russian March which brought together ultranationalists.

“We discover some fairly racist positions. He compares Georgians to rodents that should be expelled from Russia, ”recalls Michel Roche, professor of political science at UQAC and specialist in Russia.

“He makes absolutely inadmissible, xenophobic remarks. The Navalny of this period is not very recommendable, ”adds Yann Breault, assistant professor at the Royal Military College of Saint-Jean and specialist in Russian foreign policy.

Since 2010, Navalny, the blogger, has embarked on the hunt for corruption.

“He will establish himself as a key figure in social media, having very skilful communication strategies. As a fine strategist, he does not directly attack Putin, who is so popular, but his immediate entourage, ”explains Mr. Breault.

“His supporters are essentially young urban professionals who aspire to better standards of governance and who see in this character someone courageous who dares to denounce the financial embezzlement of a corrupt elite, continues Mr. Breault. But many Russians know that there is corruption, it always has been. As long as the government is efficient and the quality of life increases, we pretend not to care too much about it. »

“Let's just take a Levada survey. It is an independent house to the point where it is now considered by the Russian government as a foreign agent. Navalny's approval rating was 2%. It galvanizes a small part of the youth,” he says.

According to another poll conducted by the same firm last July, only 14% of Russians approved of Navalny's activities and only 24% of 18-24 year olds.

Not a threat to power

“We always talk about Navalny as if he were very important in Russia. Whereas in Russia as well, before his poisoning, it was not a threatening phenomenon for the power in place. Even with free elections, he would not have been able to get elected, ”said Yann Breault.

“In our way of dealing with the Russian opposition, we stick to personalities like Navalny, while the opposition in Russia exists. There are unions fighting there. There are movements for the protection of the rights of homeowners, consumer protection associations, the committee of soldiers' mothers to protect young people who are enrolled in the army. Because military service is compulsory and they are sometimes taken outright,” concludes Mr. Roche.

Difficult to establish or not his guilt

Outside Russia, Navalny is seen as a political prisoner. Explaining that this is plausible since there is no "strong separation" in Russia between the judicial and political systems, Michel Roche, specialist in this country at UQAC, is "not ready either to give Navalny the good Lord without confession. He needed a lot of money to finance all sorts of things. He was nevertheless for a year on the Board of Directors of the airline Aeroflot. He was also a little bit in this class of influential and very corrupt people. The problem in Russia is that there is hardly anyone who has been able to become rich without being corrupt. But if you're out of the regime's good graces, it's pretty easy to find evidence of corruption. »

He fears being tortured

In a tweet on May 4, Navalny discusses his fears of being transferred to the penal colony of Melekhovo, "where prisoners' nails are pulled out," he wrote. “Navalny’s latest conviction takes his detention regime from general to strict, so he could be sent there. We do not have a report on Melekhovo, but the media have reported that torture, including sexual violence, is practiced there, and that at least one person is said to have died from the beatings. The prison administration is generally aware of these facts and often directly involved,” explained Camille Ducroquet, of Amnesty International.

Poisoned by the Russian secret service

On August 20, 2020, while on a plane to Moscow, Navalny writhed in pain. Hospitalized, he fell into a coma. His entourage suspect poisoning which will be confirmed after his transfer two days later to Germany. The Novichok poison, developed and already used by the Russians, is detected. In December, Navalny, CNN and the media outlet Bellingcat trapped a Russian secret service agent on the phone who explained that the poison had been placed in the blogger's underwear.

In February 2021, Amnesty International created a surprise by withdrawing Navalny's prisoner of conscience status. He will recover it in May of the same year. “Our concerns were due to the fact that he had in the past made comments that could amount to a call for hatred that could constitute incitement to discrimination, violence or hostility. We fight racism and all forms of discrimination everywhere. But, whatever his past, Amnesty International considers that Alexei Navalny is unjustly detained for having exercised his freedom of expression,” said Camille Ducroquet, communications manager for Amnesty International Canada.

Navalny comes from a politicized family, especially after the Chernobyl accident, he told CNN. His father's family comes from a village 10 km from the plant. Authorities asked residents to plant potatoes in the radioactive dust "to pretend that the situation was normal". The population will leave the village a little later. As he spent his summers at his grandmother's house, he would have been a victim of the disaster if it had happened in June rather than the end of April, he told Esquire in 2020. He adds to CNN that the Putin's lies remind him of those of Soviet-era leaders.

1 Organ donation: a 2-year-old 'died a hero' 2 A pothole we can get our legs in 3 Millions at private clinics during the pandemic 4 QS is committed to creating a “right to telework” 5 End of the mandatory mask: concerns among immunocompromised... 6 Pee-wee tournament: Quebec Stars Women's team... 7 Pee-wee tournament: still a long way to go 8 Mountain Biking Frenzy Explained 9 Zidane's volley, step by step 10 Crypto assets enter their winter 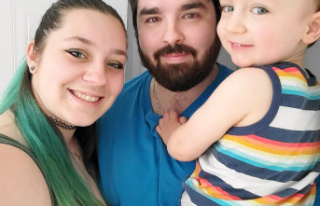