Three months of war between Russia and Ukraine. 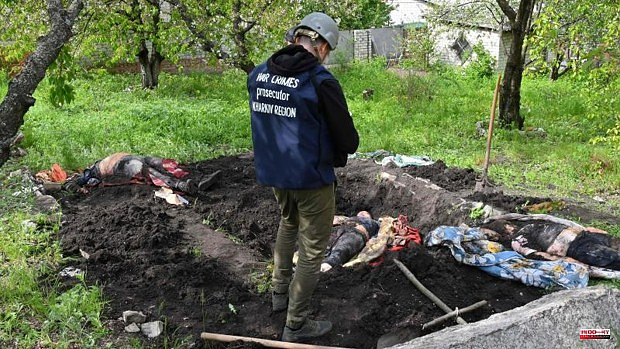 Three months of war between Russia and Ukraine. These are the milestones, keys and protagonists that explain the tragedy:

This steel mill has become a symbol within a symbol, the city of Mariupol. The Kremlin forces found themselves with a defense whose backbone has been the Azov battalion. Zelensky ordered last Friday to lay down their weapons to avoid the martyrdom of the last defenders in the metallurgical plant after almost three months of resistance.

The images of dead civilians went around the world in April, causing outrage and stupor. Since the liberation of this town north of kyiv, more than 400 bodies have been removed from the streets. Many victims were executed.

Zelensky accused the Kremlin of genocide and the UN called for a war crimes investigation.

Ukraine claims to have identified 13,000 possible cases, accusations that Russia strongly denies. Yesterday, a Ukrainian court sentenced a Russian soldier to life in prison for killing an unarmed civilian in the first war crimes trial in this conflict.

After abandoning its assault on the capital, Russia has focused its offensive on the east and south for two months in the face of mounting sanctions and a fierce Ukrainian counteroffensive reinforced by Western weapons. kyiv has ruled out any ceasefire agreement that involves the transfer of territories to Moscow.

Zelensky also came into play in the musical field and asked for the vote for the representatives of Ukraine. Kalush Orchestra and the song 'Stefania' won the contest thanks to the great wave of solidarity displayed among the public. As soon as the performance was over, the artists launched a message of help for their country.

Irpin, Bucha or Kharkov are some of the great defensive barriers that the Russian forces have not been able to overcome. If the first stage was characterized by attempts to break through quickly with bombing, since April the Kremlin has been carrying out a more methodical advance.

The crisis unleashed in the far east of Europe has cast many doubts on the energy supply of the European Union. Can you do without Russian gas? The key is Germany. Community countries have been replacing coal plants and nuclear power plants with renewable sources for years, but it is still not enough.

Russia and Ukraine supply 28% of the world wheat market. The cost of food in some of the poorest regions of the world has skyrocketed since the beginning of the invasion, according to a study by Alianza por la Solidaridad-ActionAid. For example, a package of pasta costs 275% more than three months ago in communities in Lebanon, while the price of a loaf of bread in Somaliland is 163% higher.

In the fall of 2021, US intelligence already warned its European partners and Ukraine of a potential Russian invasion in the east of the country, where a low-intensity war has been going on for 8 years. Despite satellite images showing unusual activity by Russian forces across the border, neither kyiv nor European diplomacy recognized that Russia would dare to escalate with incalculable consequences.

Developed in the US in the 1990s, it has become the Ukrainian resistance missile against Russian tanks. kyiv has received several shipments of these weapons to stop the advance of armor.

After six weeks of constant threat of assault, the world witnessed this region being fully liberated from the siege and occupation of Russian troops. The enemy forces failed in their attempt to carry out a hit-and-run operation on the capital. They were also unable to surround it, so they opted to withdraw their troops quickly. A severe setback for Putin.

The alliance between Moscow and Minsk has been strengthened since the rigged elections of 2020. In the months before the war, numerous Russian troops were deployed to Ukraine's border with Belarus. But the entry of Belarusian troops into the conflict has not been more than a threat. In the face of Russian military failure, at times even Lukashenko himself has loosened his neck a bit.

The name of this city located by the Sea of ​​Azov (445,000 inhabitants, before the war) will undoubtedly remain engraved in memory as a symbol of siege and massive destruction, as in the past were Aleppo (Syria) and Grozny ( Chechnya). A martyr city plagued by historical tragedies.

'Denazifying' Ukraine is one of the Kremlin's main propaganda arguments to justify the invasion of Ukraine. That is: to 'liberate' the Russophone population from the 'Ukrainian clutches'. And the symbol of this operation is the famous letter Z.

In Spain, the frictions of the government coalition marked the first weeks. Against the so-called "war parties", the Podemos ministers criticized the arms shipments, promoting "precision diplomacy" instead. In April, Zelenski intervened in the Congress remembering Guernica and the activity in Russia of two Spanish companies. Even so, despite Pedro Sánchez's visit to kyiv, Spanish military aid is trailing behind the West.

Its supposed expansion to the east has been one of the pretexts used by the Russian propaganda apparatus to justify the invasion of Ukraine. However, what Putin has achieved has been to encourage historically neutral countries, such as Sweden and Finland, to request their accession to the Atlantic Alliance to dissuade Russia from repeating "operations" like the one in Ukraine.

The Russian autocrat has crossed all possible red lines and has been charged with a total of 13,000 alleged war crimes by the Ukrainian Prosecutor General's Office. Furthermore, he is leading his country into an iron dictatorship. An example is the repression exerted against Russian citizens opposed to the invasion.

The founder of the Azov battalion, Andrei Biletsky, was the first to denounce the use of chemical weapons in Mariupol by the Russians. He claimed that three people had been slightly injured when the Kremlin dropped a poisonous substance of unknown origin from a drone on the Azovstal steelworks. The pro-Russian forces denied the chemical attack.

More than 14 million people have fled their homes since the start of the invasion, according to the UN. About six and a half million have gone to neighboring countries, while eight million are displaced within the country itself.

In the first days of the invasion, kyiv was very clear about what it needed from the West: disconnect Russia from the SWIFT system, freeze the accounts of the Russian Central Bank and impose a no-fly zone. Well, some entities were disconnected and assets were frozen, but air exclusion was ruled out so as not to internationalize the war. Since then and by forced marches, the EU has sought to reduce its energy dependence.

Russia would have lost hundreds of armor. Specialized sources, such as the Oryx blog, have confirmed the destruction of 361 Russian tanks and it is also estimated that Ukraine has captured another 239. The reasons: Western anti-tank weapons delivered to Ukraine and colossal flaws in the Russian strategy.

Ukraine aspires to join the EU, but that dream is still a long way off (no less than a decade of waiting). At the moment, the project promoted by the President of the European Council, Charles Michel, is gaining strength: a European geopolitical community that can welcome kyiv but without weakening the EU.

Like every May 9, Russia commemorated the victory of the Red Army over Nazi Germany. It was possible that this year Putin would use the event to formally declare war. Instead: criticism of the West, NATO and kyiv for endangering Russia's security.

Zelensky's other war is being waged on the internet and on social networks. The Ukrainian president has shown that war conflicts in 2022 are hybrid: they are fought on the battlefield, but also on the communications field. It is not the first time that the loser of a war has become the moral and media winner.

Luxury boats and real estate belonging to the biggest Russian oligarchs have been the target of the police authorities of Spain, Italy or the United Kingdom since the beginning of the conflict. There are several names of pro-Kremlin businessmen whose properties have been affected or their assets frozen, such as the owner of Día, Mikhail Fridman, or the owner of Chelsea FC, Roman Abramovich.

The war has made him a hero of Ukraine and a symbol of resistance. Reluctant to leave kyiv and always dressed in his khaki military shirt, the once-comedian has forged an image of himself as a close, brave and hyperactive leader.

1 "What has happened in Pakistan has nothing to... 2 The Prosecutor's Office does not appeal the acquittal... 3 Labor accuses low-paying companies of driving away... 4 First wounded of the Ukraine war in Madrid: "They... 5 Champions, Europeans, relegated: the verdict of the... 6 Energy: record number of disputes with the Mediator... 7 Visa pour l'image intends to show Ukraine but... 8 Literature in the spotlight at the festival “Oh... 9 Roland-Garros: fog horn, songs and football stadium... 10 The Cortes get 'muddy' in the first 'face... 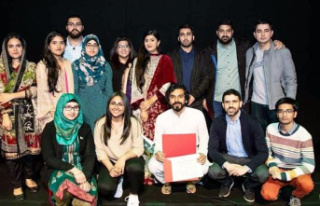 "What has happened in Pakistan has nothing to...