The war in Ukraine is likely to lead to a "devastating Russian defeat", according to an expert on economic policy in the Eastern European region. 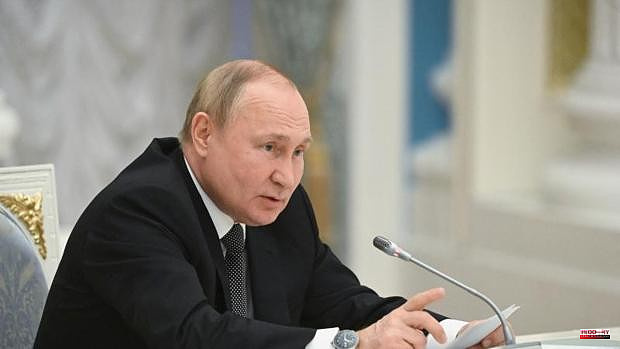 The war in Ukraine is likely to lead to a "devastating Russian defeat", according to an expert on economic policy in the Eastern European region. In an opinion piece published in 'Foreign Affairs' last week, Swedish economist Anders Aslund, who worked as an economic adviser to the Russian and Ukrainian governments in the past, predicted that Russian President Vladimir Putin is likely to see "one of the most spectacular failures in contemporary history" as his troops continue to fight to a military victory three months after the battle.

The resistance of the Ukrainian people has dealt an unexpected blow to Putin, prolonging the war far beyond what the Kremlin was prepared to face when the invasion was ordered on February 24.

As the war enters its fourth month, the determination of the Ukrainian people, coupled with military aid from their Western allies, points to an unfavorable end to Putin, whose own troops have begun looking for ways to go against their leader and leave Ukraine. Aslund warned that the end of the war will not only be a military failure for Putin, but an economic defeat, one unlike anything the country has seen and one that will reverberate around the world.

"Today, Russia is facing not only a humiliating defeat, but also a horrendous economic collapse, for which Putin bears full responsibility," Aslund wrote. Citing the heavy Western sanctions that were quickly imposed on Russia in response to the war, Aslund said that "in a single day, Putin wiped out most of the economic gains Russia had made since 1991."

The economist warned that the gravity of Russia's economy has pushed the country's elite to the brink and suggested that Putin could be ousted by those once in the president's inner circle, if public outrage does not topple his government first.

“In August 1998, after six days of a much less severe financial crisis, Russian President Boris Yeltsin ousted his government. Putin, by contrast, has not allowed anyone in his government to resign, forcing everyone to stick with him to the bitter end. Aslund wrote: "It goes without saying that fear seems to be prevalent among the Russian government elite."

"Social unrest has not been widespread in recent years, but it does occur, and the projected level of decline in output and living standards has not been seen since the early 1990s," Aslund added. "A natural popular reaction would be widespread social unrest, exacerbating tensions between the security services."

"Whatever the outcome, the West must start planning for the collapse and reinforcement of the Putin regime," Aslund concluded, noting that "this would not be the first time that Moscow has launched an ambitious military adventure in search of additional territory." , only to find himself outmatched and humiliated."

1 Grenoble. Traffic is disrupted following an accident... 2 Angelo Sodano is now deceased. 3 Commitment of the Board to continue supporting the... 4 Four arrested for attacking each other with sticks... 5 Enfuriated Pharmacy: "If you don't add humor... 6 Perigueux: She misses her niche, and ends up in a... 7 Roland-Garros: End of the fairy tale for Leoliajean... 8 Darvin Ham, a rookie to refloat the Lakers 9 A colossal Jimmy Butler forces Game 7 in the Eastern... 10 Video. Biarritz, a professional mermaid who was invited... 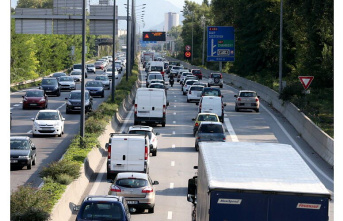