Win the hearts and minds of the Ukrainian people. 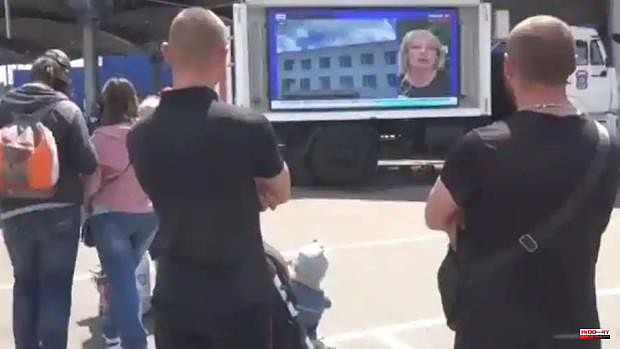 Win the hearts and minds of the Ukrainian people. That is the objective of the Russian forces so that the occupation of Donbass is not a flash in the pan but lasts over time at an affordable cost for their coffers. To do this, after the horrors of Mariúpol, the Aleppo of Europe, in the words of the High Representative for the EU in Foreign Affairs, Josep Borrell, Moscow has mobilized a series of trucks with giant television screens where they can broadcast Russian propaganda continuously .

Russian troops are taking mobile propaganda vans with big-screen televisions into the captured Ukrainian city of Mariupol in a bid to change local perceptions about the war and Russia.

The videos, shared by the TASS news agency, show the vans, called "mobile information complexes", playing state television news and political talk shows where experts support the invasion of premises in the ruined city that it still lacks electricity and running water.

With an Orwellian aesthetic, the vans can be seen parking in places as symbolic as the Mariupol drama theater, where hundreds of people were killed in an airstrike in March.

“The people of Mariúpol have been held in a virtual information vacuum for three months due to the lack of electricity,” wrote the Emergencies Ministry in a statement collected by 'The Guardian'.

The mobile screens have reportedly been deployed at places where Mariupol residents receive humanitarian aid, Russian documents, and at points in the city where drinking water is available.

The press service of the Russian Emergency Situations Ministry told TASS that the vans were deployed in the city because, for almost three months, "residents of Mariupol were in an information vacuum due to the lack of electricity supply." .

1 These are the cheapest hours of electricity this Wednesday 2 Armengol reduces tourist places by law amid doubts... 3 Reyes Maroto highlights that the dairy sector is a... 4 Correos faces three days of strike in the midst of... 5 Sánchez puts obstacles to gas pipeline connections... 6 The English Court closes the centers of La Vaguada... 7 A motorist dies after colliding with a trailer on... 8 The 'punctures' to a network that exploited... 9 The 'Forgotten Battle' returns to Abánades... 10 At least one dead and two injured in a shooting at... 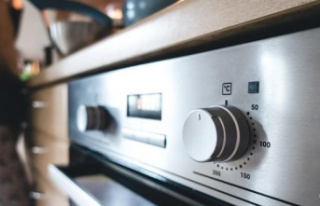